Opinion | Is the U.S. Economy Growing or Not? 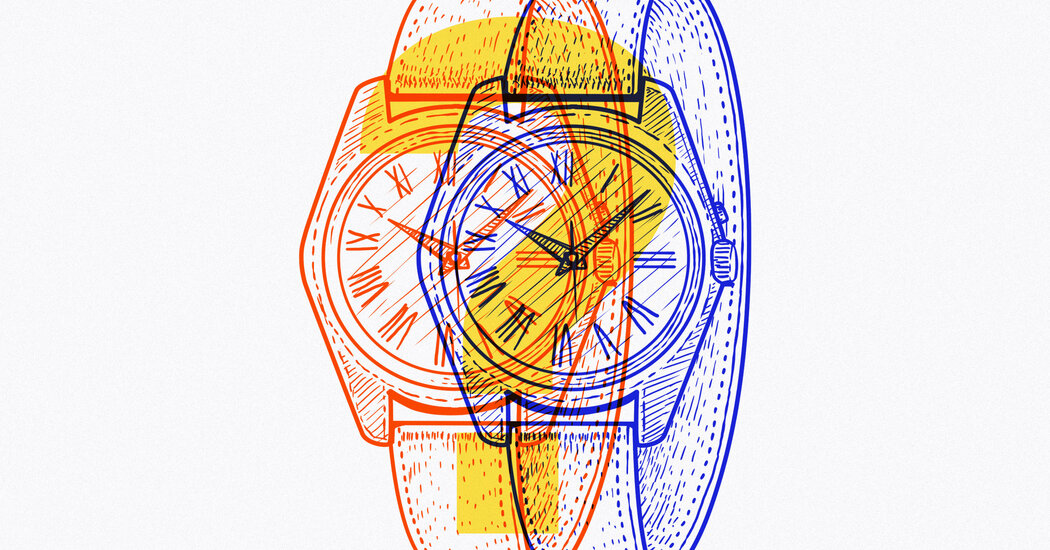 We have the same problem with the two measures we use for the size and growth rate of the U.S. economy. Should we trust gross domestic product or gross domestic income? In theory, the two are equal down to the penny. In practice, they’re not, and the current gap between them is the biggest it has been since quarterly measurements began in 1947.

On Thursday the Bureau of Economic Analysis will issue its first estimate of the economy’s second-quarter performance. The median forecast of economists surveyed by FactSet is that the economy grew at a 0.8 percent rate in the second quarter. But there’s a decent chance it shrank again. (If you want to know why two quarters of shrinking G.D.P., if that’s what we get, aren’t proof of recession, read my colleague Paul Krugman’s explanation here.)

The bureau’s report will come one day too late for the Federal Reserve to consider it; the Fed completes a two-day meeting of the Federal Open Market Committee on Wednesday. The committee is expected to raise the target range for the federal funds rate by three-quarters of a percentage point to cool off economic growth and lower inflation.

Back to that discrepancy: Which wristwatch is less reliable? One theory is that first-quarter G.D.I. was overstated, perhaps because corporate profits and proprietors’ income were overstated. An alternative theory is that G.D.P. was understated, possibly because business investment was understated. Either of those possibilities, if true, could be explained by the aftershocks of the pandemic recession of 2020, which was the deepest (and shortest) on record.

On Thursday you won’t have a choice between the two wristwatches because only the G.D.P. estimate will be reported. The G.D.I. number will come out one month later.

There is no gold standard against which to compare G.D.P. and G.D.I. to see which is more reliable. Instead, economists see how each of them compares to a variety of other measures, such as the jobs report and surveys of purchasing managers. Economists also look at whether the initial measure of G.D.P. gets revised to be closer to G.D.I., or the other way around. At times, G.D.I. has seemed a better choice, but at other times, G.D.P. has looked more accurate.

The Business Cycle Dating Committee of the National Bureau of Economic Research, which is the official arbiter of when recessions begin and end, used to say that it “views real G.D.P. as the single best measure of aggregate economic activity.” But now the committee doesn’t play favorites. It says that “in examining the behavior of production on a quarterly basis, where real G.D.P. data are available, we give equal weight to real G.D.I.” (“real” meaning “adjusted for inflation”).

A simple solution is to split the difference. In fact, the Bureau of Economic Analysis has begun reporting a simple average of G.D.P. and G.D.I. growth, which in the first quarter was 0.1 percent.

But splitting the difference is kind of giving up. Economists at the Federal Reserve Bank of Cleveland in January released a working paper with a more ambitious concept. The authors try to measure economic activity accurately and on a monthly — not just quarterly — basis by pulling together all of the data that goes into G.D.P. and G.D.I., as well as other indicators, such as employment, and applying sophisticated econometric techniques to ferret out meaningful patterns.

“Our new monthly reconciled density estimates of true G.D.P. are found to better align with historical U.S. business cycles than separate estimates” of expenditures and incomes, wrote the authors, Gary Koop and Stuart McIntyre of the University of Strathclyde in Glasgow, James Mitchell of the Cleveland Fed and Aubrey Poon of Sweden’s Orebro University.

Think of their method as merging two wristwatches into one.

You don’t have to be a follower of the economist Milton Friedman — who famously said that “inflation is always and everywhere a monetary phenomenon” — to accept that when the supply of money grows very rapidly, inflation tends to follow. The following chart shows the annual growth rate of a broad measure of money called Divisia M4, which includes currency, checking and savings accounts, money market funds, repurchase agreements, commercial paper and Treasury bills.

So today’s high inflation shouldn’t come as a big surprise. “The expansion of DM4 in 2020-21 was three times as rapid as during the inflation episode in the 1970s or the monetary-infused crisis in 2008,” Lawrence Goodman, the president and founder of the Center for Financial Stability, which calculates Divisia M4 and other monetary aggregates, wrote to me in an email.

Inflation didn’t break out after the global financial crisis of 2007 to ’09 because growth in DM4 actually shrank then, Goodman said. How could it have shrunk despite the Fed’s monetary stimulus? Because the Divisia monetary aggregates, unlike the Federal Reserve’s measures, take into account the spending potency of different kinds of money. For example, cash is highly spendable, so it gets a heavier weight in the measure. After the global financial crisis, the financial system was damaged, so it did a poor job of transmuting Federal Reserve stimulus into spendable funds. After the pandemic began, the Fed was more aggressive, the financial system was healthier, and the Biden administration’s pandemic assistance provided a lot of spendable funds for both consumers and businesses.

Growth in Divisia M4 has since retreated to roughly normal levels, so the inflationary pressure has diminished.

Quote of the Day

— William Julius Wilson, “When Work Disappears: The World of the New Urban Poor” (1996)

Have feedback? Send a note to coy-newsletter@nytimes.com.