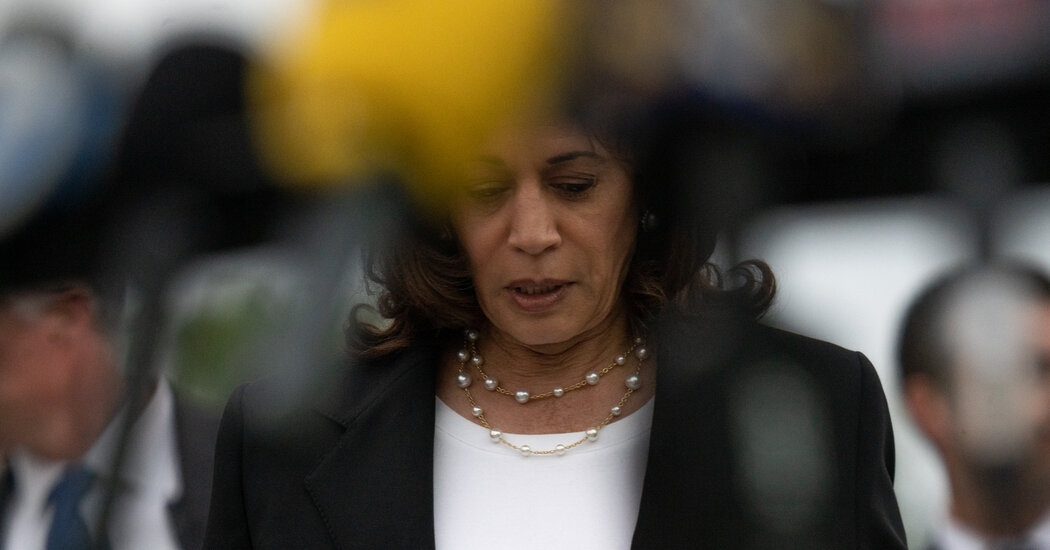 That Ms. Harris has been stuck in a political role is troubling for anyone concerned about the stability and continuity of the executive branch. No American president has celebrated his 80th birthday while in office, as Mr. Biden is set to do on Nov. 20. He is, thankfully, experiencing “very mild symptoms” from the coronavirus, but it’s still hard to ignore actuarial reality and the plain fact that he appears frailer than a man or woman of 60 (or, for that matter, his 57-year-old vice president).

Of the 15 vice presidents who became president, eight came to office after the death of a president. (Four were later elected on their own.) That gives the vice presidency a sober weightiness, even when presidential candidate and running mate are pictures of middle-aged vitality, as, say, Jimmy Carter and Walter Mondale were in 1976, or Bill Clinton and Al Gore in 1992.

A penumbra of frailty has shadowed the modern presidency. It clung to Roosevelt by the end of his third term, though, because it was wartime, was rarely discussed publicly. It touched the 70-year-old Ronald Reagan, shot and wounded by a would-be assassin in March 1981, and Eisenhower, in September 1955, when the 64-year-old president suffered a major heart attack. Mortality was often on Eisenhower’s mind. In 1954, as he mulled running for a second term, he referred in his diary to “the greater likelihood that a man of 70 will break down under a load than a man of 50,” and, above all, the “growing severity and complexity of problems that rest upon the President for solution.”

Ms. Harris is not to blame for her relative paucity of national and international experience: she had been in the Senate less than four years when Mr. Biden selected her, and he did so knowing that she had never served in an executive role. But, in the nearly two years since Mr. Biden tapped Ms. Harris as his running mate in August 2020, we’ve learned that her bonds with Mr. Biden and key administration officials are relatively thin. It’s no small matter that she’s had only a handful of private lunches this year with Mr. Biden. And after her first lunch with Secretary of State Blinken, in February, 2021, she reportedly expected their lunches to continue, as they had for then-Vice President Biden with Secretary of State Hillary Clinton. Such interaction had been customary; for instance, in the late 1950s, Vice President Nixon formed an almost filial relationship with Secretary of State John Foster Dulles. Regular Harris-Blinken lunches, though, didn’t happen (although the two have met, talked by phone, and have what one State Department official calls “regular engagements…regular interaction”).

A deeply reported new book by two Times reporters, Jonathan Martin and Alexander Burns, titled “This Will Not Pass: Trump, Biden, and the Battle for America’s Future,” paints an authoritative portrait of the Biden-Harris relationship — or absence of one. It describes how Mr. Biden’s advisers were willing to overlook Ms. Harris’s weaknesses in favor of Mr. Biden’s immediate political interests and saw that her chief value came from helping to win the 2020 election. She was a historic choice, destined to become the first woman, the first African American, and the first South Asian American to serve as vice president. As for presidential readiness, Mr. Biden was more focused on putting together a multiracial coalition, to reflect the nation’s diversity in his administration.

Ms. Harris has been a regular target of negative stories — about staff disarray and departures, or her annoyance that White House staff didn’t stand when she entered a room, or even her discomfort in some media interviews. She has also faced double standards in how she is seen and judged, as many women and people of color are, including when they are “firsts” in jobs.