Opinion | The Anticlimax of the Jan. 6 Hearings 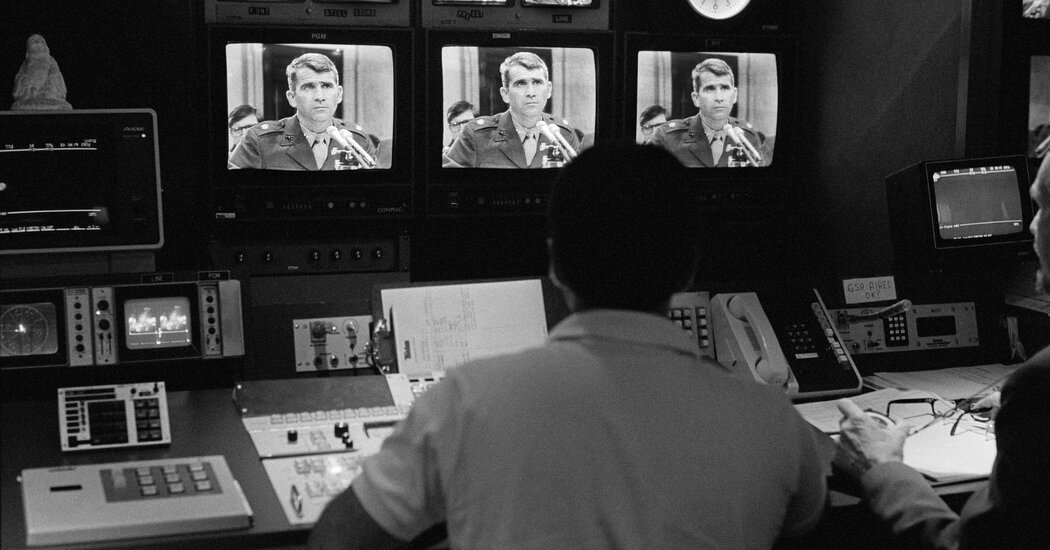 A public examination of the apparent plotting and planning that exploded into violence on Jan. 6 ought to make for great TV; the efforts to overturn the presidential election were at turns grimly serious and darkly comic, oscillating wildly between parody and horror. But the Capitol riot hearings, which begin on Thursday, may well be a dud.

Even if they manage to drag a few million American eyeballs away from the streaming platforms for a few evenings with some measure of spectacle and the promise of comeuppance for some of the minor and expendable figures from Trumpworld, their scope and impact are likely to be minor. The modern Democratic Party has not often shown itself to be capable of transcendent political showmanship, and the televised congressional hearing, as a genre, has likewise been in decline for a long time.

Democrats, liberals generally and a few anti-Trump Republicans who have become pariahs in their party have been burned before in their efforts to hold Donald Trump and his allies accountable — by the breathlessly anticipated report from Robert Mueller, by two impeachments that led only to acquittals in the Senate, by the steady drip-drip of petty crimes and gross corruptions out of Mr. Trump’s circle, none of which brought about the cinematic courtroom conclusion that many seemed to hope for: an unambiguous and final guilty verdict.

What’s more, there is little evidence to suggest that something as analog and old-fashioned as sworn witness testimony is going to change anyone’s mind. Frustrated Democratic voters have watched for years as the G.O.P. has wielded congressional hearings to great media effect while their own party clung to forms and procedures, unable and unwilling to do what was necessary to break through the noise.

As with so much else in America’s increasingly gerontocratic political culture, the desire for decisive congressional hearings feels trapped in amber, pure nostalgia for a now-lost and lamented era of consensus reality, when, as it has become fashionable to observe, people disagreed about politics and policies but agreed on the facts.

To the extent that the boom years between the end of World War II and the malaise of the 1970s were a halcyon era of political consensus and formal cooperation between the parties, it was itself, ironically, a kind of byproduct of politics as entertainment. The Kefauver mob hearings of the 1950s, which provided a spectacular glimpse into the highest levels of organized crime in America (and would partly inspire “The Godfather: Part II”), were one of the first great daytime hits for the new medium of television, a blockbuster at a time when fewer than 10 percent of Americans even owned a set. While the hearings had little impact on the mob in America, they inspired several Hollywood films, and their exceptional television ratings helped set TV on course to become one of the dominant modes of mass communication and entertainment in America.

The dominance of television had a regularizing effect on American politics and culture, dissolving old regional political coalitions (and cultural distinctions) and softening the ideological disparities between national parties.

It is worth noting, though, that this period of political consensus after World War II was an outlier in American history. Politics had, up until that point, been defined both by regionalism and by savage factionalism. And even during this brief midcentury period, televised hearings may have done much less to shift political discourse or deliver just outcomes than the nostalgic view would lead us to believe. More than two decades after the Kefauver hearings, the Watergate hearings forced a president to resign and perhaps even felt like a brief victory over the general attrition and attenuation of American democracy, but Gerald Ford pardoned Richard Nixon, sending voters a simple message: that powerful people will rarely face real consequences and that other powerful people will step in to protect them when they do.

This was only reinforced by the Iran-contra hearings the following decade. The hearings themselves were compelling; the tenor and quality of questioning can feel like a transmission from a lost world of verbal dexterity and mental acumen compared with today’s ponderous gasbagging, and one of the underlings went to prison, but many of those most responsible escaped any serious penalties. This tendency continued through the next decade, as the Whitewater investigation and impeachment of Bill Clinton devolved into little more than a tawdry exercise in erotic fiction, and he emerged from his congressional acquittal more popular than he was before the impeachment and trial.

The Clinton hearings, however perverse and ultimately useless, signaled a shift in how the right deployed congressional hearings, building on its savvy understanding of the contemporary media environment. The hearings were a bottomless source of earned media in both the mainstream and the partisan press, and even if they failed to remove Mr. Clinton from office or do lasting damage to his political fortunes, they exercised and energized the Republican base. They were an early test for Rupert Murdoch’s empire in America and other conservative media, and they heralded a retrenchment of party factionalism and a new kind of regionalism, one defined less by geography than by its walled-off media environment, with legislators representing, speaking for and speaking to communities of ideologically aligned media consumers as much as any state or congressional district.

The Benghazi hearings of the 2010s were an inevitable development: an admittedly and explicitly partisan affair, designed to damage Hillary Clinton. With disciplined messaging (and a mainstream press eager to avoid any suggestion of liberal bias or favoritism), Republicans were able to turn Benghazi and her use of a private email server into electoral liabilities. Though Democrats largely believed she handled herself well, her testimony hardened negative opinion of her on the right and may have served to turn some more politically disengaged voters against her as well. Ms. Clinton lost the 2016 presidential election, and Benghazi fizzled out of the American political vocabulary, replaced by the many new derangements, conspiracy theories, spills, thrills and chills of the Trump years.

Now, Democrats hope, in part, to turn this tool of political communication back on Mr. Trump while conducting a sober inquiry into the apparent plotting of Jan. 6 — impulses that are irreconcilably in tension with each other. It is possible that the Democrats will succeed in one or the other, but by trying to make the hearings both, the committee risks making them neither. The Republicans running the Benghazi hearings succeeded in shifting public opinion or at least energizing their base by never pretending that the hearings were a sober inquiry. They were a show. Democrats have the ingredients for their own, but will they use them?

Certainly, Mr. Trump’s circle is full of some of the most garrulous and unedited self-promoters in America, the kinds of people an investigator or prosecutor usually dreams of, because they often cannot refrain from bragging so much, they eventually incriminate themselves. What’s more, from all early indications, the committee has been — surprisingly — successful at unearthing a great deal of pertinent and troubling information, despite some stonewalling and defiance from a few Trump loyalists and enablers. Pure, gossipy, tabloid curiosity alone should be enough to get viewers to tune in for a chance to glimpse Jared Kushner or Ivanka Trump giving a deposition on camera.

But because Democrats — and the committee’s few cooperating Republican members — seem determined to conduct a sensible inquiry, the hearings ultimately promise an anticlimax. They will serve as a great font of running commentary on Twitter for a few days, among the relatively few users who regularly tweet about politics. They seem unlikely to penetrate Facebook’s impenetrable algorithm. Like everyone over the age of 30, I live in psychic terror of whatever kind of inscrutable TikToks it will produce. The cable stations will sort along ideological lines; the big national newspapers will strive for balance, although plenty of them will write about grave threats to democracy.

What Democratic leaders fail to appreciate is that our society seems to be reverting to the factional, regional and violent version of America that existed before television — during a long 19th century from which we awoke only briefly and imperfectly. The calls to execute the vice president of the United States, which the president allegedly heard and seemed to acknowledge, have proved insufficient to arouse the conservative movement and the Republican Party’s remaining scruples. A terrifying historical counterfactual is that the only thing that might have gotten enough of the G.O.P. on board to matter would have been if the rioters had actually gone through with it, and even then, it’s hard to be sure.