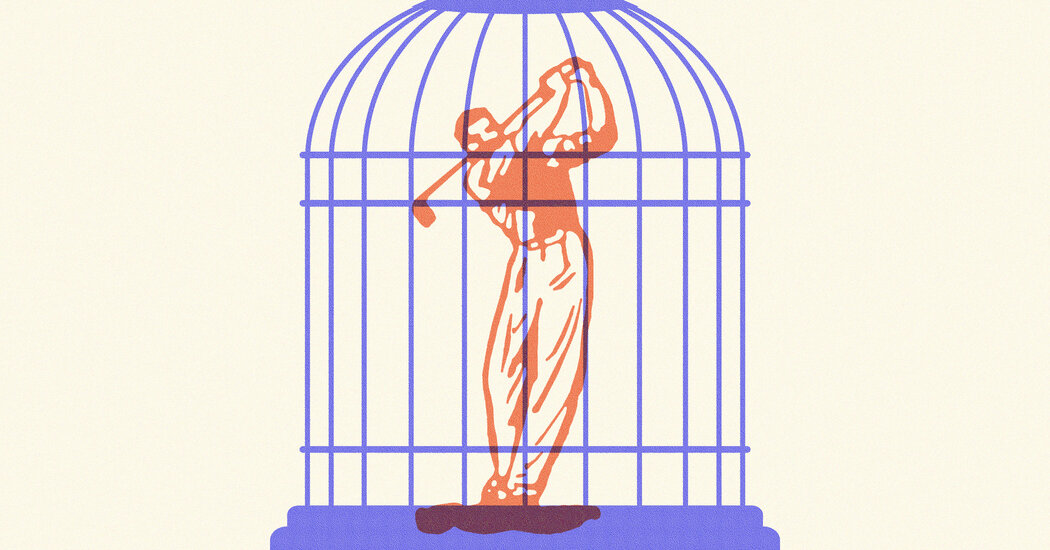 Neither antagonist in the fight over golf’s newest league arouses much sympathy. On one side there’s LIV Golf, which is lavishly financed by the sovereign wealth fund of Saudi Arabia, a nation with an execrable record on human rights. On the other there’s the PGA Tour, which is fighting hard to keep its golfers from earning bigger paychecks with LIV Golf, suspending 17 of them for taking part in the LIV Golf Invitational Series. It’s tempting to wish a plague on both their clubhouses.

From the perspective of economics, though, there are interesting things to say about the battle. Specifically, can restraint of trade — which is what some lawyers accuse the PGA Tour of engaging in — ever be a good thing?

Even Louis Brandeis, the Supreme Court justice who was an ardent foe of the trusts, acknowledged that restraints on trade couldn’t be banned outright. “Every agreement concerning trade, every regulation of trade, restrains,” Brandeis wrote for the court in a 1918 decision. “To bind, to restrain, is of their very essence.”

In his next sentence, Brandeis left the door open to considering restraints that are positive: “The true test of legality is whether the restraint imposed is such as merely regulates and perhaps thereby promotes competition or whether it is such as may suppress or even destroy competition.”

What Brandeis enunciated is a principle of antitrust analysis called the rule of reason. It’s applied widely in restraint-of-trade cases, except for the worst behavior — naked agreements to fix prices, rig bids, organize boycotts or divide markets that are presumed illegal on their face.

Under the rule of reason, a manufacturer might be permitted to restrict supply of a product in different geographic markets to existing retailers. That’s clearly a restraint of trade, but it could allow the retailers to earn higher profits and have an incentive to advertise the product and provide better service to customers, the Organization for Economic Cooperation and Development explains. Consumers could actually wind up better off.

In the view of some economists and legal scholars, sports leagues’ seemingly anti-competitive behavior can also potentially be legal under the rule of reason. “Professional sports are built around competition, but the industry would not exist without collusion,” the lawyer Leah Farzin wrote in a 2015 law review article.

Team owners have a financial incentive to help other team owners, Farzin wrote. “An economically monopolistic club will not be successful,” she concluded, “because, if it effectively eliminates the existence of weaker teams, as a monopoly does, it will be left with no on-field competitors.” And that would be awkward.

Sports leagues have even argued in court that a league is a single, unified entity and thus its constituent teams can’t collude — because only separate entities can collude (just as your right hand can’t “collude” with your left hand).

Major League Baseball has an explicit exemption from U.S. antitrust law, although it has been whittled away over the years. It’s what allows the league to assign exclusive territories to teams and to pay pitifully low salaries to minor league players.

I asked Farzin what she thinks of the PGA Tour’s position vis-à-vis LIV Golf. She is now an assistant attorney general for the state of Alaska, but she commented on the dispute as a private citizen. In an email, she predicted that the PGA Tour might play the consumer-defense card, arguing that allowing golfers to play in the LIV series would cause the PGA Tour to “lose value and eventually cease to exist,” to the detriment of the public.

“Ironically,” she wrote, the better the LIV series does, the harder it will be to sustain an antitrust case against the PGA Tour: “I think it would be hard for them to show that the PGA Tour’s rules are anticompetitive, seeing as they would have created a competing league for high-level golfers.”

Nevertheless, the PGA Tour has chinks in its legal armor, argues John Lauro, a lawyer who once worked as a federal prosecutor in the Eastern District of New York. Lauro says the PGA Tour is essentially trying to enforce noncompete agreements on its golfers without justification. A noncompete agreement is justifiable when an employee learns valuable trade secrets whose disclosure to a competitor would devastate the employer, but that’s not the case with golfers, Lauro says.

I wrote last year on the farce of getting fast-food workers and other low-wage workers to sign noncompete agreements. Top golfers don’t induce as much sympathy as burger flippers, but their problems are the same, Lauro said.

Another weak spot for the PGA Tour is that it says its mission is to “promote the sport of professional golf through sanctioning and administering golf tournaments and promoting the common interests of touring golf professionals.” Trying to shut down rival tournaments doesn’t seem consistent with the stated mission, according to a post on the intriguing golf website Lying Four.

You can see how this fight has broad ramifications. Some people say golf is life. I don’t know about that, but golf is certainly economics.

While we’re on the topic of antitrust and unsympathetic protagonists: There’s an interesting new filing by plaintiffs in the case against elite universities that coordinate their financial aid policies. As I wrote in January, the plaintiffs argue that by agreeing to adhere to a detailed rubric for how families’ financial need is determined, elite universities can go a long way toward eliminating aid as a recruiting tool. That saves them money.

The new filing looks at how much more financial aid the universities could provide if they increased it by 2 percent of their unrestricted endowments annually (a small enough increase that the endowments would still grow on average). While the numbers for the 17 defendant universities vary, for nine of them, the filing asserts, such an increase would be enough to wipe out the remaining cost of attendance entirely for existing aid recipients. That seems to weaken the universities’ case that ending their antitrust exemption, which would spark an increase in financial aid offers, would be unaffordable for them.

Quote of the day

“We’re working our jobs / Collect our pay / Believe we’re gliding down the highway / When in fact we’re slip slidin’ away.”

Have feedback? Send a note to coy-newsletter@nytimes.com.