Opinion | The Watergate Hearings Gripped a Nation. Can the Jan. 6 Hearings Do the Same? 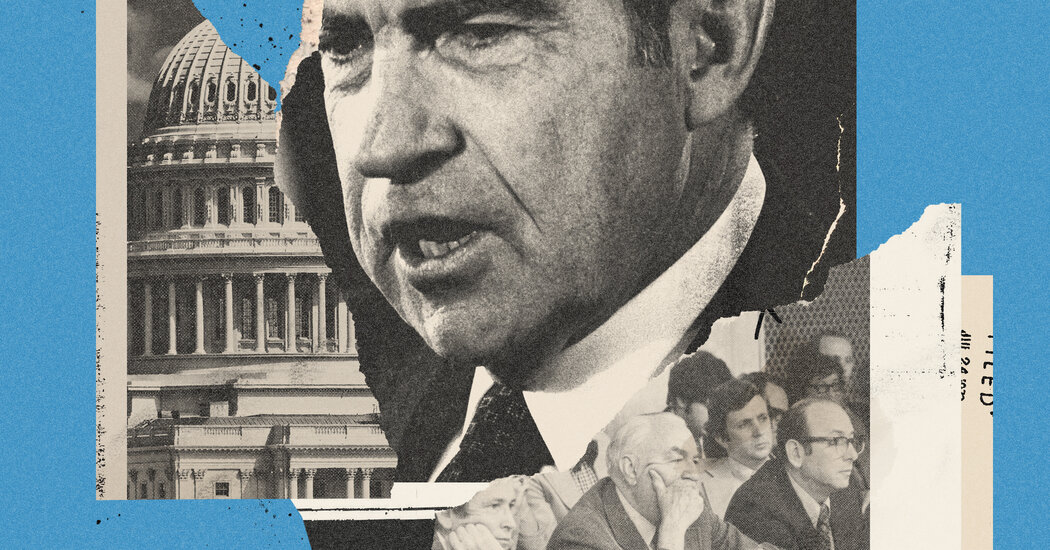 The third lesson from the Ervin committee underscores the vast gulf politically between 1973 and 2022: The Republicans on the committee — and in Congress more generally — were good-faith participants in the hearings. Despite their partisan affiliation, they came into the process with an open mind. Even the ranking Republican, Senator Howard Baker, found his opinion changing as the evidence of wrongdoing amassed through the summer. He said, years after the hearings, that at first he believed that they were “a political ploy of the Democrats, that it would come to nothing,” but as they proceeded, “it began to dawn on me that there was more to it than I thought, and more to it than I liked.”

It’s this final point that most clearly points to the chasm between politics then and now; throughout Watergate, Republicans in both the House and Senate understood that they had an important role as members of the coequal legislative branch to hold the executive branch to account.

Watergate is ultimately a story of the American system working — the delicate ballet of constitutional checks-and-balances working to bring a corrupt and criminal president to justice. But it’s a story that’s only possible because Republicans, both leadership and rank-and-file, acted as members of Congress first and partisans second.

Today, of course, there’s a very different political dynamic on Capitol Hill. The courage — and political isolation — of the Jan. 6 committee’s two Republican members, Liz Cheney and Adam Kinzinger, and the lopsided Republican votes on both of Mr. Trump’s impeachments demonstrates how hard it will be to force the party to confront actions its members clearly want to ignore.

Garrett M. Graff is a journalist, historian, and author, most recently, of “Watergate: A New History.”