Opinion | We Can’t Afford Not to Prosecute Trump 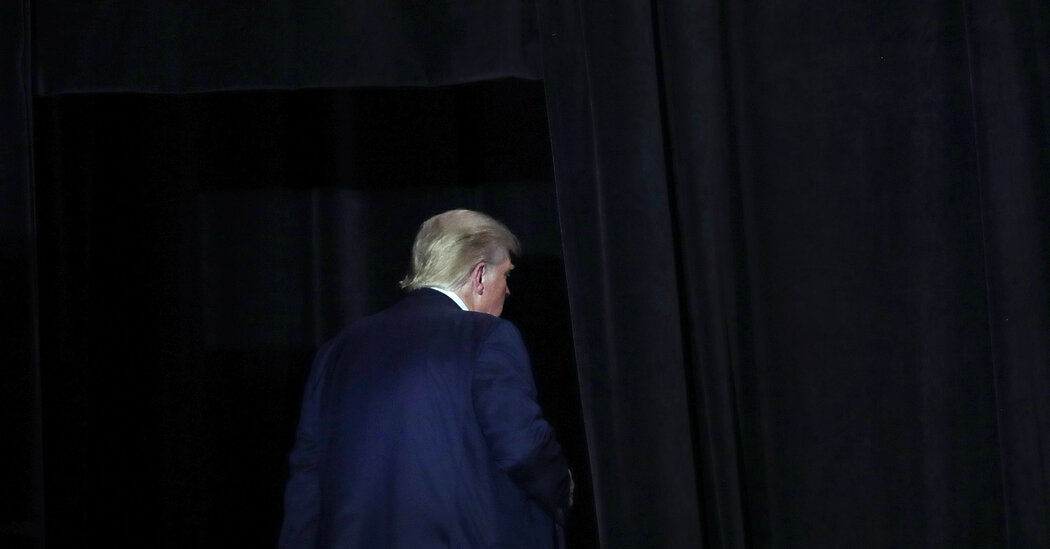 We all learn from failure.

Our mistakes become the bridge to our successes, teaching us what works and what doesn’t, so that the next time we muster the will to try, we’ll succeed.

But nefarious actors can also learn from failure. And that, unfortunately, is where we find ourselves with Donald Trump. His entire foray into politics has been one of testing the fences for weaknesses. Every time a fence has failed, he has been encouraged. He has become a better political predator.

With the conclusion of this series of hearings about the Jan. 6 insurrection, it has become ever clearer to me that Trump should be charged with multiple crimes. But I’m not a prosecutor. I’m not part of the Department of Justice. That agency will make the final decision on federal charges.

The questions before the Justice Department are not only whether there is convincing evidence that Trump committed the crimes he is accused of but also whether the country could sustain the stain of a criminal prosecution of a former president.

I would turn the latter question around completely: Can the country afford not to prosecute Trump? I believe the answer is no.

He has learned from his failures and is now more dangerous than ever.

He has learned that many of his supporters have almost complete contempt for women. It doesn’t matter how many women accuse you of sexual misconduct; your base, including some of your female supporters, will brush it away. You can even be caught on tape boasting about sexually assaulting women, and your followers will discount it.

He has learned that the presidency is the greatest grift of his life. For decades, he has sold gilded glamour to suckers — hawking hotels and golf courses, steaks and vodka — but with the presidency, he needed to sell them only lies that affirmed their white nationalism and justified their white fragility, and they would happily give him millions of dollars. Why erect a building when you could simply erect a myth? Trump will never willingly walk away from this.

Not only does Trump apparently want to run again for president; The New York Times reported that he might announce as soon as this month, partly to shield himself “from a stream of damaging revelations emerging from investigations into his attempts to cling to power after losing the 2020 election.”

Trump isn’t articulating any fully fleshed-out policy objectives he hopes to accomplish for the country, but that should come as no surprise. His desire to regain power has nothing to do with the well-being of the country. His quest is brazenly self-interested. He wants to retake the presidency because its power is a shield against accountability and a mechanism through which to funnel money.

Should his re-election bid prove successful, Trump’s second term will likely be far worse than the first.

He would tighten his grip on all those near him. Mike Pence was a loyalist but in the end wouldn’t fully kowtow to him. The same can be said of Bill Barr. Trump will not again make the mistake of surrounding himself with people who would question his authority.

Some of the people who demonstrated more loyalty to the country than they did to Trump during these investigations were lower-level staff members. For the former president, they, too, present an obstacle. But he might have a fix for that as well.

Axios reported on Friday that “Trump’s top allies are preparing to radically reshape the federal government if he is re-elected, purging potentially thousands of civil servants and filling career posts with loyalists to him and his ‘America First’ ideology.”

According to Axios, this strategy appears to revolve around his reimposing an executive order that would reassign tens of thousands of federal employees with “some influence over policy” to Schedule F, which would strip them of their employee protections so that Trump could fire them without recourse to appeal.

Perhaps most dangerous, though, is that Trump will have learned that while presidents aren’t too big to fail, they are too big to jail. If a president can operate with impunity, the presidency invites corruption, and it defies the ideals of this democracy.

Some could argue that prosecuting a former president would forever alter presidential politics. But I would counter that not prosecuting him threatens the collapse of the entire political ecosystem and therefore the country.