Opinion | What Does It Mean When Greg Abbott Calls the Uvalde Gunman ‘Evil’? 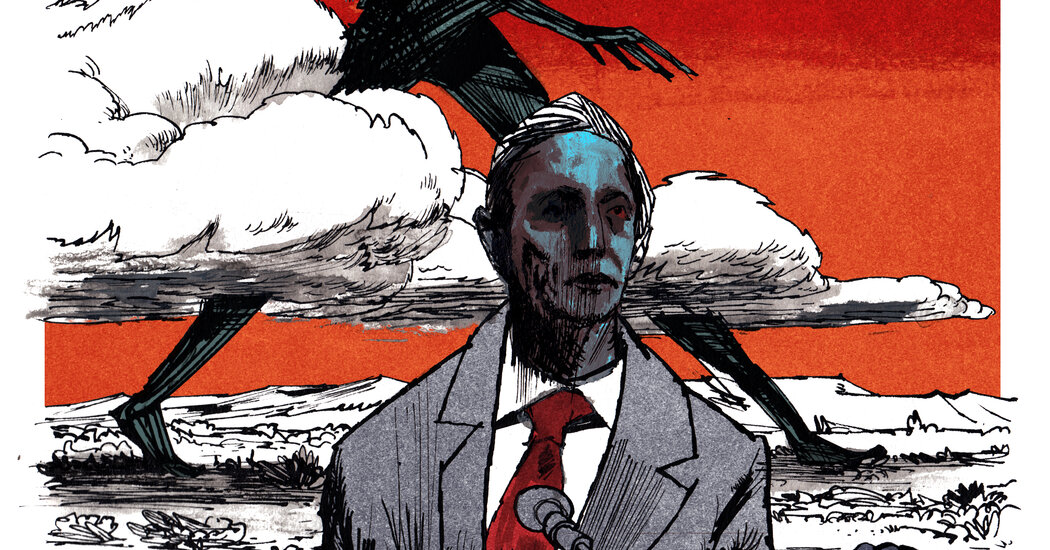 Greg Abbott, the governor of Texas, began his press conference on the day of the Uvalde massacre not with policy but theology. He said, “Evil swept across Uvalde today. Anyone who shoots his grandmother in the face must have evil in his heart, but it is far more evil for someone to gun down little kids.”

Wayne LaPierre, the head of the National Rifle Association, addressed a conference in Houston, Texas, three days later and articulated a similar idea. The problem, he maintained, was not guns but the heart. He said, “If we as a nation were capable of legislating evil out of the hearts and minds of criminals who commit these heinous acts we would have done so a long time ago.”

The language of evil and hearts often rises to the fore in the context of mass shootings. The Buffalo shooting suspect was called “pure evil.” Dylann Roof, the white supremacist who attacked Emanuel African Methodist Episcopal Church in Charleston in 2015, was deemed “evil” by one of the survivors of the attack, while the prosecutor in the case against Mr. Roof said he had “a cold and hateful heart.”

What are we to make of this language of evil? On one hand it is an articulation of a basic teaching of Jesus. He locates wickedness in the heart: “For out of the heart come evil thoughts — murder, adultery, sexual immorality, theft, false testimony, slander” (Matthew 15:19). Christians believe humans do wicked things because there is something within us that is broken.

It seems that Christian politicians who favor fewer restrictions on guns highlight this idea because it limits the responsibility for evil to the individual. We cannot eliminate evil hearts, so we cannot stop mass shootings. It does not matter that America far outpaces other nations in mass shootings; we must have an unexplainable abundance of evil hearts here.

The problem with such thinking isn’t that it is completely false but that it is dangerously inadequate as an account of evil in Christian theology. Historically, Christianity has taught that evil arises from three interlocking realities often called the flesh, the devil and the world. When Christians in many traditions are baptized, they explicitly reject all three sources of evil.

The “flesh” in Christian teaching can refer to our capacity for evil as humans, a shorthand for our tendency to sin. Sometimes humans lie, cheat, steal and take advantage of others because we enjoy it, even though some part of us knows that it is wrong.

Christians also recognize a spiritual reality to evil, which we refer to as “the devil.” We do not suggest that the devil is an omnipresent being behind every act of malice. Nonetheless, we do believe that some acts of evil bear the marks of spiritual forces that lead humans to unthinkable and unspeakable atrocities.

Christian theology acknowledges a final reality, “the world,” as a cause of sin. We do evil because societies can encourage or give us access to acts of evil. In the Old Testament, the prophet Isaiah addressed a nation that prayed and fasted to God, but God had not answered them. Through Isaiah, God explained why: “on the day of your fasting, you do as you please and exploit all your workers” (Isaiah 58:3). Their practice of religion had remained surface-level, attending to religious ritual instead of combining that ritual with social renewal.

Isaiah called upon the people to show their faith in God through the transformation of unjust practices into just ones. He says, “Is not this the kind of fasting I have chosen: to loose the chains of injustice and untie the cords of the yoke, to set the oppressed free and break every yoke?” (Isaiah 58:6). The prophet called for tearing apart structures in society that allowed evil to flourish.

Christian theology has long focused on the government’s need to restrain social evil. We have never expected governments to change hearts or even to solve every social ill. We have expected governments to have an impact on culture, changing and adjusting laws that allow the evil of the world to flourish. I do not need the government to change Salvador Ramos’s heart. I want it to make sure that others like him don’t have access to an AR-style assault rifle and 375 rounds of ammunition.

The institution of slavery in the United States was evil because the laws and customs in America allowed slavery to thrive. The economic realities of the American financial system gave incentive to those in the North and the South to benefit from forced Black labor. The problem was not just individual slave owners with wicked hearts. We can acknowledge societal evil and hold individual slave owners accountable for their actions. We can say that Salvador Ramos engaged in real acts of evil while acknowledging that our society has an unhealthy obsession with the guns that made his evil actions possible. Both can be true.

They functionally recognize only one source of sin: the heart. Our faith has a much more complex account of evil focusing on the interlocking realities of the individual, the spiritual and the structural. The refusal to acknowledge systemic problems as they relate to gun control is a failure of theological imagination with ongoing deadly consequences. A full Christian account of evil leaves us with hard truths. Granted the massacre of innocent children reflects an evil heart, politicians and leaders set on giving evil hearts easy access to tools of mass death share some responsibility for that evil. These politicians and their supporters are part of the structural injustice that gives individual evil room to operate.

Jesus had a brother named James who joined the Christian movement after the resurrection. James wrote a letter to a group of scattered believers about how they ought to live before God. He said, “If anyone, then, knows the good they ought to do and doesn’t do it, it is sin for them” (James 4:17).

He was speaking about individual actions, but the principle holds for societies as well. The American people and our politicians know what we need to do. We have a good before us: reforming our gun laws to make it harder (dare I dream, impossible) for people with evil hearts to access weapons capable of inflicting mass harm.

If some Christians refuse to do this good it will not be because believing in “evil hearts” eliminates the need for gun reform. It will be because they refuse to accept what the Christian faith teaches: Societies, like individual hearts, can be broken and twisted.