Opinion | When Every Conversation Becomes a Game, We All Lose 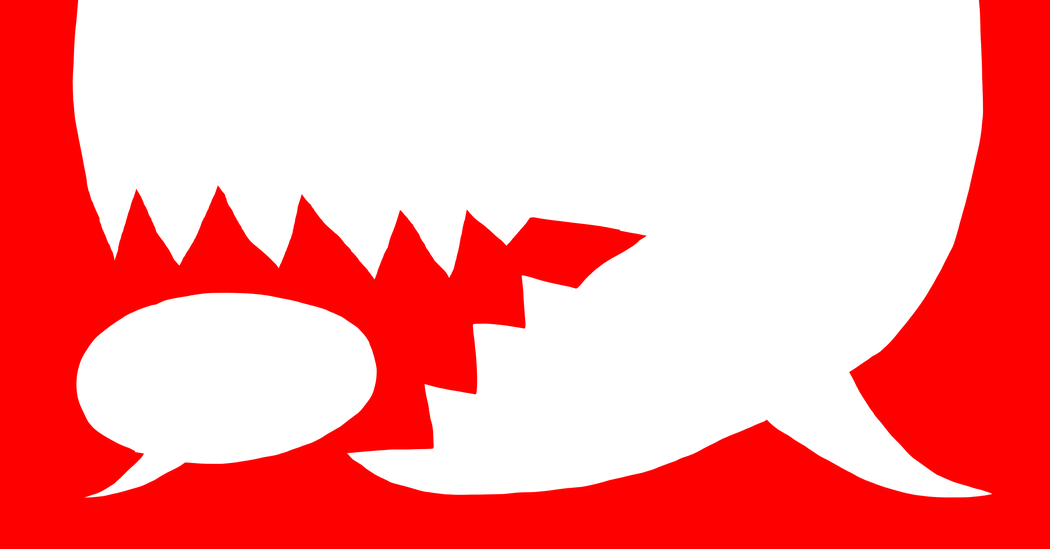 I graduated from college in 2009. Since then, I’ve lived in two cities and had at least eight jobs, three of which I was pretty good at. And I think, or at least I hope, I’ve learned a lot. And perhaps the biggest lesson I’ve learned is about learning.

When I was in high school in Ohio, I competed on the academic team. Your school may have called it Quiz Bowl or Academic Decathlon, but the basic concept was the same: teams from different high schools going head-to-head in a contest of knowledge.

To brag: I can still list every American president in chronological order. I also know that Abraham Lincoln once christened a town in Illinois by breaking a watermelon on a log.

I have always wanted to learn more, whether it’s about the history of the Xia dynasty or about what drives homelessness in the city I call home. When I was a kid, after years of feeling alone in my hunger for information, the academic team was the first time I could make that knowledge useful.

I’ve come to think of that impulse to know as academic team energy. More than just a drive to understand things better, it is also the joy of knowing, of taking a fact from a page in a book and putting it in my brain, where I will keep it forever.

But if you’ve spent a lot of time online or tried to talk about politics with someone you’ve just met, you probably have witnessed a different kind of relationship to knowledge. I call it debate team energy, the irritating cousin of academic team energy, in which the point of the discussion isn’t a craving for information but a lust for victory. It’s an irrepressible need to achieve some sort of win in a conversation with someone who will inevitably regret participating in it.

Debate team energy is characterized by loudness and fast talking. And even if you think you know quite a bit about a given topic, a person hopped up on debate team energy, now your opponent, seems dismissive of your ideas and convinced that a conversation about the best ways to combat climate change or stop mass shootings is actually a battle in which the aim is to destroy you.

Of course, winning was part of academic team ethos, too, but victory required answering questions the other teams couldn’t, not beating them into submission. One team won, and one team lost, and we shook hands and moved on with our lives, with more knowledge and no simmering loathing for our opposition.

Debate team energy is abundant in our culture. It fuels the way that some media outlets cover politics; everything is up for debate. It floods basically any conversation people attempt to have on Twitter. And it is at play in so many of our discussions these days, as we regard those with opposing views as losers and jerks.

This is, of course, bad for us. You know the conversation you start at a party that, by the end of it, leaves you hating both the person you’re talking to and yourself for playing a part in it? That’s debate team energy at work. A disagreement is too often a wish to destroy.

But more important, debate team energy separates us from the importance of the subject matter being debated, even if it’s the lives and experiences of real people.

Do you remember the debate over marriage equality in the United States? I certainly do, because it was my future being discussed. I recall the distinct ugliness of the debate team energy that characterized the years before the Supreme Court ruled that the Constitution guaranteed the rights of same-sex couples to marry.

People screaming at one another on television about “traditional marriage” and acting as authorities on love cheapened the solemnity of that conversation, including for people who opposed marriage equality. The issue was turned into fodder for takes on social media platforms and Sunday talk shows and even in staid political magazines. And then, once the court’s decision was handed down — poof! — the debaters seemingly moved on, racing to argue about someone else’s life. Many of them never really cared at all.

What debate team energy lacks — and what academic team energy delivers — is empathy. It’s obvious: When subjects aren’t pawns in a game of chess, when we actually have to understand something or someone, we create an opening for caring.

Academic team energy also fosters empathy for the people you’re talking to and for yourself. Because even when I was competing on the academic team, traveling across suburbs of Cincinnati to compete against other high school teams, there was still a lot I didn’t know, from the dinosaurs of the Jurassic Period to what the Glorious Revolution was actually about.

To this day, there’s a lot I don’t know enough about, of course (the stock market, what “cheugy” means), and I’m guessing that’s true for you, too. But we can always tap into academic team energy to read and watch and think and disprove our own false beliefs and become better people in the process.