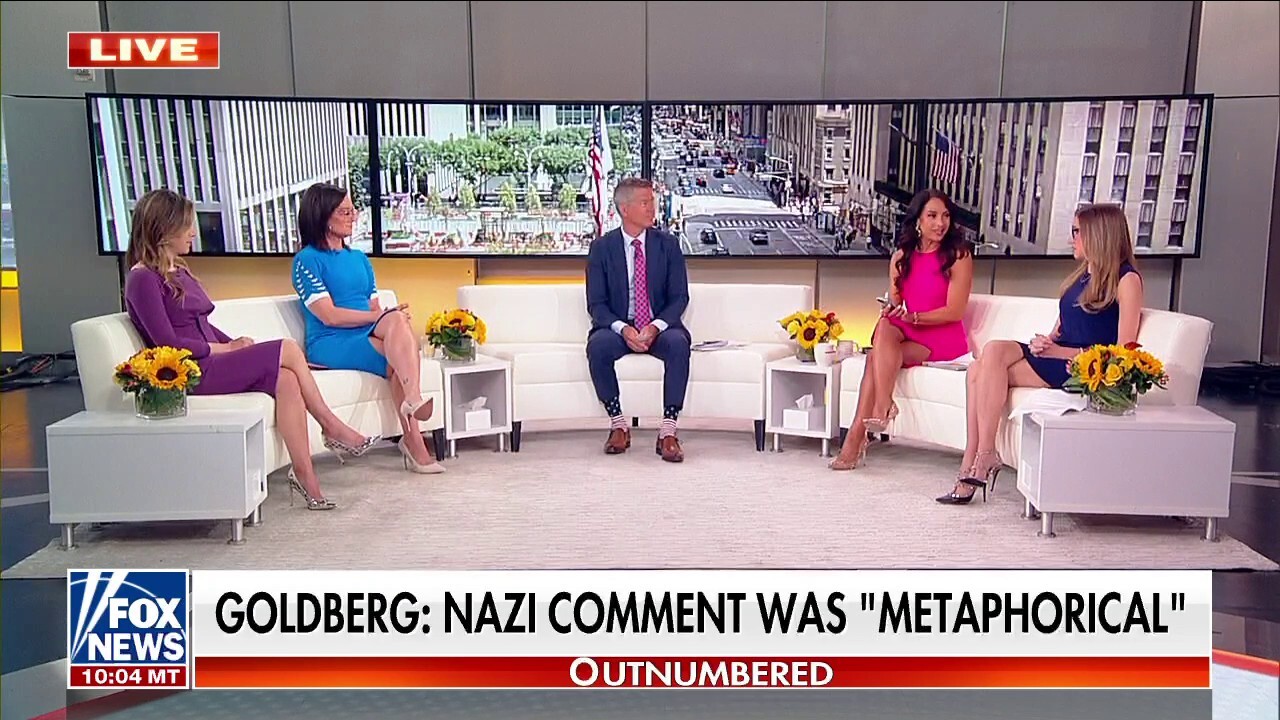 “Outnumbered” panelists took aim at hosts of “The View” after they claimed Turning Point U.S.A. had “embraced” neo-Nazi protesters. The liberal hosts issued an apology Wednesday, clarifying that TPUSA did not invite or endorse the demonstrations.

The apology came only after TPUSA organizers sent a cease-and-desist letter to ABC News in response to the original comments and called for a retraction of the “defamatory statements.”

Whoopi Goldberg tried to clarify that her statement about embracing protesters was meant to be understood as a metaphor.

JOY BEHAR SAYS ‘THE VIEW’ CHANGED WHEN TRUMP GOT ELECTED: ‘WE USED TO HAVE MORE LAUGHS’

Turning Point USA gave ABC News a deadline of July 27 for a retraction and apology.
(ABC)

Kat Timpf, a Fox News contributor, spoke at the TPUSA event over the weekend and saw the demonstrators firsthand. She noted that event organizers attempted to have the protesters removed.

“I am insulted,” she said Wednesday.

She called the comments disgusting and criticized the hosts for suggesting TPUSA attendees would agree with neo-Nazis.

Kennedy, host of “Kennedy” on FOX Business, explained that public figures like the hosts of “The View” are required to maintain facts when analyzing stories and news events, even if the topic evokes emotion.

“We all know there are lines that you can’t cross when you are talking about a story,” she said. “I think what happened there was they didn’t watch the tape. They didn’t even do any investigation. They were just blathering about what happened.”

Kennedy argued Goldberg’s excuse that the comments were “metaphorical” wouldn’t reach a legal threshold to prove that her comments didn’t cause reputational damage to TPUSA.

FOX Business correspondent Jackie DeAngelis slammed the ABC hosts for getting the facts wrong in the first place.

“Just report accurately,” she said. “That’s all anybody is asking you to do when it comes to a situation like this.”

DeAngelis touted TPUSA for standing up against the show.

“It’s sad that you have to send a cease-and-desist letter pointing out exactly what they’ve done here to get them to apologize,” she said.

“I’m glad they got the book thrown at them.”