‘Outnumbered’ sounds off on Biden’s D-Day snub: ‘They can’t be that incompetent’ 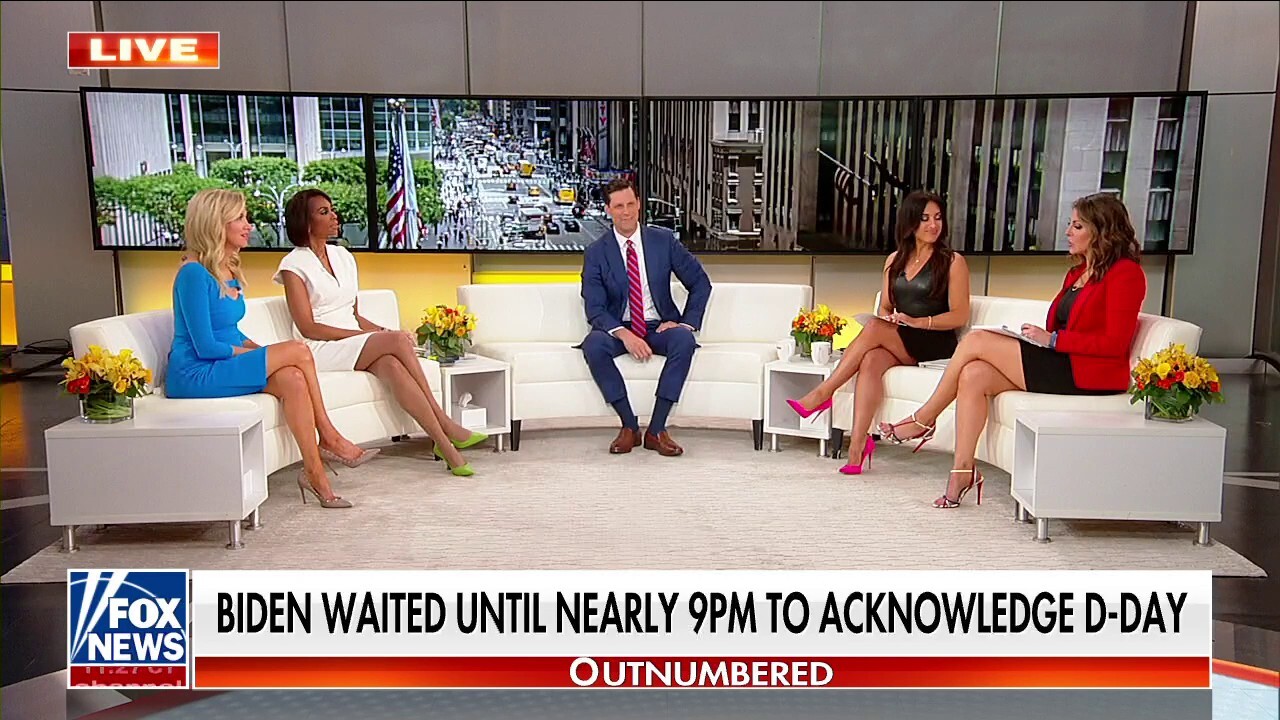 “I think incompetence doesn’t necessarily answer the question. When you say was it incompetence or was it purposeful? I just look and think they can’t be that incompetent. So was it purposeful? Did they just want to talk about climate change or did they not want Americans to think about the military because of their epic failures in Afghanistan and the Russian war in Ukraine?” the former State Department spokesperson argued.

On Monday, the Biden administration waited until 8:45 PM to mention anything about the historic 78th anniversary of D-Day, which occurred on June 6, 1944, and cost the lives of 4,414 allied soldiers. The acknowledgment came hours after Fox News and other outlets asked the White House about the lack of commemoration.

The White House has been plagued with drama in recent weeks as negative reports about President Biden’s press office coincide with a series of messaging gaffes.
((AP Photo/Susan Walsh))

Not only was the anniversary nearly over in the United States by the time the tweet was posted, but it was also already June 7 in France.

When the official Biden Twitter account finally got around to tweeting about D-Day, it stated, “Today, we mark 78 years since D-Day and honor those who answered duty’s call on the beaches of Normandy. We must never forget their service and sacrifice in defense of freedom, and we must strive every day to live up to the ideals they fought to defend.”

“This is year two. When it happens twice. I mean, what is going on over there? Mark your calendar, set an alarm … This isn’t incompetence at this point. You did it twice.”

Co-host Emily Compagno said it is an “indication of priority” on the part of the White House, pointing out the president always ends speeches with the line, “God bless our troops.”