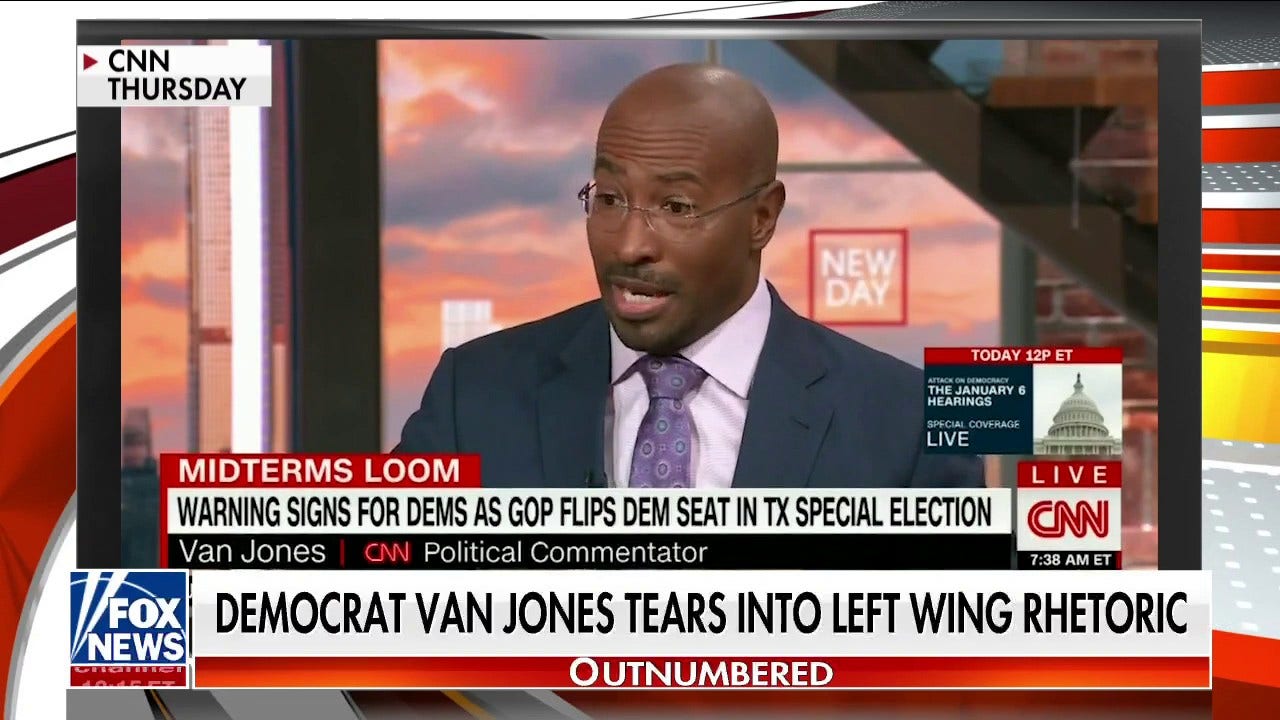 “Outnumbered” co-host Kayleigh McEnany said on Monday CNN commentator Van Jones calling the Democratic Party “weird” and “elitist” are the same sentiments he had years ago when Donald Trump launched his presidential campaign.

“There [was] this populist movement going on and no one was seeing it. And he thought Trump could win. He didn’t want him to win, but he thought he could win because he recognized how off base the Democrats were in the form of the establishment wing of the party, as was the Republican Party, by the way.”

The “Outnumbered” panel reacted to Jones explaining on CNN that the Democratic Party is in “danger” of “becoming a party of the very high and the very low.”

Jones explained further that no one in barber shops, nail salons, grocery stores or community centers talk in this way and as a result, working-class voters are not listening.

“Outnumbered” co-host Emily Compagno said it is “undeniable now that the capacity, acuity, and competence” of President Biden are in question.

“The only thing we get from the White House still is no solutions … only blame game. The still-tired talking points,” she said, adding that Biden is no longer able to scare Americans about the “MAGA king,” former President Trump.

Fox News contributor Caitlyn Jenner said Jones is “right,” calling him a “very smart guy” who understands the political shift of the country.

“He sees what’s coming,” she said.