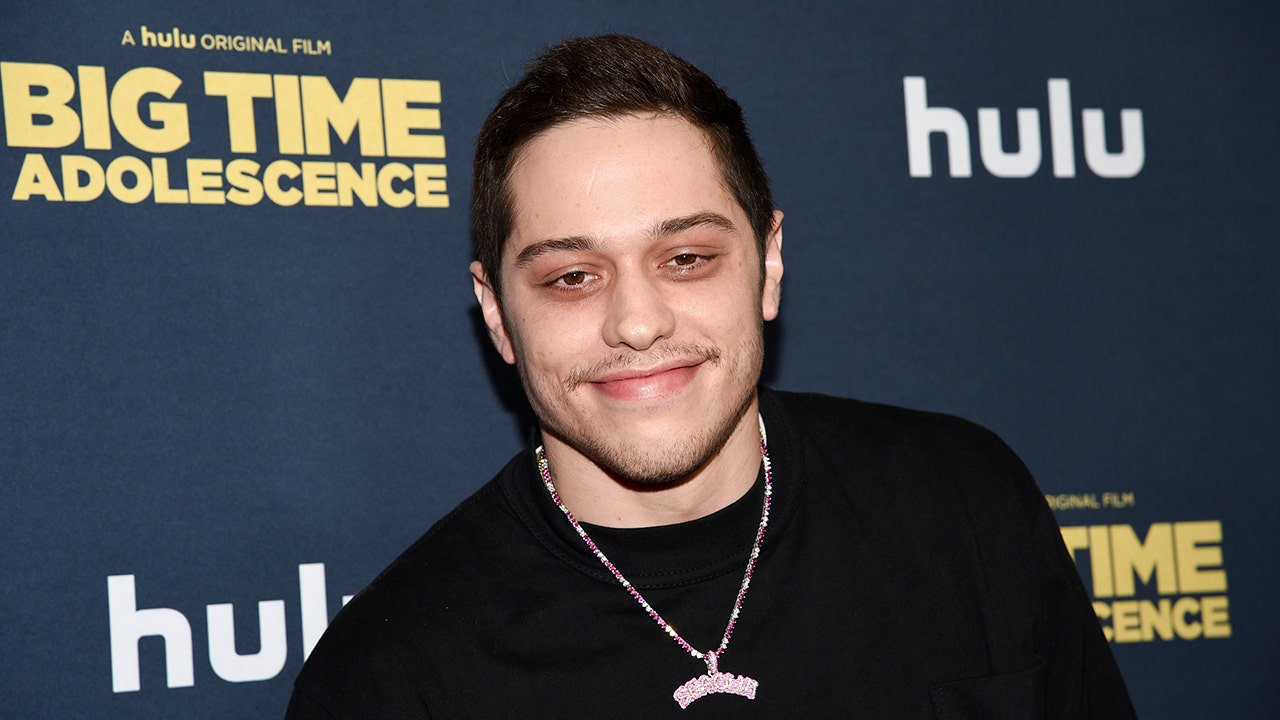 Pete Davidson and his family are spending time celebrating.

Hours after Davidson and Kim Kardashian ended their nine-month relationship, the “Saturday Night Live” star’s mom took to Instagram to share that the family is celebrating Casey Davidson’s graduation.

“A beautiful day celebrating @caseydavidson!! PA! We are so proud of you!! Love you to the moon and back…Beautiful inside and out! We are so blessed XO,” Davidson’s mom, Amy, captioned her picture.

Pete Davidson is celebrating his sister’s college graduation with his family amid Kim Kardashian break-up.
(Photo by Evan Agostini/Invision/AP, File)

It’s unclear when the pictures were taken as Davidson has been overseas in Australia shooting his new movie “Wizards!” and production is expected to run throughout the summer, E! News reported.

Davidson’s sister, Casey, recently graduated from Pace University in New York City and is currently in the Lennox Hill Hospital’s physician assistant program. Casey, 24, uploaded her own series of graduation pictures where she sported a white lab coat and wrote, “26 months and 3 emotional support dogs later!!!”

On Friday, Davidson and the “Keeping up with the Kardashians” star ended their relationship.

Kim Kardashian and Pete Davidson attended the 2022 Met Gala together in May.
(Photo by Gotham/Getty Images)

A source told E! News Kardashian and Davidson still have “a lot of love and respect for each other,” but their schedules and the long distance “made it really difficult to maintain a relationship.”

The source clarified with the outlet that this does not mean Kardashian and Kanye West will be reigniting their relationship.

KIM KARDASHIAN AND KANYE WEST ARE MOVING ON, BOTH SEEN PACKING ON PDA WITH NEW ROMANCES

“The divorce is moving ahead with Kanye,” another source told E! News. “They are happily co-parenting.” The couple share four children: North, 9, Saint, 6, Chicago, 4, and Psalm, 3.

Davidson and Kardashian split after nine-months together.
(Photo by Paul Morigi)

A source told Page Six that the age difference between Davidson, 27 and Kardashian, 41 played a major role in the couple’s decision to split.

“Pete is 28 and Kim is 41 — they are just in very different places at the moment,” the insider told the outlet.

“Pete is totally spontaneous and impulsive and wants her to fly to New York, or wherever he is on a moment’s notice,” the source added. “But Kim has four kids and it isn’t that easy. She needs to focus on the kids.”

The source added that Karadashian was “totally exhausted by this relationship and other things going on in her life.”