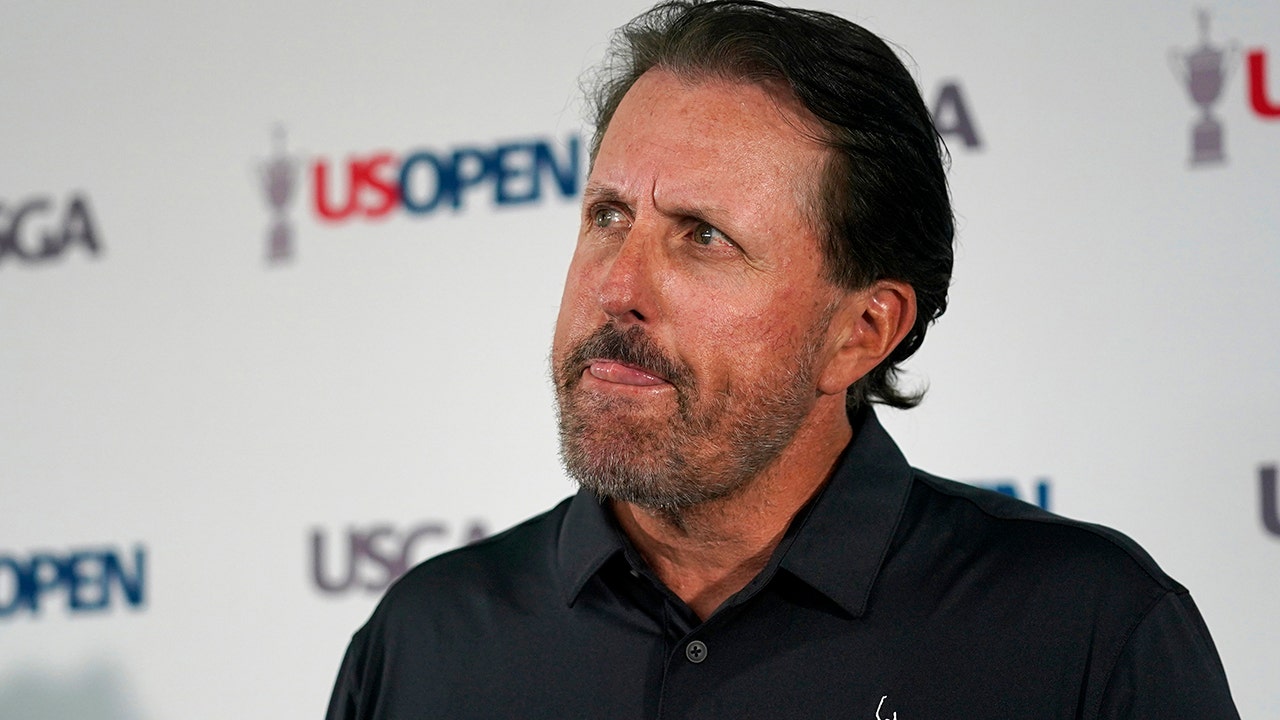 Phil Mickelson on Monday responded to criticism he’s received about playing in the Saudi-backed LIV Golf as he prepared for the upcoming U.S. Open.

Mickelson received a lot of scrutiny last week from 911familiesunited.org, which represents families and survivors of the Sept. 11 terrorist attacks. The group wondered how Mickelson and some other professional golfers could participate in the league given Saudi Arabia’s poor human rights record and links to the terror attacks that left thousands dead in 2001.

Phil Mickelson ponders a question at a press conference, Monday, June 13, 2022, at The Country Club in Brookline, Massachusetts, ahead of the U.S. Open golf tournament.
(AP Photo/Robert F. Bukaty)

“I respect and I understand their opinions,” Mickelson said Monday. “And I understand that they have strong feelings and strong emotions regarding this choice. And I certainly respect that.”

He said, for him, it was the “right decision” to play in LIV Golf. He reportedly inked a deal worth $200 million to move to the organization. While other new LIV Golf members have resigned their PGA Tour membership, Mickelson said he declined to do so.

RORY MCILROY TAKES ANOTHER SWING AT LIV GOLF, GLAD HE WENT UP ‘AGAINST THE BEST TO BRING OUT YOUR BEST’

Phil Mickelson ponders a question at a press conference, Monday, June 13, 2022, at The Country Club in Brookline, Massachusetts, ahead of the U.S. Open golf tournament.
(AP Photo/Robert F. Bukaty)

“I’ve earned that lifetime membership, so I think it should be my choice,” he said.

Mickelson has never won the U.S. Open. He has a five-year exemption into the tournament and in all likelihood will use those chances to capture the elusive title.

The United States Golf Association said it would allow players who played in LIV Golf’s first tournament to compete in 2022.

Phil Mickelson in action during the Pro-Am at the Centurion Club, Hertfordshire, England, ahead of the LIV Golf Invitational Series, Wednesday June 8, 2022.
(Steven Paston/PA via AP)

The U.S. Open will be played at The Country Club in Brookline, Massachusetts.