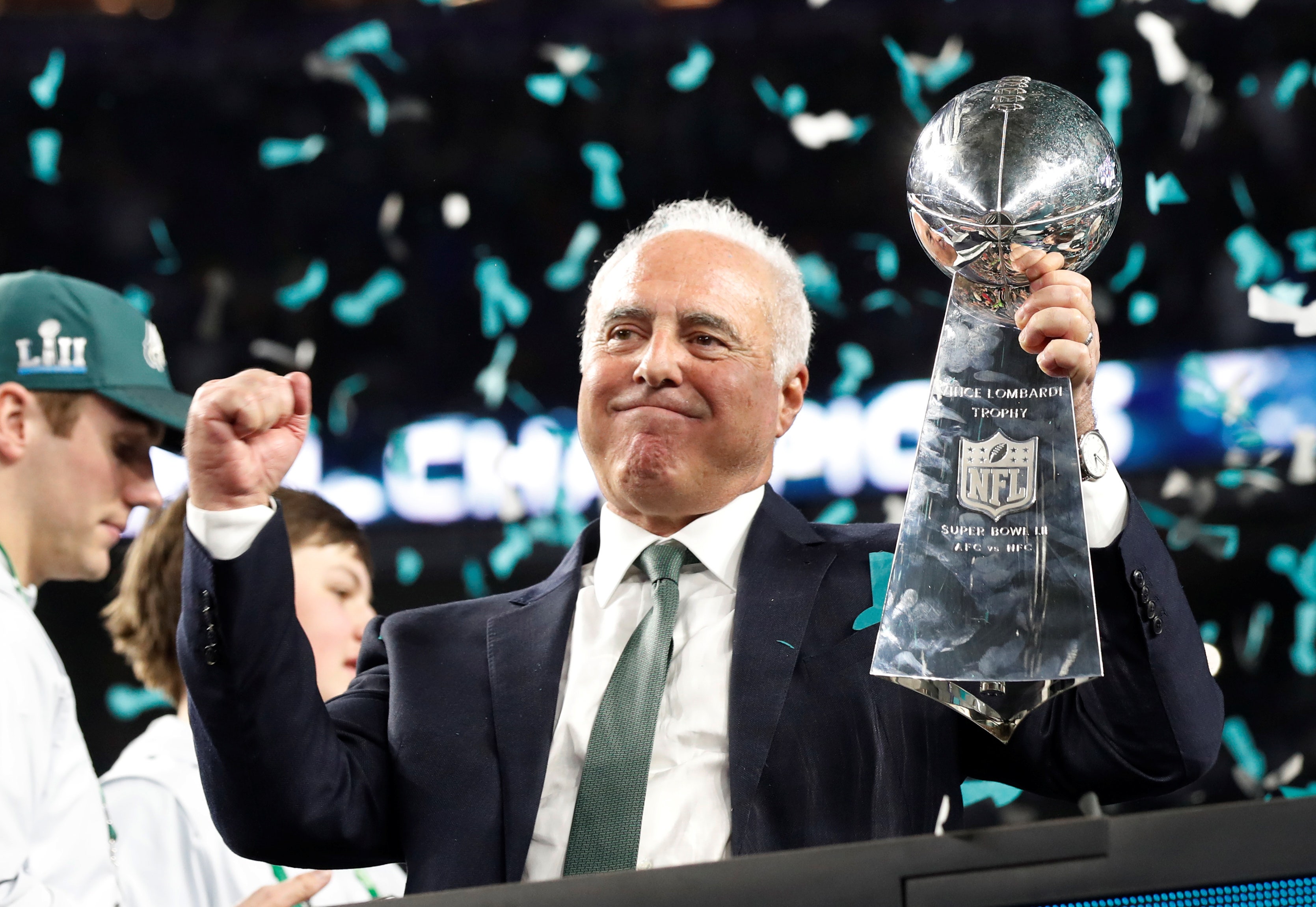 Philadelphia Eagles owner Jeffrey Lurie called for a ban on “assault weapons with high-capacity magazines” and other gun control measures on Friday, just one day before three people were killed and a dozen others were wounded in a shooting in downtown Philadelphia.

“These senseless acts of violence will not cease to occur without a concerted effort from those who govern our nation and make public policy. As a country, we need to call upon our lawmakers to enact tangible change and address this public crisis through appropriate gun safety legislation,” Lurie said in a statement, which the Eagles posted on its Twitter.

“Enough is enough! Assault weapons loaded with high-capacity magazines are a clear threat to public safety and should be banned.”

Shortly before midnight on Saturday, a gunfight broke out between several suspects on South Street, sending hundreds of people running for cover.

Two males and a female were killed, and 11 more victims between the ages of 17 and 69 were wounded.

Two handguns were recovered at the scene but no arrests have been made as of Sunday afternoon.

The Philadelphia Eagles shared Lurie’s call for gun legislation in the wake of the shooting, saying that “in light of these ongoing tragedies in our city… this message is more important than ever.”

Saturday’s gunfight in Philadelphia was the latest mass shooting to claim the lives of multiple victims.

A gunman shot and killed 19 children and two adults in Uvalde, Texas, on May 24. Just 10 days before that, a gunman opened fire at a grocery store in Buffalo, New York, killing 10 people.

Lurie is one of several high-profile names in sports who have called for gun legislation in the wake of the tragedies.

Golden State Warriors head coach Steve Kerr called for universal background checks in the wake of the Uvalde shooting, saying that Americans are “being held hostage by 50 senators in Washington who refuse to even put it to a vote, despite what we the American people want.”

San Francisco Giants manager Gabe Kapler said last month that he would stay in the dugout for the the playing of “The Star-Spangled Banner” because he is “not okay with the state of this country.”