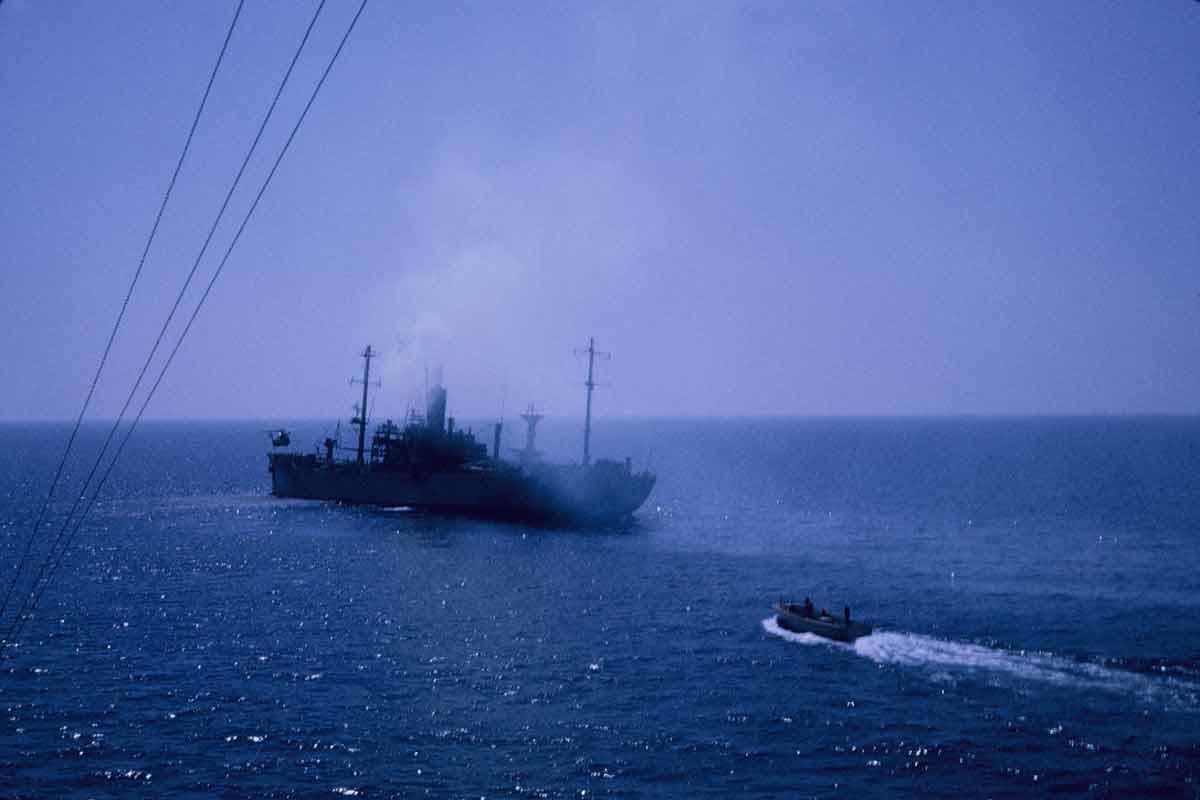 A Navy veteran is sharing never-before-published photographs of the historic attack on the USS Liberty by Israel in 1967, images provided exclusively to Military.com that show the half-sunk Navy ship as other vessels arrive to provide aid.

Greg Knowles, who snapped the photos, was an electronics technician on the USS Little Rock on June 8, 1967, when he heard that the Liberty had been attacked. The Little Rock, a guided-missile cruiser, was ported in Gaeta, Italy, at the time and was launched to assist in the incident that killed 34 Americans, injured 170, and nearly sank the Liberty.

“The first and only actual general quarters we had was called, and we steamed all night to arrive at the side of the shot-up Liberty on the morning of June 9,” Knowles told Military.com. “When the captain announced the ‘all clear,’ I grabbed my Agfa 35mm camera and headed onto the deck.”

Earlier this month, Military.com published a story about the 55th anniversary of Israel’s attack on the USS Liberty, a Navy “spy” ship attacked in the Mediterranean during the Six-Day War between Israel and a coalition of Arab countries. The survivors are still looking for acknowledgment from the U.S. government that Israeli forces may have known the ship was American prior to its partial sinking.

“Some years ago, I wanted to view shots I had taken in various ports of call in the Mediterranean,” Knowles said, “and I was a bit surprised when these popped up.”

“We were told the deadly attack was simply a matter of mistaken identity,” said Knowles. “I hope the survivors get the truth one day.”

Related: ‘We’re Fed Up With It’: Survivors of the USS Liberty Look for Answers 55 Years Later