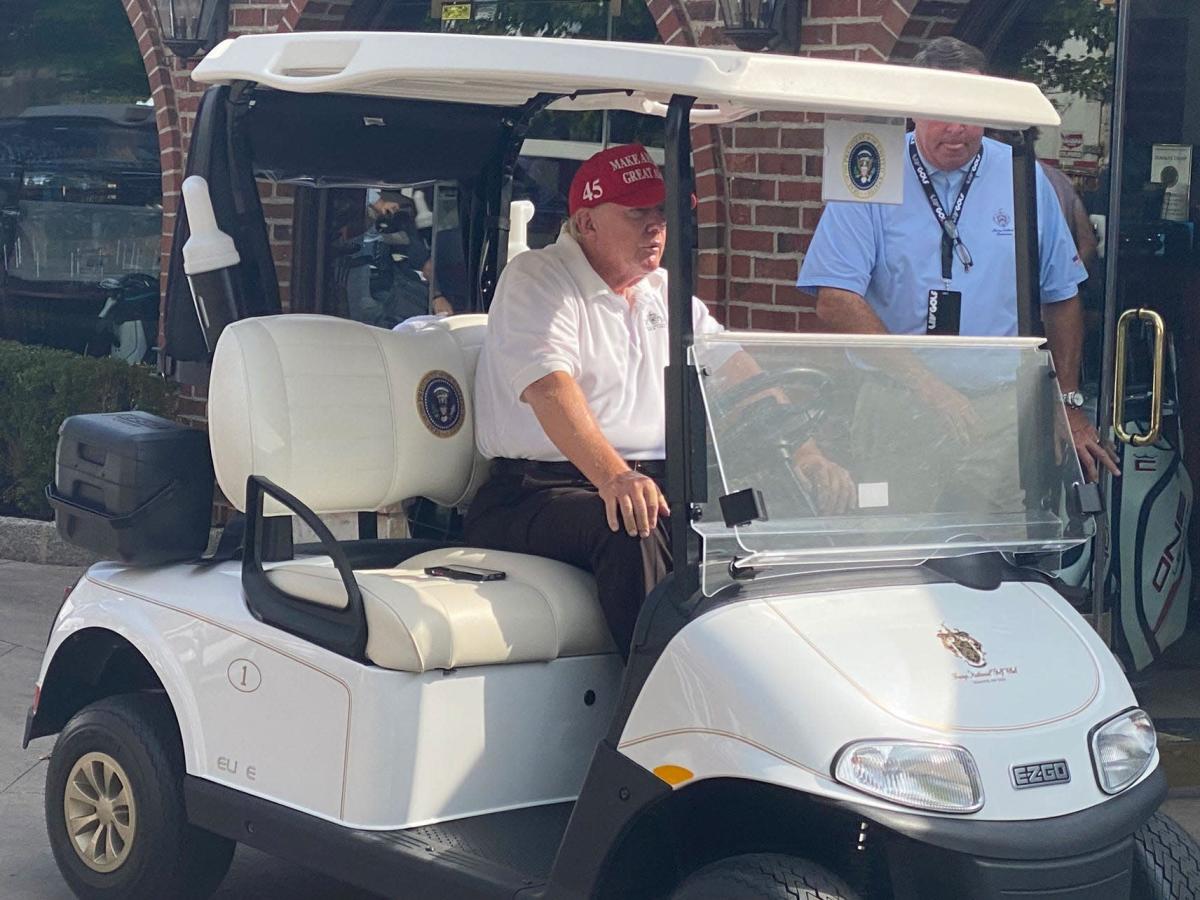 The pro-am comes the day before the first round of the third LIV event is set to tee off at Trump National Bedminster, with Trump playing alongside his son Eric as well as LIV pros Bryson DeChambeau and Dustin Johnson.

In addition to the playing party, there were also golf carts.

A lot of golf carts.

The overload of extra golf carts was understandable — as a former president, Trump still receives protection by the Secret Service, who were outfitted with their own carts to escort Trump through his round.

But even though the amount of golf carts in my field of vision was justifiable, it was still overwhelming.

Trump began his day at the course with a trip to the driving range. Note the presidential seal and No. 1 on his cart.

On the range, Trump warmed up with Bryson DeChambeau, who was one of his playing partners for the day.

Trump also met with LIV Golf CEO Greg Norman before teeing off for his round in the pro-am.

As Trump left the driving range, so did a sea of golf carts escorting him. Like I said, that’s a lot of golf carts.

After the group hit their tee shots, golf carts scattered down the road to find the fairway. At times they moved like a school of fish.

The total number of carts following the group varied throughout the round. At times I counted as many as 20, at others as few as 13.

Also, not every golf cart was dedicated to Trump. Each player had their own cart, and DeChambeau appeared to have a few members of his team following him to help track his practice round.

Still, it was a lot of golf carts.

And his golf towel includes a presidential seal and his signature.

After following Trump and his group for most of the front nine, I peeled off to follow some other action across the course. Other groups playing the pro-am were walking the course by foot.

Though that may have just been personal preference — clearly there were plenty of golf carts for everyone, no matter how many were with the former president.