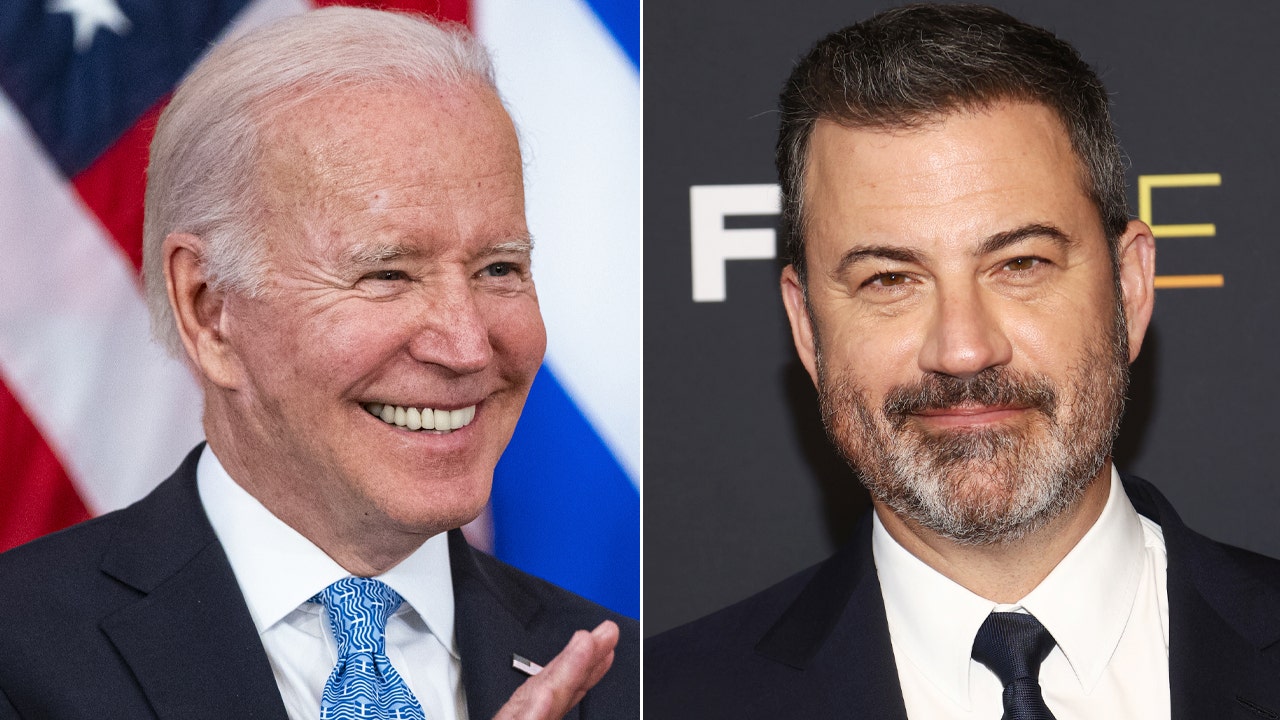 President Joe Biden is set to appear on “Jimmy Kimmel Live” Wednesday for his first in-studio appearance on a late-night show since taking office.

President Biden is set to appear on “Jimmy Kimmel Live” on Wednesday.

Biden previously appeared on Kimmel’s show back in 2019 when he was attempting to secure the Democratic nomination, and he was a virtual guest on NBC’s “The Tonight Show Starring Jimmy Fallon” in December 2021.

Biden’s appearance on “Jimmy Kimmel” will be taped in front of a live studio audience at the El Capitan Entertainment Centre on the Walk of Fame in Hollywood.

The president and first lady Jill Biden will be in Los Angeles to host the Ninth Summit of the Americas. The summit will focus on bringing together governments from across our hemisphere to focus on climate change, economic prosperity and the pandemic, according to the White House.

The Bidens are expected to be in Los Angeles through Friday.

STEVE HILTON: HAS THERE EVER BEEN A MORE PATHETIC EXCUSE FOR A PRESIDENT?

The president’s appearance on “Jimmy Kimmel” comes as his approval rating continues to plummet amid several crises including record-high inflation, soaring gas prices and Russia’s ongoing war with Ukraine.

Biden’s approval rating plummeted last month to its lowest point since he took office, according to a poll commissioned by the Associated Press.

The poll, published by the Associated Press-NORC Center for Public research, shows that only 39% of adults in the United States approve of Biden’s performance as president.