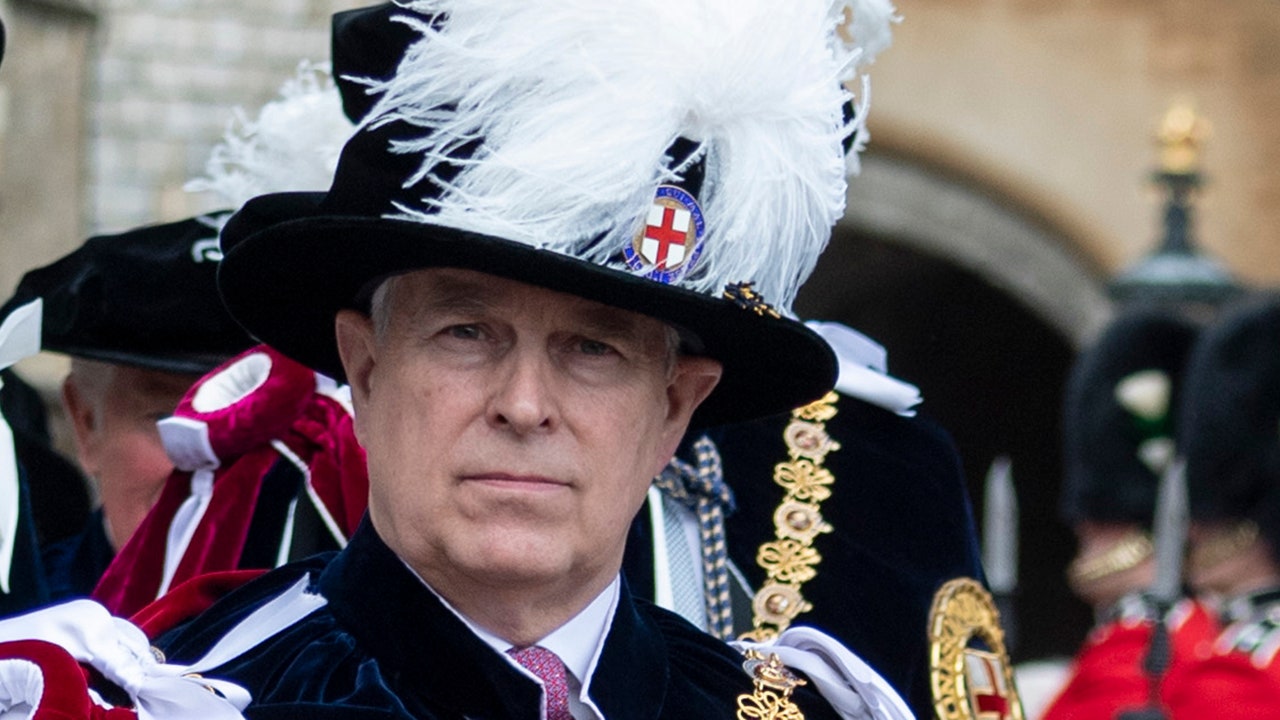 Prince Andrew will not take part on Monday’s Order of the Garter procession, one of the key events in the annual calendar for the British royal family.

Omid Scobie, royal editor-at-large for Harper’s Bazaar and co-author of “Finding Freedom,” revealed that the disgraced Duke of York’s so-called public comeback was put on ice after a last-minute “family decision.”

“After what palace sources have described as a last-minute ‘family decision,’ Prince Andrew will no longer be walking in today’s Garter Day procession or service,” Scobie tweeted. “As a Knight of the Garter, he will still be at the investiture and lunch taking place in Windsor (as will the Queen).”

In a separate tweet, Scobie shared the already-printed Order of Service, which listed Andrew.

After what palace sources have described as a last-minute “family decision”, Prince Andrew will no longer be walking in today’s Garter Day procession or service. As a Knight of the Garter, he will still be at the investiture and lunch taking place in Windsor (as will the Queen).

“Interesting to see how close to the wire Andrew’s removal from the Garter Day procession was,” Scobie wrote. “His name still features in the order of service that has been handed out for today’s ceremony.”

A spokesperson for Buckingham Palace didn’t immediately respond to Fox News Digital’s request for comment. The Guardian reported that Andrew, as a garter knight, will attend the investiture of new members and the annual lunch, keeping his appearance out of public view.

The 62-year-old, a knight in the oldest order of chivalry in the world, was expected to join his family at Windsor, including fellow knights Prince Charles and Prince William. The controversial royal was previously made a knight as Queen Elizabeth’s son.

Some insiders suspected that Andrew’s appearance could have possibly overshadowed his sister-in-law, Camilla, Duchess of Cornwall. The wife of his eldest brother, Prince Charles, will be invested in the order at a ceremony. The 74-year-old, whose husband is heir to the throne, was announced as a new member of the order in December. Former British Prime Minister Tony Blair will also be invested in the order.

Interesting to see how close to the wire Andrew’s removal from the Garter Day procession was. His name still features in the order of service that has been handed out for today’s ceremony.

(I’m on vacation now so won’t be tweeting much). https://t.co/w0cZsKpLvt

The order is nearly 700 years old. During Garter Day, knights wear long velvet robes and a hat decorated with white ostrich and black heron feathers. The service hasn’t occurred in the last two years due to the coronavirus pandemic.

The palace isn’t commenting on whether the queen will attend the event. During the 96-year-old’s Platinum Jubilee, which marked her 70 years on the throne, the palace confirmed her appearances at events in the hours beforehand. Her ongoing mobility issues limited her appearances during the four days of festivities.

In May, the palace announced that Andrew wouldn’t appear on the balcony alongside senior members of the royal family for Trooping the Colour during the Platinum Jubilee. The queen decreed that only working members would join her.

Andrew stepped away from royal duties in 2019 following a disastrous interview concerning his ties with late American financier and convicted sex offender Jeffrey Epstein. The Duke and Duchess of Sussex, who stepped back as senior members in 2020, also didn’t appear on the balcony.

During the Trooping the Colour on June 2, the palace revealed that Andrew was going to miss the Service of Thanksgiving being held the following day due to testing positive for COVID-19.

In January, the queen stripped Andrew of his military title and patronages. He is still in line to the throne. He is currently ninth behind Prince Harry and Meghan Markle’s two children. However, Andrew cannot use “His Royal Highness” in any capacity.

Andrew strenuously denied Virginia Giuffre’s allegations after she sued him. The American woman accused the British royal of sexually abusing her while she traveled with Epstein in 2001 when she was 17.

Giuffre, 38, reached a settlement with Andrew after a judge rejected the prince’s bid to win early dismissal of the lawsuit earlier this year.

Photo from 2001 that was included in court files showed Prince Andrew with his arm around the waist of 17-year-old Virginia Giuffre who said Jeffrey Epstein paid her to have sex with the prince. Andrew has denied the charges. In the background is Epstein’s girlfriend Ghislaine Maxwell.
(U.S. Second Circuit Court of Appeals)

In a letter to the judge from Giuffre’s attorney, David Boies, a statement was included that said, in part, “Prince Andrew intends to make a substantial donation to Ms. Giuffre’s charity in support of victims’ rights. Prince Andrew has never intended to malign Ms. Giuffre’s character, and he accepts that she has suffered both as an established victim of abuse and as a result of unfair public attacks.”

According to the statement, Andrew acknowledged that Epstein trafficked “countless young girls” over many years and said the prince “regrets his association with Epstein and commends the bravery of Ms. Giuffre and other survivors in standing up for themselves and others.”

He also pledged to support victims of sex trafficking as part of demonstrating his regret.

Giuffre asserted that she met Andrew while she traveled frequently with Epstein between 2000 and 2002 when, her lawyers maintain, she was “on call for Epstein for sexual purposes” and was “lent out to other powerful men,” including Andrew.

Her lawsuit said she suffered significant emotional and psychological distress and harm. She alleged she had sex with Andrew three times: in London during a 2001 trip, at Epstein’s New York mansion when she was 17 and in the Virgin Islands when she was 18.

Andrew repeatedly denied Giuffre’s allegations and has said he can’t recall ever meeting her, although a photograph of Giuffre and Andrew together in a London townhouse, his arm around her bare midriff, was included in Giuffre’s lawsuit against him.

Inconsistencies in her statements over the years that would have been highlighted by Andrew’s attorneys at trial may have motivated her, in part, to settle, though she has explained them as innocent mistakes that occurred when recalling traumatic events years later.

Andrew spent years combating concerns about his links to Epstein, who took his life at age 66 in 2019 in a Manhattan federal lockup while awaiting trial on sex trafficking charges. Epstein’s longtime companion Ghislaine Maxwell was convicted of related charges.

A settlement of Andrew’s lawsuit followed deals reached by Giuffre years ago to resolve separate lawsuits against Maxwell and Epstein. It was recently revealed that Epstein settled for $500,000.