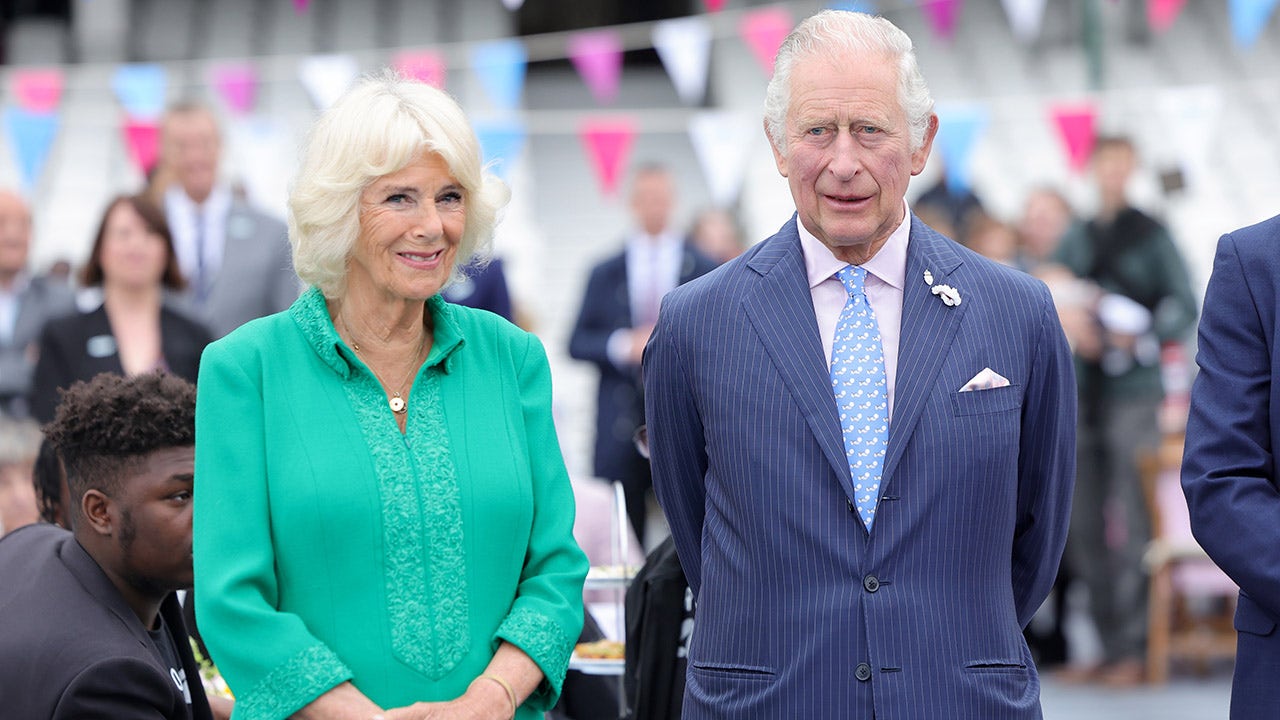 Prince Charles and Camilla, The Duchess of Cornwall, toasted to Queen Elizabeth II during a Big Jubilee Lunch celebration on Sunday afternoon before joining the queen on the final day of Platinum Jubilee events.

The Prince of Wales and his wife were on hand at South London’s Oval Cricket Ground where they reveled in delicious desserts and cakes dedicated to Elizabeth’s remarkable milestone as she marks 70 years on the throne.

Charles and Camilla raised a glass and toasted to the queen as they joined 500 guests and 70 “platinum champions” from the Royal Voluntary Service at the club in Kennington.

The royal couple also joined with throngs of people across the globe who registered to host Big Jubilee Lunches in an attempt to set a world record for the longest street party as nearly 10 million people anticipated to join in celebrations of communities in the commonwealth.

Prince Charles married Camilla Parker Bowles in April 2005 nearly 35 years after they first met. He was previously married to Princess Diana before they divorced in 1996.
(Chris Jackson)

“Between 10 to 12 million people is a modest estimate in terms of the scale of participation, and that’s testament to the community spirit and appetite for connection we know is out there,” Big Jubilee director Peter Stewart told Sky News before the event.

“Your Majesty, Mummy,” he began. “The scale of this evening’s celebration – and the outpouring of warmth and affection over this whole Jubilee weekend – is our way of saying thank you – from your family, the country, the Commonwealth, in fact the whole world. On behalf of us all, I wanted to pay my own tribute to your lifetime of selfless service.

“Your family now spans four generations. You are our Head of State. And you are also our mother. Your ‘strength and stay’ is much missed this evening, but I am sure he is here in spirit… My Papa would have enjoyed the show and joined us wholeheartedly in celebrating all you continue to do for your country and your people.”

Camilla, Duchess of Cornwall and Prince Charles, Prince Of Wales cheers with glasses of champagne at the Big Jubilee Lunch at The Oval on June 5, 2022 in London, England.
(Chris Jackson)

The 73-year-old Prince wore a pinstriped suit, while Camila opted for a bold green dress for the afternoon out on the final day of Jubilee events.
(chris jackson)

“Looking back, we think of the countless State occasions that are milestones along this nation’s road. And you will think of red boxes, filled with Government papers, at the end of the day,” he said. “You will remember those who have led this country. Indeed, all the countries you serve. And leaders across the world.

“How things have changed… We think of all you have done to make the Commonwealth such an important force for good. You continue to make history. And there was still time for fun amongst the work. We might have been celebrating that Derby winner this evening…next year perhaps? But I know what really gets my mother up in the morning is all of you – watching at home. Represented here tonight in this great audience.”

He added: “Your Majesty, you have been with us in our difficult times. And you bring us together to celebrate moments of pride, joy and happiness.

Camilla, Duchess of Cornwall and Prince Charles are seen on stage during the Platinum Party At The Palace at Buckingham Palace on June 4, 2022 in London, England. The Platinum Jubilee of Elizabeth II is being celebrated from June 2 to June 5, 2022, in the UK and Commonwealth to mark the 70th anniversary of the accession of Queen Elizabeth II on 6 February 1952.
(Kerry Davies – WPA Pool)

“You have met us and talked with us. You laugh and cry with us and, most importantly, you have been there for us, for these seventy years. You pledged to serve your whole life – you continue to deliver. That is why we are here. That is what we celebrate tonight. These pictures on your house are the story of your life – and ours. So, Your Majesty, that is why we all say ‘thank you.”‘

Queen Elizabeth II made a surprise appearance on the Buckingham Palace balcony Sunday after it was widely anticipated she would not participate in the final Platinum Jubilee festivities.

The 96-year-old monarch wore a vibrant green suit as she walked out of the palace and greeted thousands of revelers alongside her immediate royal family while Ed Sheeran performed “Perfect” before a moving rendition of “God Save The Queen.”

Elizabeth was joined by Prince Charles, the Duchess of Cornwall, grandson Prince William and wife Kate Middleton, in addition to their three children: Prince George, Princess Charlotte and Prince Louis.

It was the first time the queen had been seen since Thursday’s lighting of the Jubilee beacons, as she backed out of church services at St. Paul’s Cathedral, and missed horse racing events for only the third time.

Despite her attendance at Thursday’s Trooping the Colour military parade and flypast which honored her 96th birthday, The Palace issued a release that the queen would not be in attendance on Friday’s Service of Thanksgiving at St. Paul’s Cathedral.

“The Queen greatly enjoyed today’s Birthday Parade and Flypast but did experience some discomfort,” the statement read.

“Taking into account the journey and activity required to participate in tomorrow’s National Service of Thanksgiving at St Paul’s Cathedral, Her Majesty with great reluctance has concluded that she will not attend.”

The Palace added: “The Queen is looking forward to participating in tonight’s Beacon lighting event at Windsor Castle and would like to thank all those who made today such a memorable occasion.”

Following Elizabeth’s announcement, a royal expert told Fox News Digital that it’s “another sobering reminder that the Queen’s record-shattering [70-year] reign is drawing to an end.”