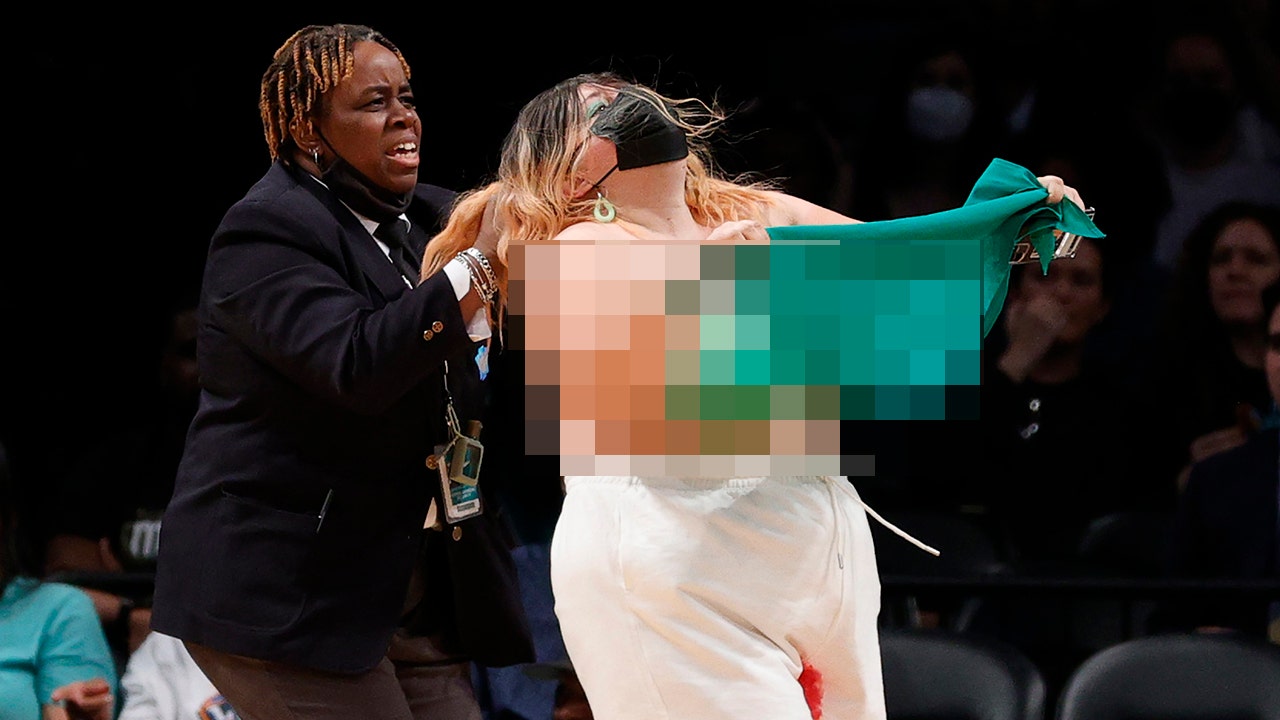 A WNBA game between the New York Liberty and Minnesota Lynx on Tuesday night was briefly interrupted by pro-choice activists.

Some women were topless when they ran onto the court while others held up a banner that read, “Overturn Roe? Hell no!” Another banner read, “Abortion on demand & without apology.”

Rise Up 4 Abortion Rights took responsibility for the stunt in a tweet. The women were eventually escorted out of the Barclays Center.

“This was the audience we wanted. We aren’t protesting to change the hearts & minds of woman-hating fascists. No. We are calling on those who can stop the overturning of #RoeVWade: THE MILLIONS of ppl (sic) who support #abortionrights. YOU! No business as usual. Shut the country down!” the group tweeted.

The same group was responsible for a similar stunt during the Los Angeles Dodgers and New York Mets game over the weekend.

Protesters are taken off the court during the New York Liberty and Minnesota Lynx game at the Barclays Center on June 7, 2022, in Brooklyn.
(Sarah Stier/Getty Images)

The Supreme Court issued a response last month to the report of a leaked draft opinion that, if published, would overturn Roe v. Wade, with Chief Justice John Roberts strongly condemning the leak to the press.

In a brief message, the court acknowledged that the leaked document was real, while noting that it was just a draft and that the court has not issued a final decision on the matter.

“Justices circulate draft opinions internally as a routine and essential part of the Court’s confidential deliberative work. Although the document described in yesterday’s reports is authentic, it does not represent a decision by the Court or the final position of any member on the issues in the case,” the court said.

Roberts, in his own statement accompanying the court’s press release, announced that he has called upon the Marshal of the Court to investigate the situation and find the source who leaked the document to Politico. Roberts also spoke out against the notion that the leak could succeed as a political maneuver to influence the outcome of the case.