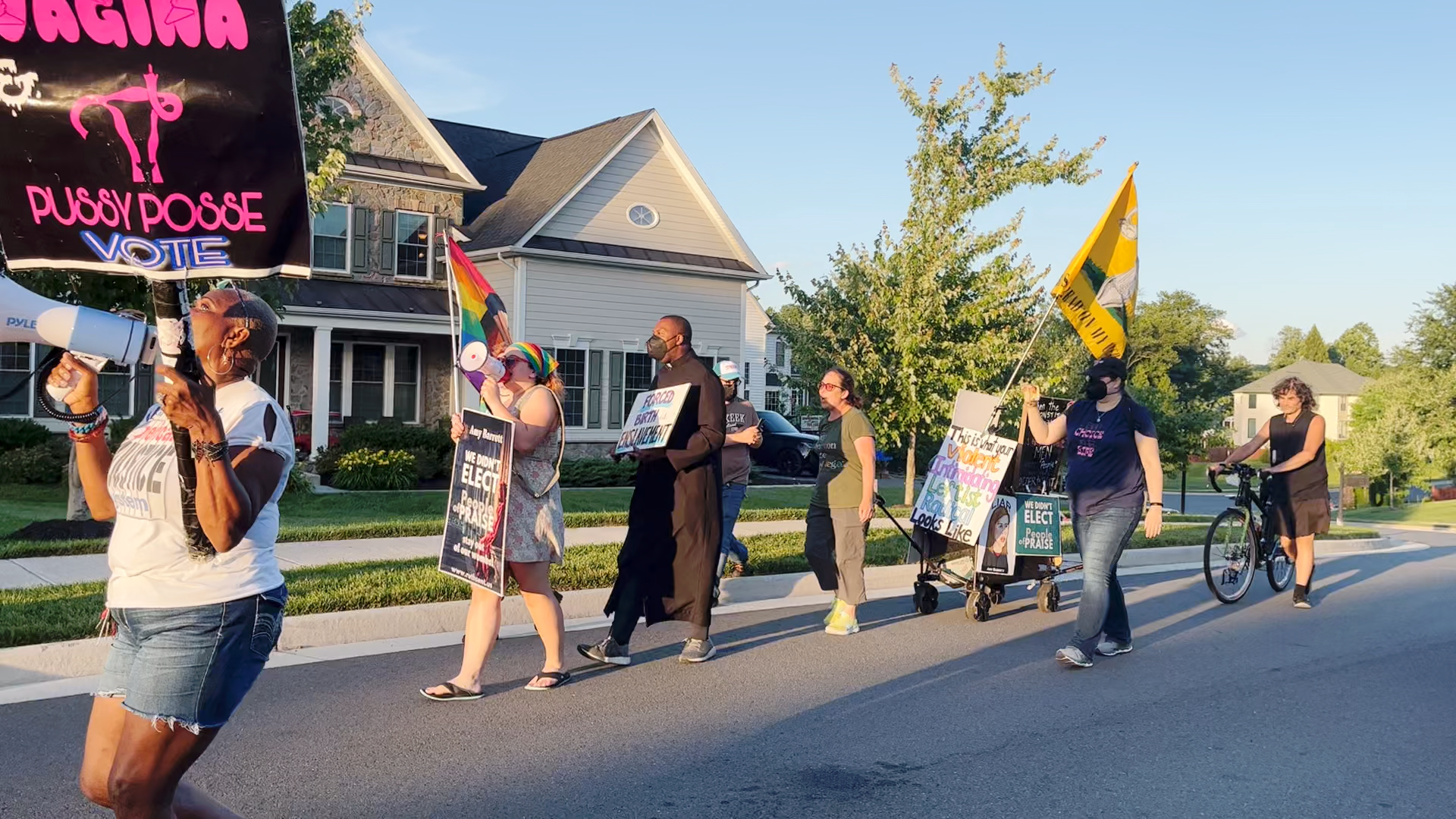 Waving banners and holding up signs, the group walked up and down the sidewalk chanting call-and-response slogans like, “Your neighbor says post-Roe, we say hell no!” and “Hey-hey, ho-ho, the handmaiden has got to go!”

The tiny rally came a day after protesters marched in front of the home of Justice Brett Kavanaugh following the arrest of a California man who had threatened to kill him.

The man, 26-year-old Nicholas John Roske, was carrying a gun, a knife, and zip ties, according to police. Later Wednesday, he was charged with attempted murder of a Supreme Court Justice.

Demonstrations against Supreme Court Justices have ratcheted up in recent weeks in response to a leaked draft opinion suggested that the Supreme Court was on the verge of overturning the landmark 1973 abortion case, Roe v. Wade.

A group of drummers marched outside of Kavanaugh’s house after an alleged assassination attempt.
(Fox News)

Roske told police he was upset about the draft as well the mass shooting in Uvalde, Texas last month, where 21 people – including 19 children were killed. Roske said he believed Kavanaugh would vote to loosen gun control laws, according to a criminal complaint.

A Department of Homeland Security report said the Supreme Court draft opinion has unleashed a wave of threats against officials and others and increased the likelihood of extremist violence.