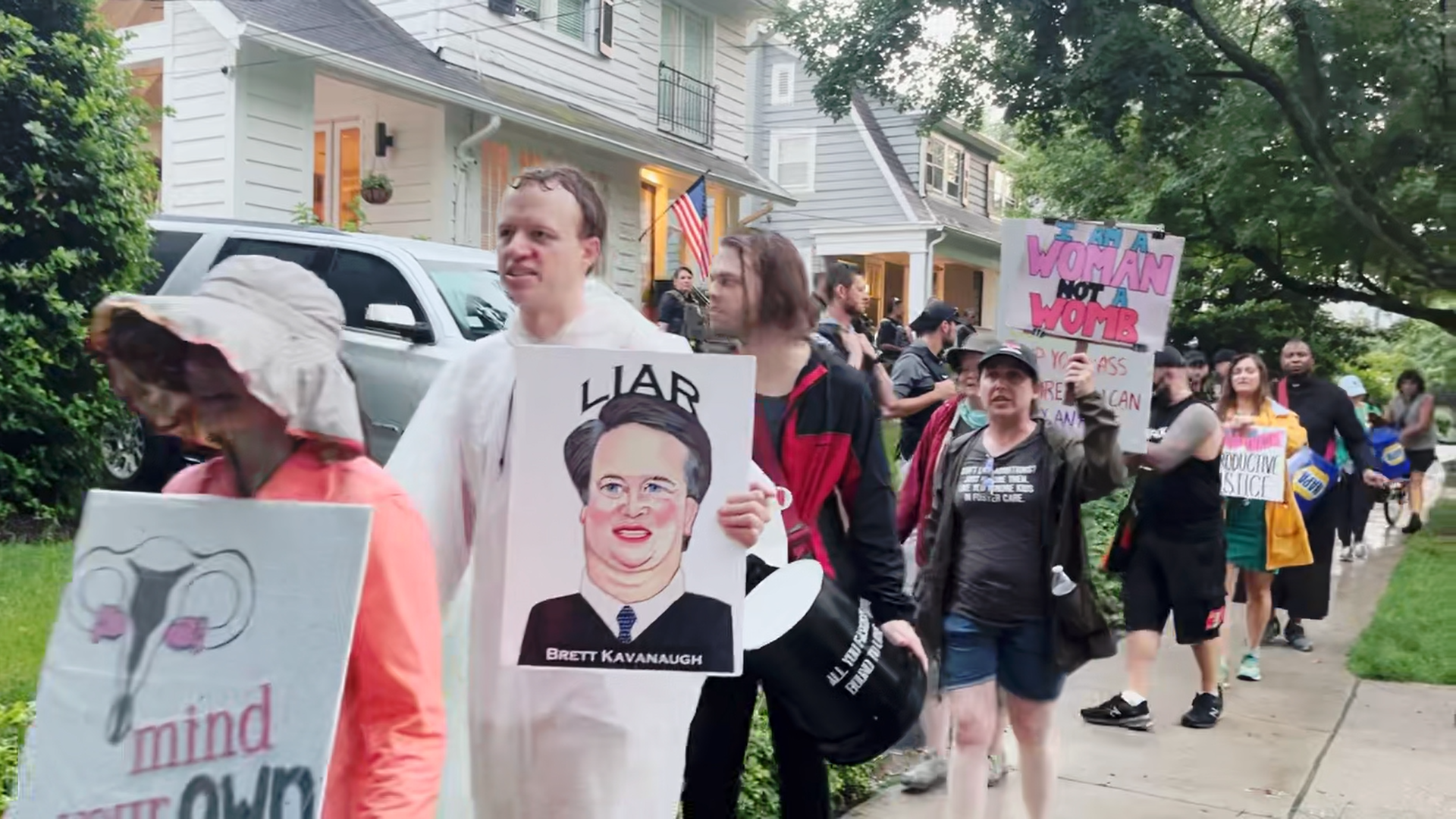 Pro-choice activists marched in front of the home of Supreme Court Justice Brett Kavanaugh Wednesday evening just hours after a man was charged with threatening to kill him.

In videos shared online, protesters – comprising members of the activist group “Ruth Sent US” – chanted slogans while banging drums and walking up and down the sidewalk.

“Keep your rosaries, off my ovaries,” the protesters could be heard chanting in call and response fashion while police stood on guard in front of Kavanaugh’s home.

26-year-old California man Nicholas John Roske was arrested early Wednesday near Kavanaugh’s house in Maryland after threatening to kill the justice. Police said he was carrying a gun, a knife and zip ties.

Later in the day federal prosecutors charged Roske with the attempted murder of a Supreme Court Justice. During a court hearing, he consented to remain in federal custody for now.

Roske told police he was upset by a leaked draft opinion suggesting the Supreme Court is about to overrule Roe v. Wade, the landmark abortion case. He also said he was upset over the school massacre in Uvalde, Texas, and believed Kavanaugh would vote to loosen gun control laws, the affidavit said.

Throughout the day the pro-choice activist group, “Ruth Sent Us,” posted a series of tweets trying to distance themselves from “fundamentalists,” while also labeling Kavanaugh a “white supremacist.”

In another post, the group said it offered its “thoughts & prayers” to Justice Kavanaugh and his wife, Ashley Kavanaugh.

In yet another, the group shared a screenshot of a Catholic billboard with a piece of paper taped onto it reading: “Chasing Justice in Chevy Chase,” featuring the faces of Justices Kavanaugh and John Roberts.

“A special message for Ashley Kavanaugh and your daughters – this billboard was on your school grounds. We feel for you,” the group tweeted. “@Leader McConnell and the GOP aren’t worried about your safety. They worry only for the expensive Supreme Court they rigged, and their own power. #SCOTUS.”

In one tweet, the group suggested Roske is a “good guy with a gun” because he failed to carry out his alleged plan to assassinate Justice Kavanaugh.

There have been protests at the homes of Kavanaugh and other justices, as well as demonstrations at the court, where a security fence rings the building and nearby streets have been closed.

A Homeland Security Department report said the draft opinion, leaked in early May, has unleashed a wave of threats against officials and others and increased the likelihood of extremist violence.