Putin says Russians have left Kyiv for the sake of negotiations 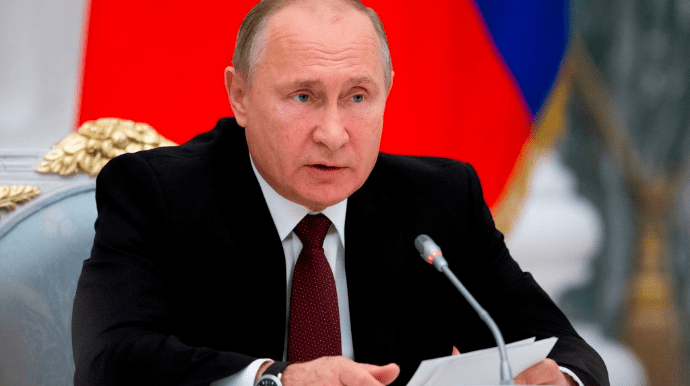 Russian President Vladimir Putin has said that the Russians have withdrawn from Kyiv “to create conditions for negotiations” with Ukraine.

Source: Putin at a meeting in Iran, quoted by the Russian publication RBK

Details: Putin also accused Ukraine of allegedly not fulfilling the Istanbul agreements, but he did not say which ones specifically. Putin said that since Kyiv is unwilling to keep its commitments, he will not meet with Volodymyr Zelenskyy.

Quote from Putin: “In order to create these conditions (for negotiations), our troops have withdrawn from the centre of Ukraine, from Kyiv. The Kyiv authorities have refused to implement these agreements, although they were practically reached. Therefore, the final result depends, of course, not on mediators, but from the desire of the parties to fulfil the agreements reached. We can see today that the Kyiv authorities have no such desire.”

Sergey Lavrov, the Minister of Foreign Affairs of the Russian Federation, stated that they were satisfied with the peace agreement proposal presented by the Ukrainian delegation in Istanbul on 29 March. Nikolai Patrushev, the Secretary of the Security Council of the Russian Federation, stated that Russia wants to reach an agreement with Ukraine “as soon as possible.”