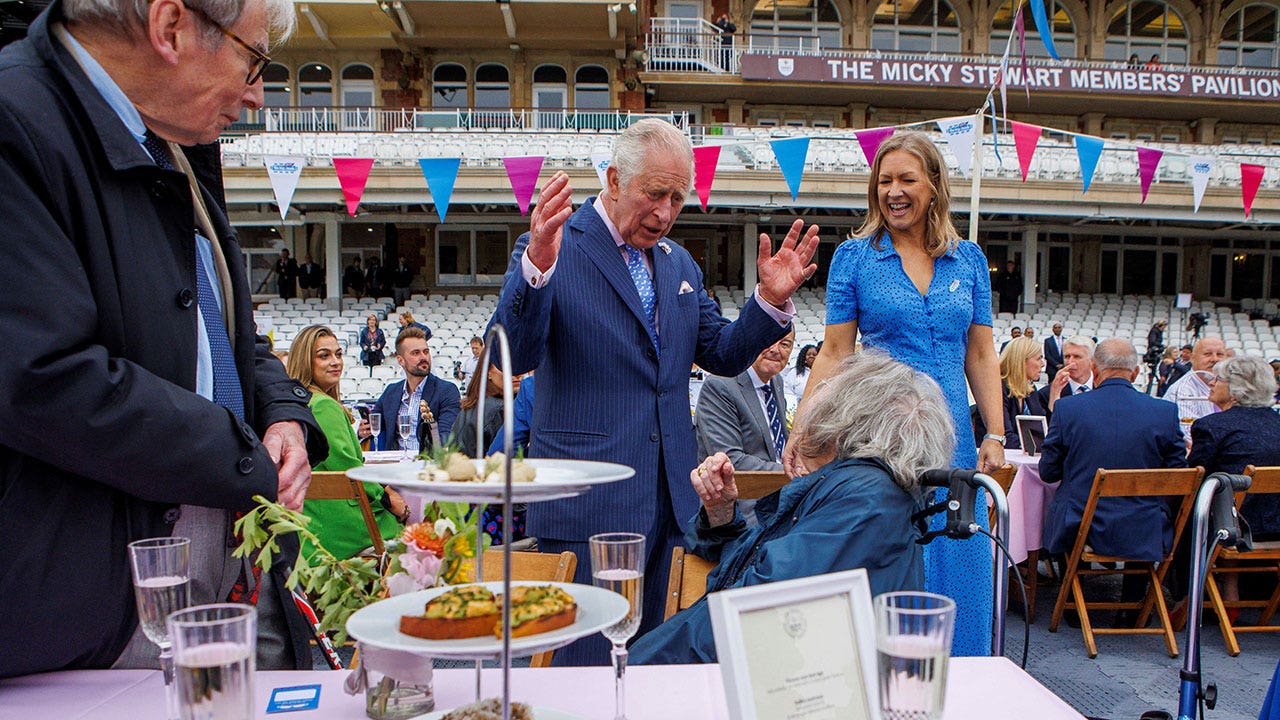 Queen Elizabeth II’s Platinum Jubilee is wrapping up on Sunday with a street pageant that will march about two miles in London to Buckingham Palace.

Prince Charles and his wife, Camilla, mingled with crowds on Sunday at The Oval cricket ground in London for a “Big Jubilee Lunch.” Millions across the country similarly sat at long tables decorated with balloons and ate picnic fare.

Queen Elizabeth’s 18th century Gold State Coach will be paraded through the streets of London during the Platinum Jubilee Pageant. This marks the first time in 20 years the 260-year-old carriage has been removed from its display at the Royal Mews.  Unlike previous events for the jubilee, the pageant is open to the public.

Later Sunday, celebrities including singer-songwriter Ed Sheeran will sing “God Save The Queen” outside Buckingham Palace as a finale to the pageant.

PLATINUM JUBILEE PAGEANT: WHAT TO KNOW ABOUT THE CELEBRATION

QUEEN ELIZABETH THROUGH THE YEARS

The 96-year-old monarch is not expected to participate in Sunday’s pageant festivities, but archival video footage of the queen will be broadcast.

QUEEN ELIZABETH’S PLATINUM JUBILEE: A LOOK AT THE FESTIVITIES

The queen’s last public appearance was on Thursday when she smiled and waved on Buckingham Palace’s balcony with her family. She has recently limited her public appearances due to “episodic mobility issues,” according to palace officials.

The Associated Press and Fox News’ Janelle Ash contributed to this report.