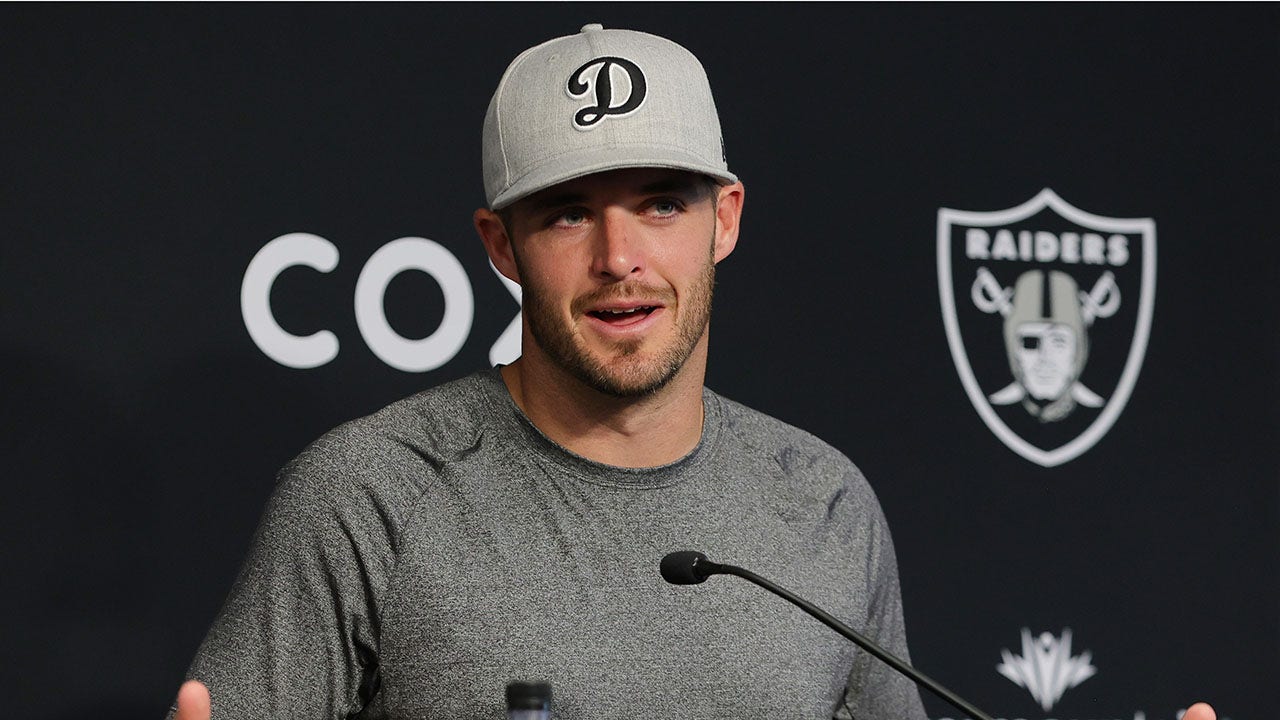 Las Vegas quarterback Derek Carr thinks that if the Raiders sign Colin Kaepernick, his fit in the locker room would be “great.”

Speaking Tuesday after the Raiders’ first mandatory minicamp practice, Carr discussed the possibility of having Kaepernick as a teammate, and Carr spoke highly of the free-agent quarterback.

“I’ve known Colin since our days playing in the WAC conference, which is no longer a thing,” Carr said when asked about the Raiders holding a tryout for Kaepernick. “I remember our days back then. And just watching him and what he did at college, getting to know him and talking on the phone. I’ve told you guys, I’ve loved my time with him. I think he’s a great guy. He’s been great to be around. I’ve enjoyed being around him, talking with him, competing against him.”

Las Vegas brought in Kaepernick for a workout at the end of May, and the former San Francisco 49er reportedly impressed.

Kaepernick has not played in the NFL since the 2016 season, the year he started kneeling during the national anthem in protest of racial injustice.

Carr told reporters on Tuesday that he believed Kaepernick would get along with everybody in the locker room.

Quarterback Derek Carr of the Las Vegas Raiders speaks during a news conference after the first day of mandatory minicamp on June 7, 2022, in Henderson, Nevada.
(Ethan Miller/Getty Images)

“I don’t want to speak for everybody in that kind of sense. I don’t want someone mad at me for saying ‘I think he’d be great,’ but I know him and I would get along great,” Carr told reporters. “I know we have in the past and I think we would again.”

“I think he’d get along just fine with our guys.”

Quarterback Derek Carr told reporters on Tuesday that he believed Colin Kaepernick would get along with everybody in the Raiders’ locker room.
(Ethan Miller/Getty Images)

Following Kaepernick’s workout in May, first-year head coach Josh McDaniels told reporters that the Raiders were Carr’s football team even if Kaepernick was signed.

“I think he knows this is his football team, and he’s working like it on the field, and he’s leading the way that we want him to lead, and he’s doing all the right things,” McDaniels added. “I couldn’t ask more from Derek Carr and very pleased with what he’s doing so far.”