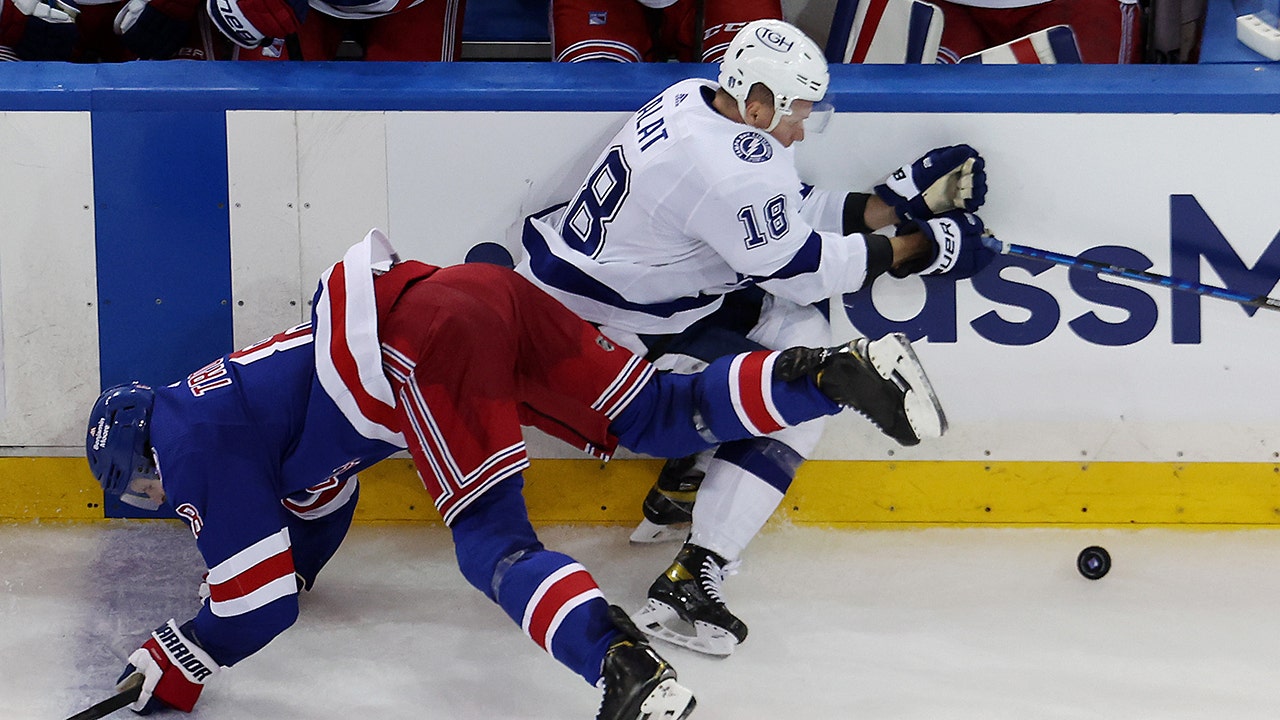 New York Rangers defenseman Jacob Trouba has been praised by fans in the postseason for his tough and gritty play but those on the other side of the bench haven’t been too pleased.

During Thursday night’s 3-1 loss against the Tampa Bay Lightning, Trouba was gearing up for a big hit against Ondrej Palat near the blue line when the veteran winger ducked the hit, sending Trouba to the boards right in front of the Rangers bench.

Ondrej Palat of the Tampa Bay Lightning avoids a hit by Jacob Trouba of the Rangers during the Stanley Cup Playoffs at Madison Square Garden on June 9, 2022, in New York City.
(Al Bello/Getty Images)

Social media erupted over the missed hit after a replay appeared to show Trouba leading with his elbow – a potentially dangerous moment if he had made contact.

Trouba is no stranger to controversial hits.

During Game 7 of the Rangers’ second-round series against the Carolina Hurricanes, Seth Jarvis was on the receiving end of one of Trouba’s big hits. He would not return to the game after the first period and said he believed he suffered a concussion from the hit.

Pittsburgh Penguins center Sidney Crosby on the ice after being hit by Rangers defenseman Jacob Trouba on May 11, 2022, at Madison Square Garden in New York City.
(Rich Graessle/Icon Sportswire via Getty Images))

A similar situation happened in the Rangers’ first-round series against the Pittsburgh Penguins with captain Sidney Crosby, who missed the rest of Game 5 and Game 6.