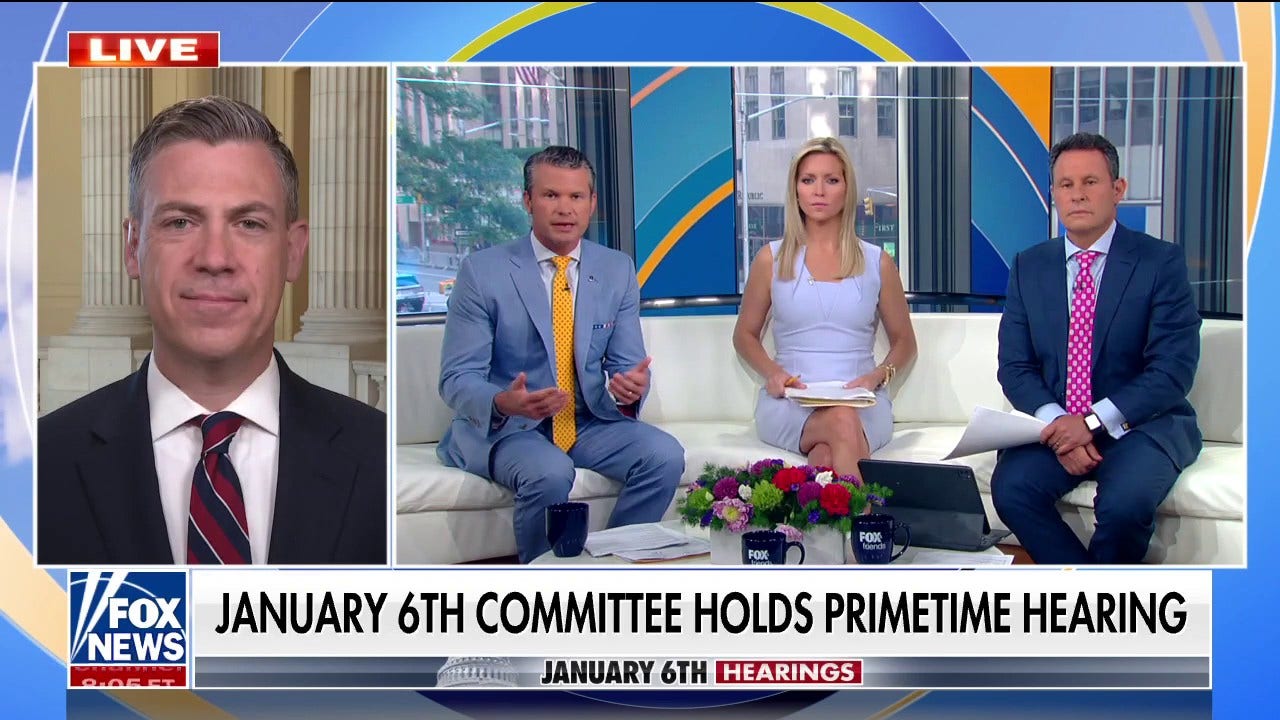 Rep. Jim Banks, R-Ind., argued the January 6th committee is focused on prosecuting Donald Trump “for crimes that he did not commit.” On “Fox & Friends” Friday, Banks reflected on the first night of hearings saying that the committee is using this to “attack” political opposition and will later propose the “radical election agenda of Democrats.”

JAN. 6 COMMITTEE AIMS TO SHOW ‘TRUMP WAS AT THE CENTER’ OF PLOT TO OVERTURN ELECTION WITH PRIMETIME HEARING

REP. JIM BANKS: Last night’s hearing was a primetime dud. Nothing came out of it that we didn’t know before, and it didn’t change anybody’s minds. At the end of the day, this committee is trying to prosecute Donald Trump for crimes that he did not commit. And last night proved that they don’t have any evidence that shows anything that’s different than that. They want to put down [Trump]. They want to throw Donald Trump in jail. If they can’t get that done, they want to prevent his name from appearing on the ballot. They want to continue to use this committee process as a way to attack their political opponents.

But we also learned from the reports over the weekend that this committee is actually going to come out and recommend for abolishing the Electoral College and to advance the radical election agenda of the Democrats – to nationalize, federalize elections, to move all states toward mail-in ballots. That’s what this committee is really all about. It’s not about investigating January 6th.

WATCH THE FULL VIDEO BELOW: