Review: The 2023 Acura Integra is a worthy rad-era reboot 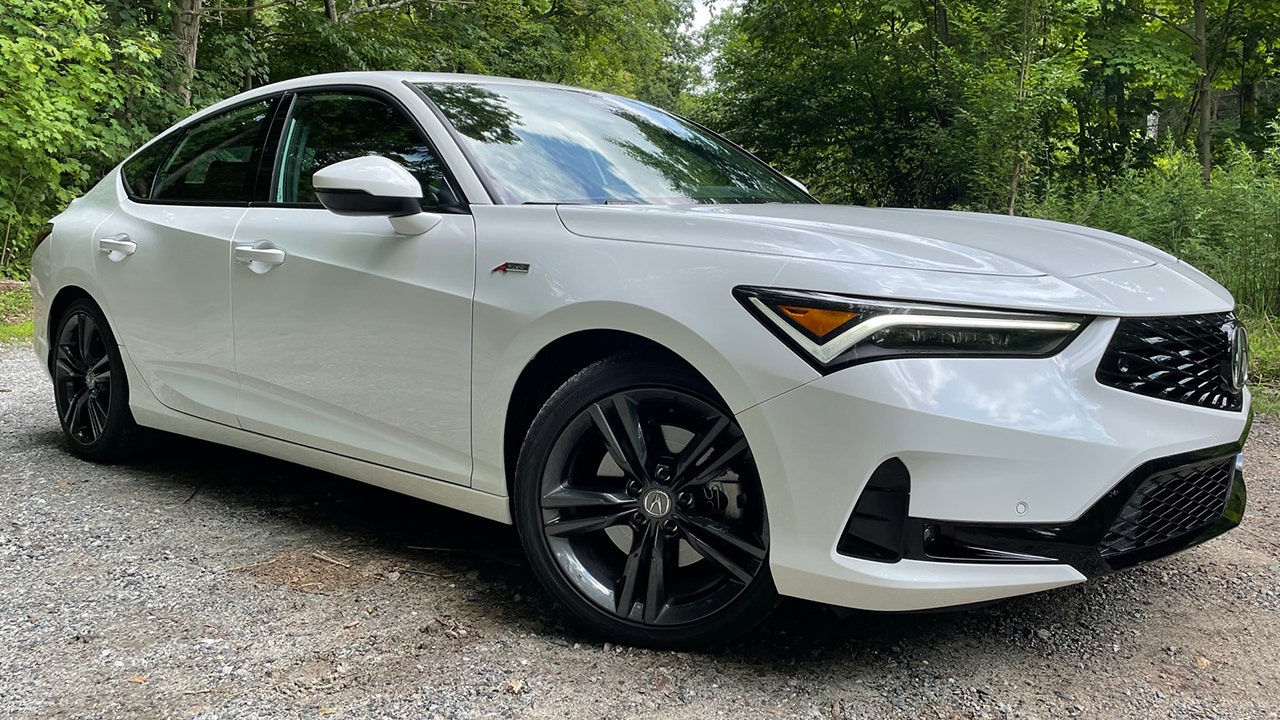 The 2023 Acura Integra borrows its name from one of the brand’s original cars, but does it live up to it? Fox News Autos Editor Gary Gastelu reviews.

Acura’s newest car channels the spirit of one of its oldest, and its fans are here for it.

The 2023 Acura Integra borrows its name from one of the models that helped launch the brand 1986 and remained an enthusiast favorite through three rad-era generations until it was last used in 2001. Like past Integras, the new one is based on the Honda Civic, but features a unique four-door liftback design.

It comes standard with the same 200 hp turbocharged 1.5-liter four-cylinder engine featured in the sporty Civic Si and is available with a six-speed manual transmission to add to the throwback vibe.

You have to play for the pleasure of do-it-yourself shifting today, however. The Ohio-built, front-wheel-drive Integra starts at $31,895, which is about three-grand more than a loaded Civic Si, but you need to opt for the top $36,895 A-Spec with Technology Package trim to unlock the stick-shift option. Otherwise, it comes with a continuously variable automatic transmission that’s been programmed to pretend it has gears.

The 2023 Acura Integra is built on the same platform as the Honda Civic.
(Acura)

So far, around 65% of early orders have been placed for manual transmission-equipped Integras, which indicates a combination of pent-up demand for what’s become an increasingly rare feature in affordable sporty sedans and nostalgia-driven interest. Acura expects things to start shifting in the automatic’s favor as more orders come in, but its yet to be seen how far.

The Integra is available with a six-speed manual transmission.
(Acura)

The manual is bundled with a limited-slip front differential that provides better traction under acceleration and the Technology Package adds a computer-controlled adaptive suspension and ELS audio system with so many speakers that they had to put two in the ceiling. All Integra trims get the Acura Sensing Suite of electronic driver aids, which includes adaptive cruise control, blind spot monitoring and a lane-centering system.

The Integra is essentially the same size as a Civic with a similarly roomy interior, which is more midsize than compact. In fact, the EPA classifies it as a large car. There’s enough legroom for six-footers to sit behind six-footers, but they might be tapping their heads on the bottom of the low, sleek roof in the rear.

TEST DRIVE: THE 2022 HONDA CIVIC HATCHBACK IS A THROWBACK

The dashboard has a well thought-out design with knobs and buttons for the climate control and a touchscreen infotainment system that’s much easier to use than the remote touchpads Acura has used in recent models. A seven-inch screen and both Apple CarPlay and Android Auto smartphone integration are included, while the Technology Package brings a nine-inch display, wireless Apple CarPlay and Android Auto and a wireless charging pad to the mix. The deep sport bucket seats upholstered in synthetic leather and microsuede are equally fashionable and functional.

The Integra comes with a touchscreen infotainment system and digital instrument cluster.
(Acura)

Along with the upfront price, the manual transmission drops the Integra’s combined fuel economy rating from the CVT’s 33/32 mpg combined to 30 mpg, but the fun factor makes up for it. It’s as slick-shifting and easy to use as any stick in the business and its 36 mpg highway rating is just one less than the CVT’s.

The Integra offers Comfort, Normal and Sport driving modes, but also an individual setting that lets you program the stiffness of the shocks and how aggressive you want the throttle response and steering to feel.

The Integra is powered by a 200 hp 1.5-liter turbocharged four-cylinder engine.
(Acura)

It’s interesting point that the 2023 Integra has just five more horsepower than the 2001 Integra Type R, which featured a naturally-aspirated 1.8-liter four-cylinder motor that’s made the model something of a legend in the hot hatchback scene. Low mileage examples have been selling for over $100,000 in recent years and the lure of this level of performance persists.

The Integra gets plenty of punch from its turbo and can accelerate to 60 mph in just over seven seconds. That doesn’t exactly make it a pocket rocket, but its plenty quick to have a good time on a real road without getting into trouble. The ride isn’t harsh in the Sport setting, but the handling is excellent, and that differential puts the power down perfectly, even in the curves.

The Integra is a very sophisticated car that’s as happy commuting down the freeway as it is tackling a twisty mountain road, and the 24.3 cubic-foot cargo area is big enough to bring along enough luggage for a very long road trip. It may not have the fast and furious edge or image of its ancestors, but anyone who owned one of those has probably matured as it has in the decades since.

Overall I’d say the legend has returned, but that was the name Acura’s other original launch vehicle, so it technically hasn’t.