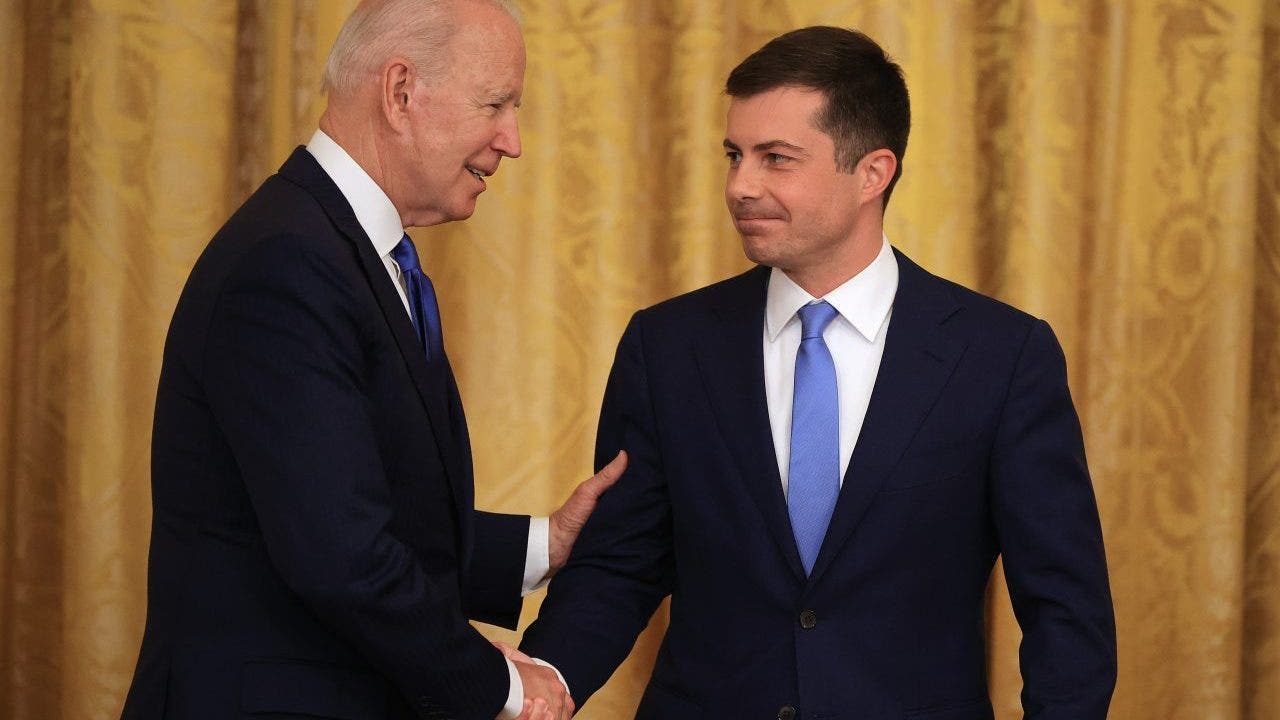 Transportation Secretary Pete Buttigieg was torched Monday after explaining the White House does not have a “dial” to control gas prices, as they spiral above $5-per-gallon in many states across the country.

The former South Bend, Ind., mayor claimed companies in the sector, which include ExxonMobil, Sunoco and Royal Dutch Shell, are selfishly seeking to maximize profits, adding to the current crisis.

After those remarks, and President Biden invoking the Defense Production Act (DPA) to double down on green energy production, former Energy Secretary Rick Perry said it is clear the White House could have prevented the crisis while still focusing on their green goals.

“The question I have for the transportation secretary is what’s the ‘emergency’ in the renewable industry that you would put the DPA to work?” he asked, adding the green sector only produces “at max” 20% of the energy pie. “The idea that they’re going to go use the DPA in the solar and in the wind side of things is just beyond me.”

“If you really wanted to make a difference, what you would have done is sent the message early on in this administration, and said ‘listen, we’re going to be a partner with the energy industry’ — But what they did is they sent the clear message that we don’t like the fossil fuel industry, we don’t like the nuclear industry.”

Perry added that in many cases the green energy sector has a big problem with the “NIMBY/Not-in-my-backyard” mindset of many people including windmill and solarfarm proponents.

An oil pumpjack operates in the drive-thru of a McDonald’s in Bradford, Pennsylvania.
(Reuters)

In one notable 2017 case, opposition from Cape Cod residents including the Kennedy family successfully killed the “Cape Wind” project offshore from Massachusetts. Fox News reported at the time it would have “spoiled” the maritime views from the Kennedy’s estate.

On “Hannity,” Perry said that overall, there cannot be a functioning United States without a strong fossil fuel industry.

“They’re getting it wrong in so many different ways. It’s stunning.”