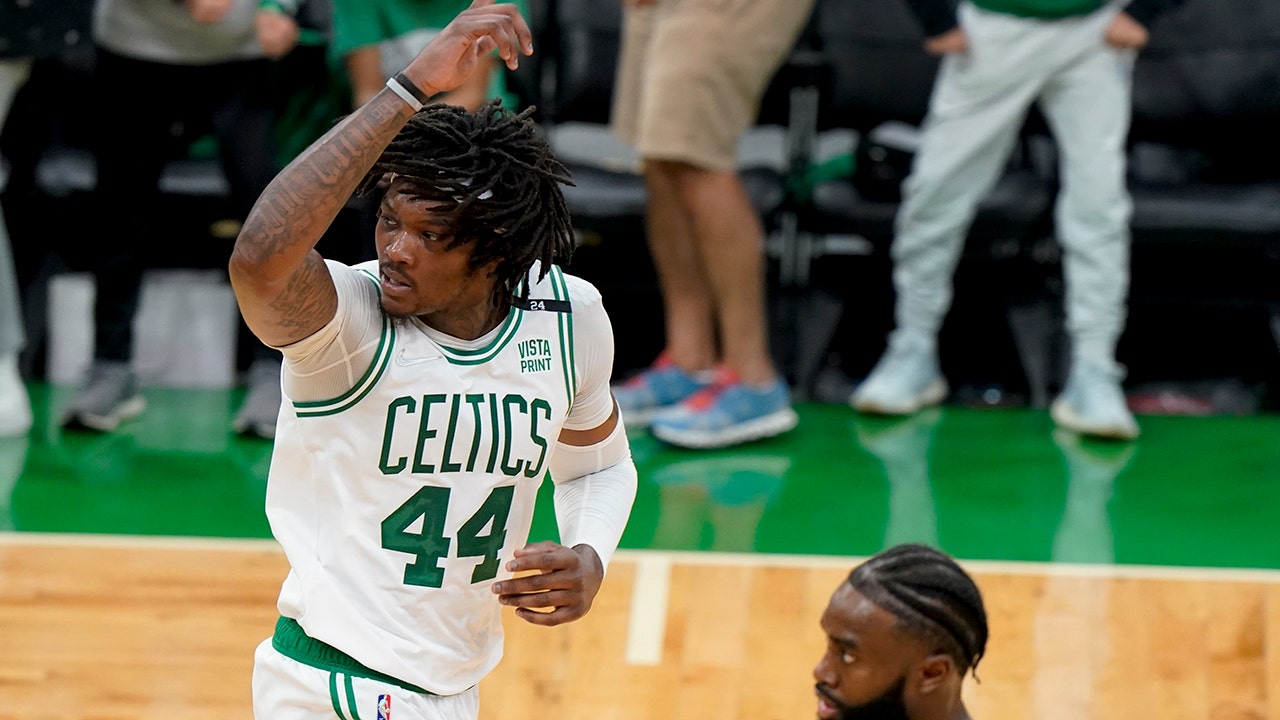 Boston Celtics center Robert Williams III put together a terrific defensive performance in the team’s 116-100 victory over the Golden State Warriors on Wednesday night to take a 2-1 series lead.

Williams didn’t stuff the stat sheet with points like his teammates Jaylen Brown, Jayson Tatum and Marcus Smart. But he finished +21 and had 10 rebounds, four blocks and three steals to go along with eight points, including one emphatic dunk on an alley-oop pass.

Marcus Smart and Robert Williams III of the Celtics react to a play against the Golden State Warriors during the NBA Finals at TD Garden on June 8, 2022, in Boston.
(Maddie Meyer/Getty Images)

He received major praise from his teammates for his performance.

“He’s a game changer. Rob is really a game changer. We’re very fortunate to have a guy like that that impacts winning in the way that he does, because it’s beyond the numbers with him,” Al Horford said, via NESN. “It’s just all the things that he brings, being in the right places. I’ve been so impressed with Rob, just his ability to just continue to get better and learn.”

Smart added: “It does everything for us. It makes us even more dangerous. The way he attacks the rim in the aerial attack for us and it puts a lot of pressure on defenses, especially the one where they’re not very big in that 5 position. The things that he can do, just throwing the ball up there and let him go do it, is remarkable. When he’s doing that and he’s protecting that paint and he’s moving the way he’s moving, it makes us that much more dangerous.”

Williams has been battling a knee injury the entire playoffs. He had left meniscus surgery in the first round and the pain is visible as he plays. He said dealing with the injury has been “rough” but was focused on getting back to 100% once the season is over.

Robert Williams III of the Celtics speaks with the media after the NBA finals game on June 8, 2022, in Boston.
(Brian Babineau/NBAE via Getty Images)

“Throwing everything at it. Usually it’s more sore the day after the game, obviously, adrenaline going down. But we did some different things today, got on the bike a little bit earlier before the game. I benefited from it,” he said, via NBC Sports Boston.