Ron DeSantis calls out Democrats, media over threats to SCOTUS: ‘Totally antithetical to rule of law’ 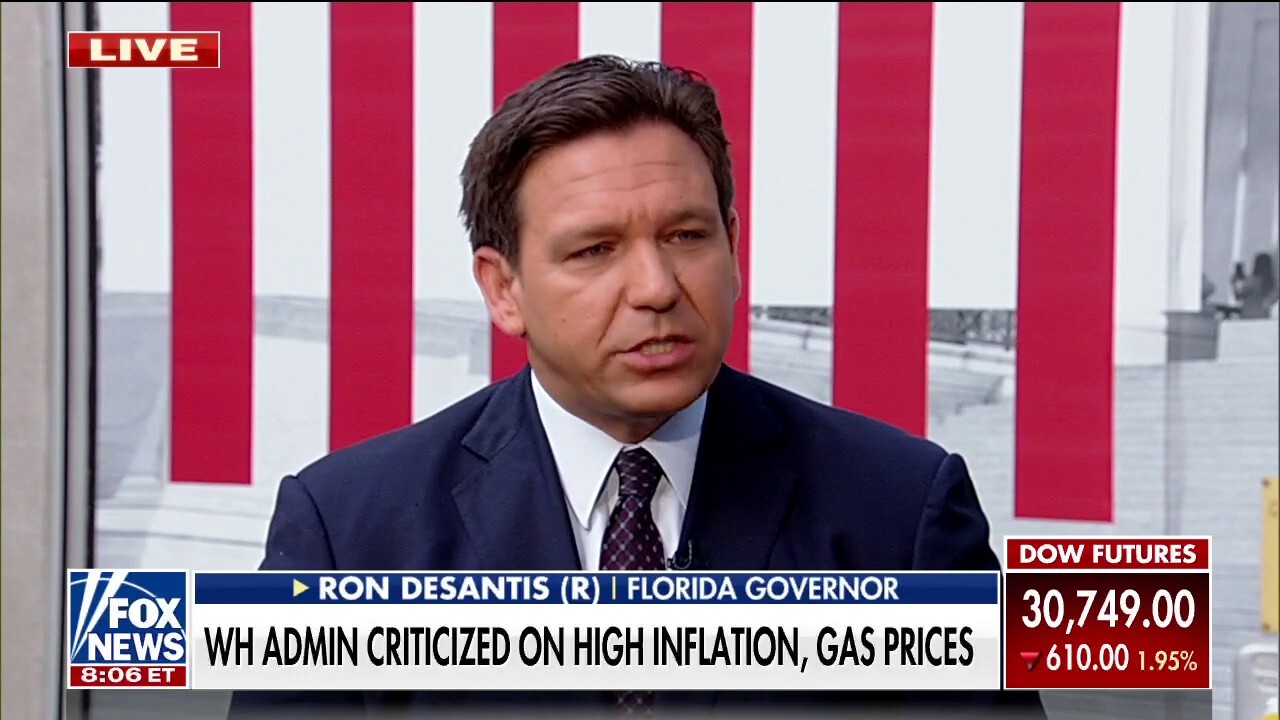 DeSantis warned the left’s attempt to intimidate Supreme Court justices would be “considered an insurrection” just days after a man was charged with attempting to murder Justice Kavanaugh.

“I think that we have a rule of law in this country, and you don’t get to just have a mob descend on Supreme Court justice’s house or try to impede the operations of government because there may be a decision you don’t like,” DeSantis said on “Fox & Friends” on Monday. “That would be considered an insurrection to stop a court from functioning, and yet they seem to be able to get away with a lot more than if the shoe were on the other foot.”

BILL MAHER BURIES NYT FOR BURYING KAVANAUGH ASSASSINATION ATTEMPT: ‘THEY WEAR THEIR BIAS ON THEIR SLEEVES’

An armed California man was arrested last week near his Maryland home with intentions to kill Justice Kavanaugh. He was carrying a gun, knife, and other burglary necessities at the time of the arrest, according to authorities.

“You had someone travel from… halfway around the country to come and murder Justice Kavanaugh,” DeSantis said. “And that was like not even significant news in a lot of the mainstream media.”

“They’re trying to change the outcome of decisions that they are concerned that they don’t like, and that is just totally antithetical to the rule of law,” he continued.

Meanwhile, the White House is under fire as Americans grapple with rampant inflation across the board. Gas prices have hit $5.00 nationwide, an all-time high since AAA began tracking prices back in 2000.

“People are paying at the pump like never before,” he continued. “It’s hammering blue collar people, working people, but as you said, it impacts everything in the economy.”

Bailee Hill is an associate editor with Fox News Digital.