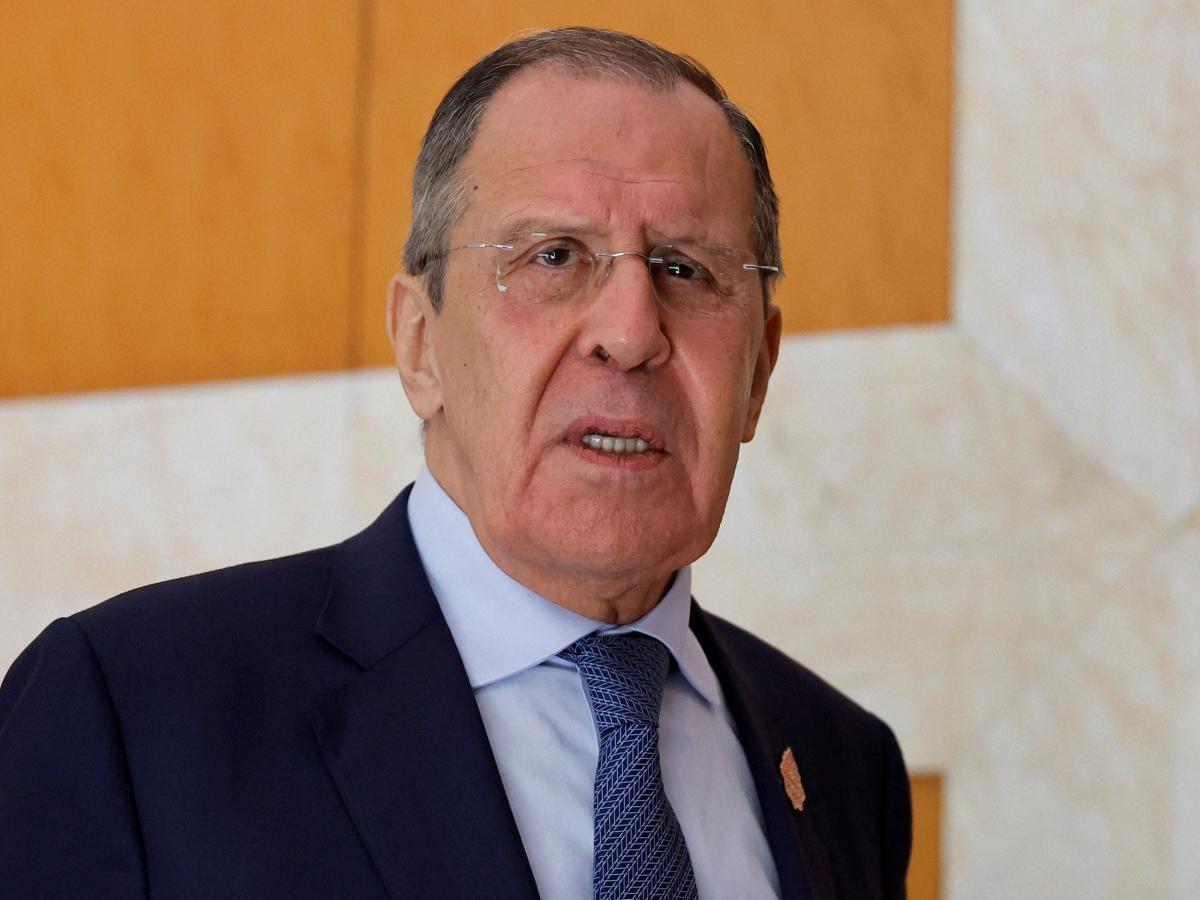 Lavrov described Russia’s invasion of Ukraine as an ongoing “process” that “continues consistently and persistently.”

He told Russian state media that if Western countries continue to supply Ukraine with long-range weapons like the American High Mobility Artillery Rocket Systems (HIMARS), the Kremlin will push its military goals in the country even further.

Lavrov said Russia cannot allow Ukrainian President Volodymyr Zelenskyy “or who will replace him to have weapons that will pose a direct threat to our territory and the territory of those republics that have declared their independence, those who want their future decide for yourself,” according to RIA Novosti.

Russian forces switched their focus to Ukraine’s Donbas — made up of the separatist Luhansk and Donetsk regions — after they failed to capture Ukraine’s capital city of Kyiv early on in Russia’s unprovoked invasion. By early July, Russia had control of Luhansk.

National Security Council spokesperson John Kirby said on Tuesday that Russia is “laying the groundwork to annex Ukrainian territory that it controls, in direct violation of Ukraine’s sovereignty.”

“We’re seeing ample evidence in the intelligence and in the public domain that Russia intends to try to annex additional Ukrainian territory,” Kirby said during a White House press briefing.

Kirby explained that Russia is “beginning to roll out a version of what you could call an ‘annexation playbook,’ ” similar to when Putin invaded and annexed the Crimean peninsula in 2014.

“The Russian government is reviewing detailed plans to purportedly annex a number of regions in Ukraine, including Kherson, Zaporizhzhia, all of Donetsk and Luhansk,” Kirby said.

Russia is already “installing illegitimate proxy officials” in the areas of Ukraine under its control who will orchestrate “sham referenda” to provide justification for the annexation of Ukraine’s territory, Kirby said.

In an interview with Insider last week, top Russia expert Fiona Hill emphasized that Putin’s overall goals in Ukraine have not changed — even if the war has morphed into a more grinding, prolonged conflict than he anticipated. “Putin wants to find a way of subjugating Ukraine one way or another,” Hill said.