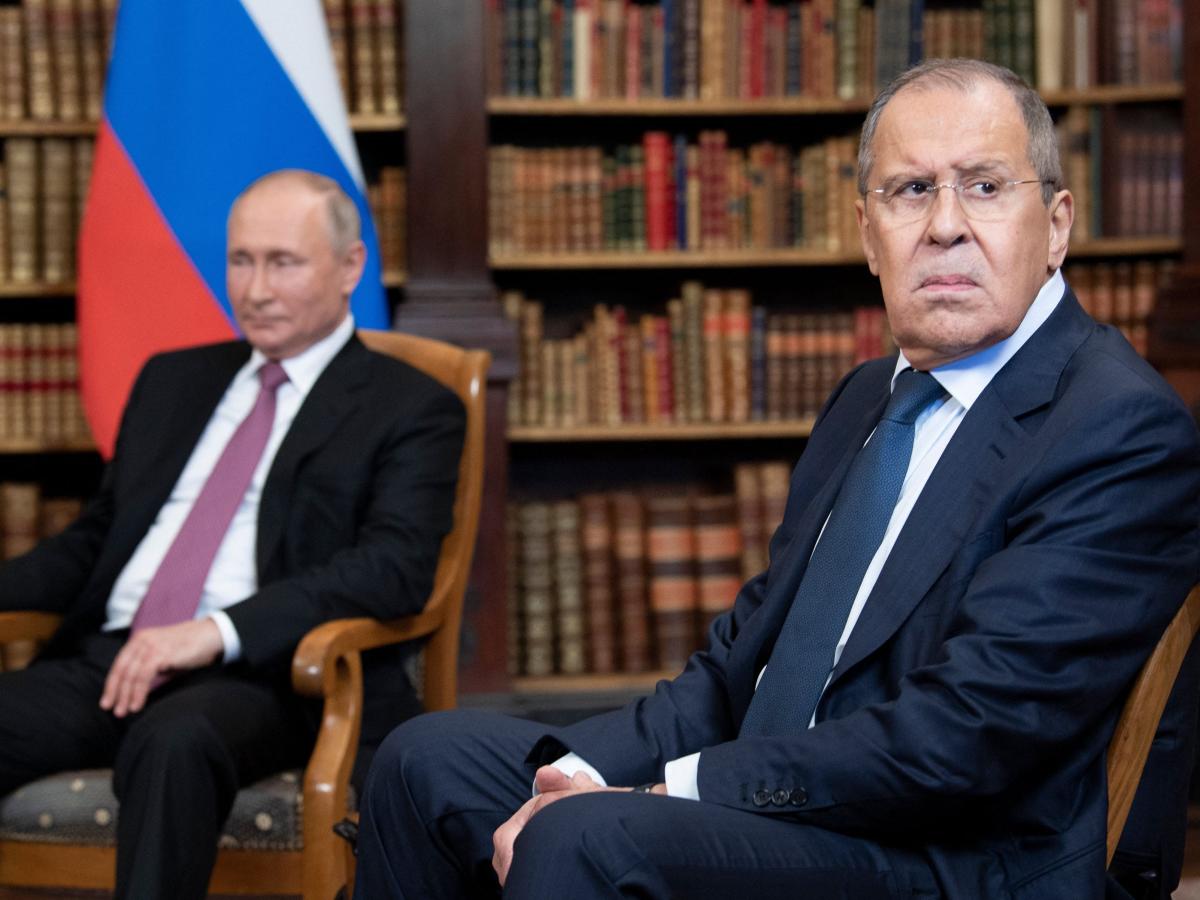 In comments at an Arab League summit in Cairo, Russia’s top diplomat said Moscow wants to help Ukrainians “liberate themselves from the burden of this absolutely unacceptable regime,” the Associated Press reported.

“We will certainly help Ukrainian people to get rid of the regime, which is absolutely anti-people and anti-historical,” Lavrov added.

Lavrov’s comments contradict a prior statement from the Russian government in March, when it said that was not seeking to “overthrow” the Ukrainian government.

Russia has offered a series of shifting justifications for invading Ukraine, including the bogus claim that it’s fighting to de-Nazify the country. Zelenskyy, who has led Ukraine since 2019, is Jewish and lost family during the Holocaust. Kremlinologists have said that Russian President Vladimir Putin is waging a war of conquest and his true goal is the subjugation of Ukrainians, underscoring that he views Ukraine as land that belongs to Russia. Lavrov’s comments offered a window into Putin’s designs in Ukraine.

As Russia continues its devastating onslaught in Ukraine, launching strikes in cities across the country, Lavrov on Sunday also contended that the West is pushing Kyiv to stay in the fight.

“The West insists that Ukraine must not start negotiations until Russia is defeated on the battlefield,” Lavrov said.

Russia, which also annexed Crimea from Ukraine after invading in 2014, has offered few reasons to believe it would abide by the stipulations of a peace deal. Over the weekend, for example, Russia attacked the Ukrainian port of Odesa just one day after signing a UN-supported deal to allow grain exports from the region. “That’s all you need to know about deals with Russia,” Estonia’s Prime Minister Kaja Kallas said via Twitter in response to the missile strikes.

In a recent interview with the Wall Street Journal, Zelenskyy said there was no point in negotiating a ceasefire until Ukraine regained control of territory occupied by Russia.

Zelenskyy said Russia would use a ceasefire to regain strength, only to continue its effort to conquer Ukraine later on.

Russia launched its unprovoked, full-scale invasion of Ukraine in late February. After failing to take Kyiv, the Russian military turned its attention to Luhansk and Donetsk, which together comprise the Donbas in the east.

Russian forces have made progress in the east, gaining control of Luhansk by early July. But the conflict has morphed into a grinding war of attrition, and the Russian advance has been extremely incremental. Gen. Mark Milley, chairman of the US Joint Chiefs of Staff, last week said Russia has only gained around six to 10 miles of territory since shifting the focus of the offensive to the Donbas.

Meanwhile, some Western officials say Russia is losing momentum in the war, which could offer an important opportunity for Ukrainian forces to strike back.