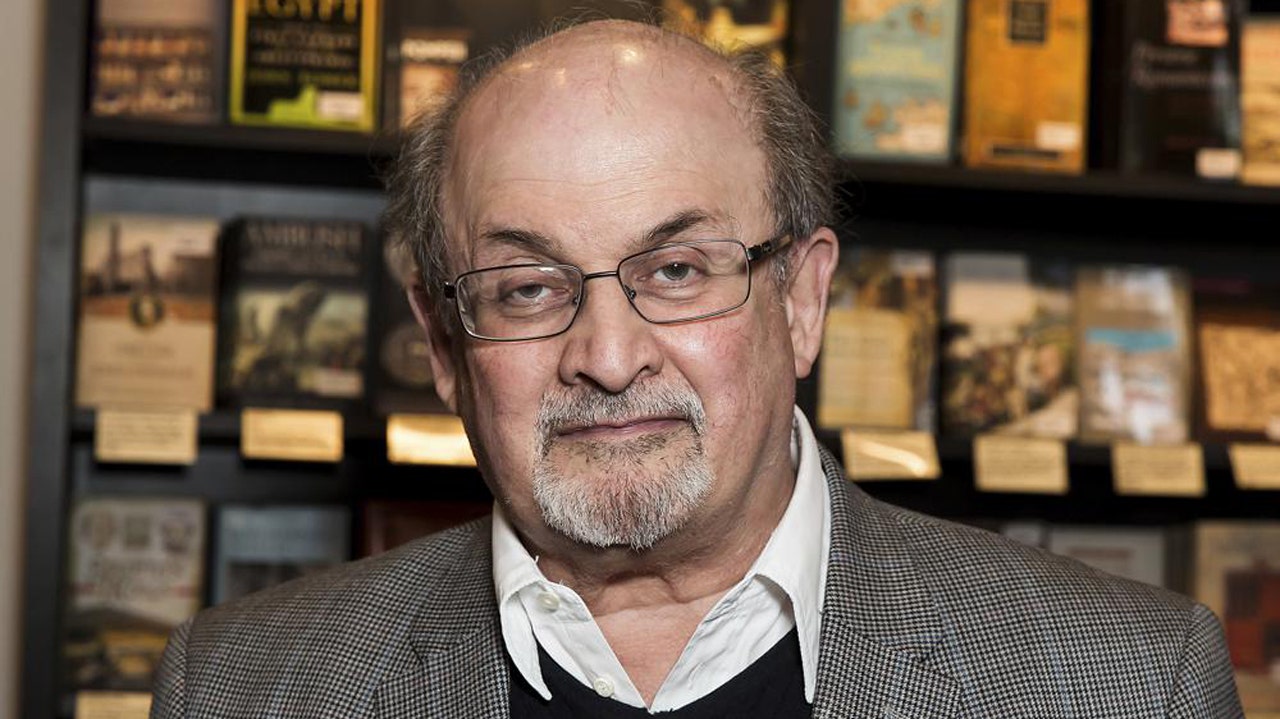 Salman Rushdie’s condition remains serious two days after suffering injuries in a stabbing at a lecture in upstate New York, but his agent confirms “The Satanic Verses” author is “on the road to recovery.”

Rushdie’s “condition is headed in the right direction,” the 75-year-old’s agent, Wylie, told The Associated Press on Sunday, a day after it was announced that the author was removed from a ventilator and able to talk and joke.

Wylie said Rushdie’s recovery would be a long process after previously saying the author suffered a damaged liver and severed nerves in an arm and an eye, which Rushdie was likely to lose.

A reporter with The Associated Press at the event in upstate New York witnessed the attacker stab or punch Rushdie about 10 or 15 times.

Rushdie was attacked while giving a lecture in upstate New York on Friday.
(Photo by Grant Pollard/Invision/AP, File)

Rushdie’s son Zafar Rushdie said Sunday in a statement on behalf of the family that his father remained in critical condition.

“Though his life-changing injuries are severe, his usual feisty & defiant sense of humor remains intact,” the younger Rushdie said.

The statement also expressed gratitude for the “audience members who bravely leapt to his defense,” as well as police, doctors and “the outpouring of love and support from around the world.”

Hadi Matar, 24, pleaded not guilty Saturday to attempted murder and assault charges in the attack at the Chautauqua Institution, a nonprofit education and retreat center.

A judge ordered him held without bail after District Attorney Jason Schmidt told her Matar took steps to purposely put himself in a position to harm Rushdie, getting an advance pass to the event where the author was speaking and arriving a day early bearing a fake ID.

The award-winning author has faced death threats for “The Satanic Verses” for more than 30 years after it was published in 1988, with many Muslims regarding as blasphemy a dream sequence based on the life of the Prophet Muhammad, among other objections.

The attack prompted social media users, including several members of Congress, to voice criticism of the Biden administration’s pursuit of a nuclear deal with Iran considering the country’s past support of a fatwa against Rushdie’s life.

“Iran has offered a bounty to anyone who assassinates Salman Rushdie,” Florida Republican Sen. Marco Rubio tweeted on Friday. “Today he was stabbed in America. Why is Biden still negotiating a ‘deal’ with these terrorists in Tehran?”

President Biden said Saturday in a statement that he and first lady Jill Biden were “shocked and saddened” by the attack.

“Salman Rushdie — with his insight into humanity, with his unmatched sense for story, with his refusal to be intimidated or silenced — stands for essential, universal ideals,” the statement read. “Truth. Courage. Resilience. The ability to share ideas without fear. These are the building blocks of any free and open society.”

Fox News’ Andrew Mark Miller and The Associated Press contributed to this report.