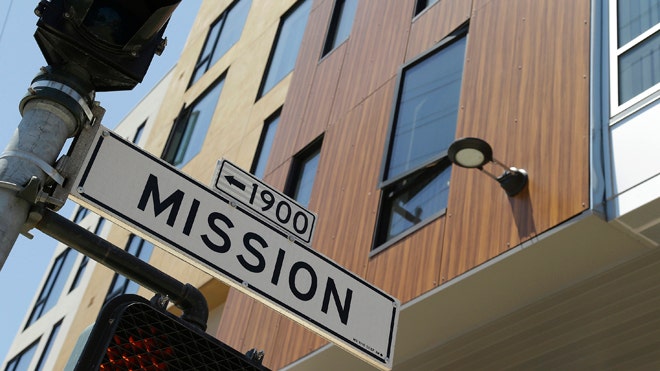 San Francisco police have arrested a man they claim attempted to randomly stab four people in the city’s Mission District on Monday night.

Milton Meza Flores, 30, was arrested Tuesday on federal charges that include attempted murder.

San Francisco’s Mission District is known as a trendy spot for tourism, which has suffered as the city’s crime crisis has gotten worse.
(AP Photo/Eric Risberg)

According to investigators, Flores was already out on warrants for assault with a deadly weapon and burglary from previous scuffles with authorities.

SAN FRANCISCANS SPEAK OUT ON CRIME IN THE CITY: ‘IT’S TERRIBLE. IT’S BRUTAL’

Police say Flores stabbed a 40-year-old man at around 11 p.m. after approaching him from behind. The man, whose identity has not been publicized, is suffering from life-threatening injuries.

While authorities responded to the initial incident, the suspect moved two blocks away and attempted to stab two people on electric scooters. The victims were able to escape with only their clothing torn.

The suspect also attempted to stab a fourth victim, who was also able to escape unscathed.

The attacks followed three fatal weekend stabbings in San Francisco – a city that many residents say has become increasingly unsafe.

Homicides and assaults are both up around 11% in the Golden City compared to June 5 of last year, while rapes have increased by 9%.

Boudin was the first district attorney to be recalled in San Francisco’s history.

Boudin’s opponents have accused him of destroying businesses and exacerbating crime through his soft-on-crime policies. Richie Greenberg, founder of Recall Chesa Boudin, said he was hopeful Boudin’s ousting may restore safety in San Francisco on Fox & Friends.