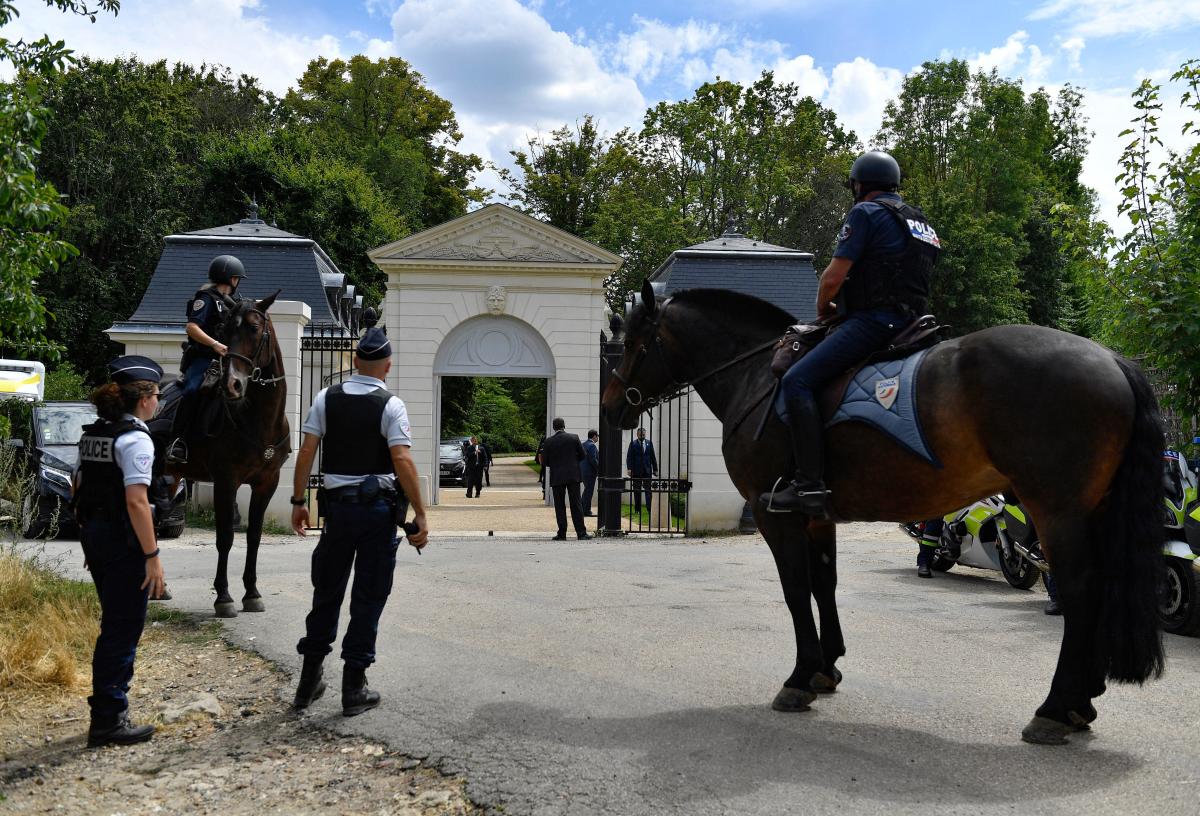 During his trip to France to meet President Emmanuel Macron, Saudi Arabia’s Crown Prince Mohammed bin Salman is staying at a lavish chateau dubbed “the world’s most expensive home” when he purchased it in 2015.

The Chateau Louis XIV in Louveciennes outside Paris is a new-build mansion intended to mimic the extravagant luxury of the nearby Versailles Palace, once the seat of the French royal family.

The 7,000-square-meter property was bought by an undisclosed buyer in 2015 for 275 million euros ($300 million at the time), leading Fortune magazine to call it “the world’s most expensive home.”

Bin Salman, 36, was reported two years’ later by The New York Times to be the ultimate owner via a series of shell companies.

Local government officials confirmed to AFP that the controversial heir to the Saudi throne was staying at the property ahead of his dinner with Macron later on Thursday.

Reporters outside the perimeter wall saw security personnel in suits guarding the entrance and a large police presence, including half a dozen vehicles.

Macron and bin Salman were set to meet at the more modest Elysee presidential palace later Thursday for talks that critics in France view as inappropriate.

Bin Salman was judged by U.S. intelligence to have approved the gruesome murder and dismemberment of journalist Jamal Khashoggi in the Saudi consulate in Istanbul in 2018.

But after four years as an international pariah, the prince is being courted by Western leaders again as they urgently seek fresh energy supplies to replace lost Russian production.

In a twist of history, the Chateau Louis XIV was built by Khashoggi’s cousin Emad Khashoggi who runs a luxury property development business in France.

The chateau features a nightclub, a gold-leafed fountain, a cinema, as well as an underwater glass chamber in the moat that resembles a giant aquarium with white leather sofas.

Photos on the website of Emad Khashoggi’s company, Cogemad, also show a wine cellar, although alcohol is strictly prohibited in Saudi Arabia.

Chateau Louis XIV was built in 2009 after a 19th-century castle on the plot was bulldozed.

Bin Salman’s extravagant spending since emerging as the main powerbroker in Saudi Arabia has repeatedly made headlines.

The son of King Salman bin Abdulaziz Al Saud bought a $500-million yacht in 2015 and was also reported to be the mystery buyer of a $450-million Leonardo da Vinci painting in 2017.

The latter purchase has been officially denied.

In an interview with 60 Minutes, Bin Salman said he did not need to apologize for an opulent lifestyle.

“I’m a rich person and not a poor person. I’m not Gandhi or [Nelson] Mandela,” he said. “I’m a member of the ruling family that existed for hundreds of years before the founding of Saudi Arabia.”

He also said that he spends a large portion of his wealth on charity.

Attorney Camille Vasquez on Depp win: “I think the pressure of it all made us probably over-prepare”