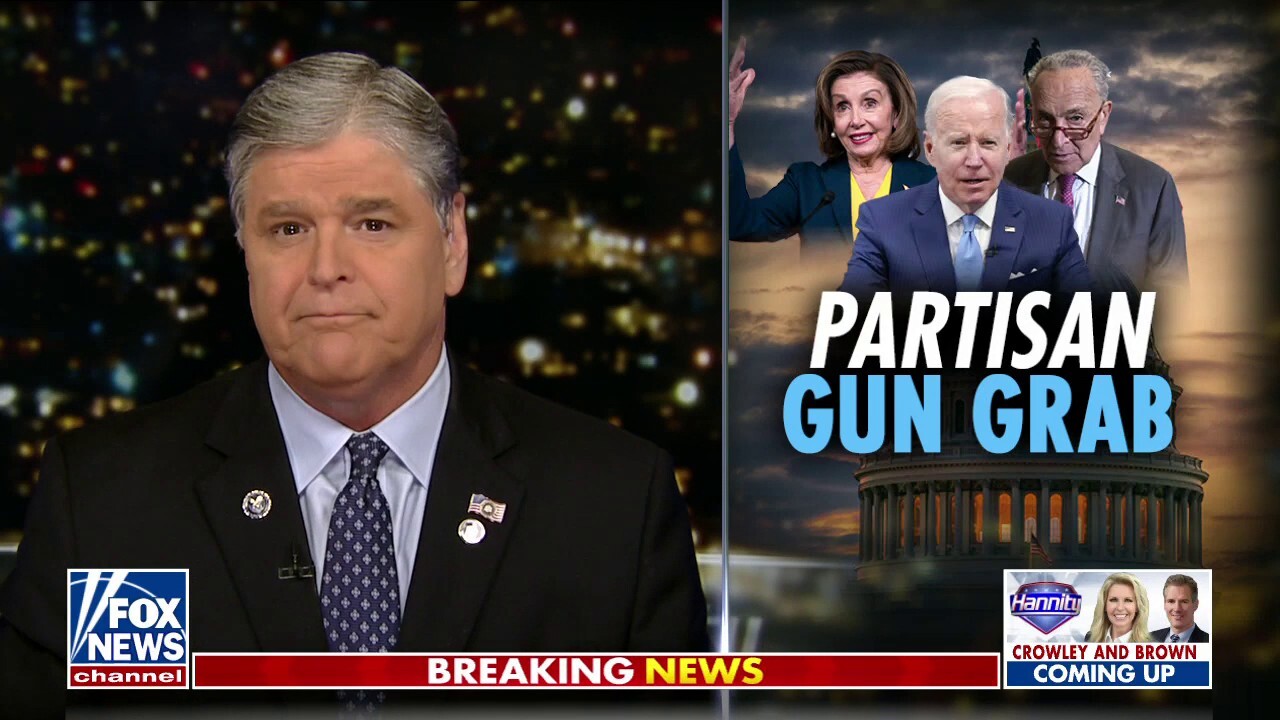 Sean Hannity said Democrats only care about gun violence “when it becomes politically expedient for them” in Tuesday’s opening monologue of “Hannity.”

SEAN HANNITY: We do continue to pray for the families in Uvalde and every other city. They’ll never be the same. Along with the families of murder victims all across the country in major cities like Chicago, Baltimore, L.A., New York. We have dozens of young men and women — our national treasure — shot and killed every single week. But we rarely hear about this kind of violence from Democrats, which is where the political aspect comes in. They only seem to really care about gun violence when it becomes politically expedient for them. Now, keep in mind, almost all of America’s most violent cities have been ruled by Democrats for decades. And every one of those cities has some of the strictest gun control laws in the country.

Now, for the Left, this isn’t about saving lives or reducing violence. Like always, it is political and it’s an emotional ploy to centralize their power over law-abiding citizens. And by the way, many of them would like to usurp all Second Amendment rights. We’ve got to protect our Constitution and our right to defend ourselves.