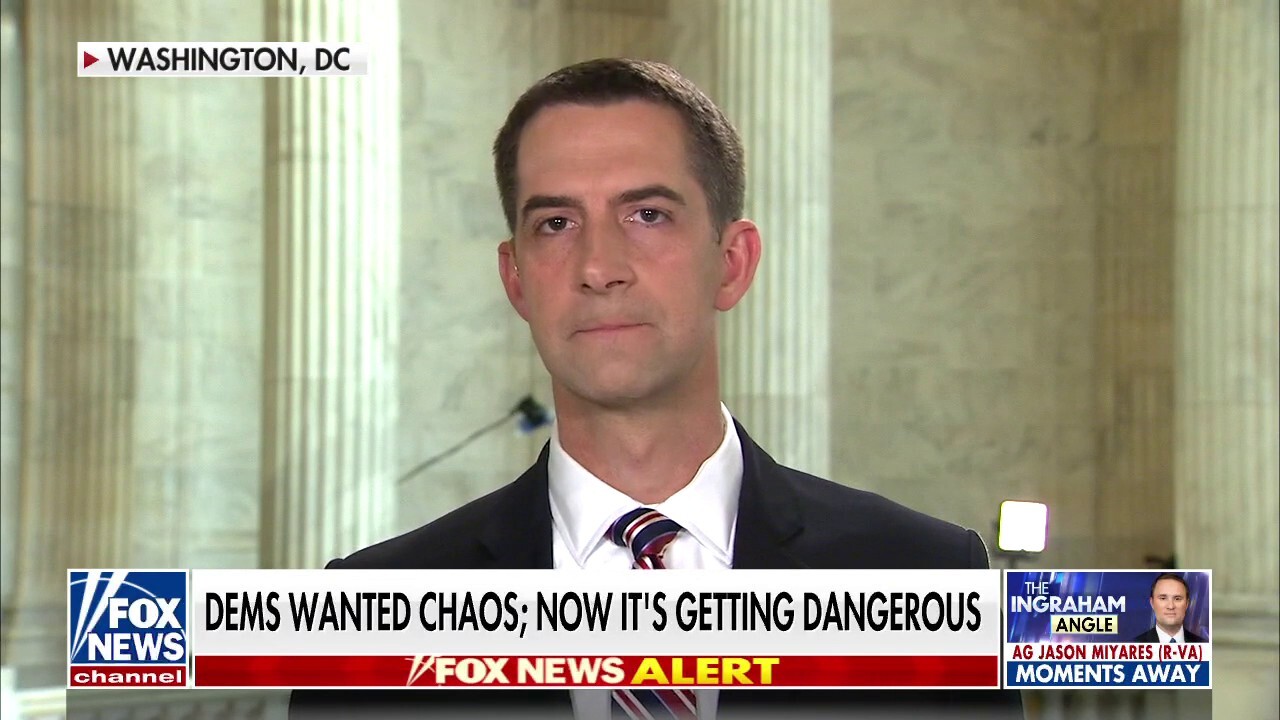 Sen. Tom Cotton, R-Ark., blasted Democrats Wednesday on “The Ingraham Angle” for delaying a vote to provide security for Supreme Court justices after a California man was arrested and charged with attempted murder against Justice Brett Kavanaugh.

SEN. TOM COTTON: There are a lot of things that should happen. Chuck Schumer should go out and apologize for encouraging Democratic street militias to target the homes of Supreme Court justices. Now he’s inspired a Democratic hitman to fly all the way across the country to try to kill one of these justices. Second, Merrick Garland needs to explain why he still refuses to enforce federal law. It is explicitly a violation of federal law to protest in front of the home of a judge or a juror. That happened at numerous justices’ homes over the last several weeks, yet Merrick Garland still is not pursuing charges against any of them. And third, the House of Representatives needs to pass right now, this week, the legislation — the Senate sent it last month unanimously authorizing security for not just the justices but their families. Just imagine what might have happened if Mrs. Kavanaugh and their children had been home without Justice Kavanaugh present and therefore a police presence.

The only thing that apparently deterred this Democratic hitman is the presence of those police officers out front. The Democrats need to act now to ensure that one of our Supreme Court justices are not killed. And finally, as I said at the time, I urge the Supreme Court to issue the Dobbs opinion now.

However they rule, they need to issue the opinion so Democratic hitmen won’t think they can change the court’s direction in this case by killing a Supreme Court justice.