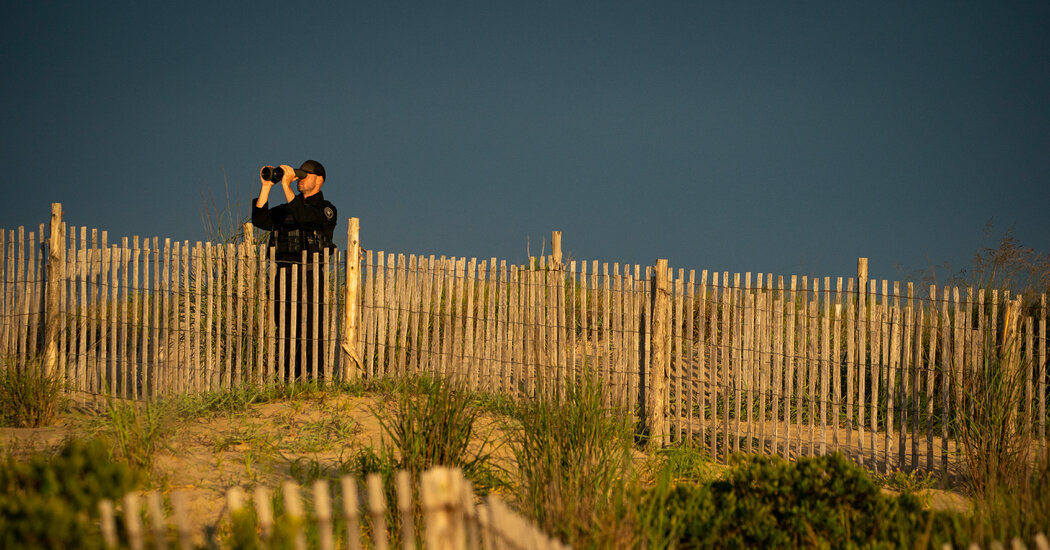 WASHINGTON — The inspector general for the Department of Homeland Security directed the Secret Service to halt its internal search for purged texts sent by agents around the time of Jan. 6 so that it does not “interfere with an ongoing criminal investigation,” according to a letter reviewed by The New York Times.

“To ensure the integrity of our investigation, the U.S.S.S. must not engage in any further investigative activities regarding the collection and preservation of the evidence referenced above,” the Homeland Security Department’s deputy inspector general, Gladys Ayala, wrote to James M. Murray, the director of the Secret Service. “This includes immediately refraining from interviewing potential witnesses, collecting devices or taking any other action that would interfere with an ongoing criminal investigation.”

The mention of a potential criminal investigation into the deleted texts of Secret Service personnel sought by Congress and the inspector general suggested the growing seriousness of the scrutiny into the agency’s handling of records from around the time of the attack on the Capitol.

The letter was sent to the Secret Service on Wednesday night. It came after the service acknowledged earlier this week that it was unlikely to be able to recover purged phone records that the inspector general and Congress sought.

Key Revelations From the Jan. 6 Hearings

The inspector general, Joseph V. Cuffari, who has for months conducted a review of the Secret Service’s actions on Jan. 6, first raised the issue of the missing texts last week with the House select committee investigating the attack on the Capitol. The committee then issued a subpoena for the records and an after-action report that the Secret Service later acknowledged it did not conduct.

In its response to the congressional subpoena, the Secret Service sent a letter to the committee earlier this week acknowledging it was able to provide only one text exchange to the inspector general after the watchdog in June requested phone records from two dozen Secret Service personnel from between Dec. 7, 2020, and Jan. 8, 2021.

The officials identified by the inspector general included “mostly people operationally involved with Jan. 6,” including Mr. Murray, the agency’s director, and members of former President Donald J. Trump’s protection detail, such as Robert Engel, Mr. Trump’s lead agent, according to an administration official familiar with the investigation.

Anthony M. Ornato, a deputy White House chief of staff under Mr. Trump who had previously been in charge of Mr. Trump’s protective detail, was not one of the 24 officials. The details of who was among those 24 were not previously reported.

House committee officials said that some members of the Secret Service have hired private lawyers. A person familiar with the statement said that Mr. Ornato was one of those who did.

After turning over thousands of documents — but not the deleted phone records — to the House select committee on Tuesday, the Secret Service said it would continue a forensic search for the text messages.

The Secret Service was assessing whether following the guidance of the inspector general and halting its internal review for the phone records would conflict with the subpoena from the House select committee or a request from the National Archives and Records Administration, an administration official said. The archives, which are responsible for keeping all records produced by a presidential administration, asked the Secret Service on Tuesday to look into how it deleted the messages.

“We have informed the Jan. 6 select committee of the inspector general’s request,” Mr. Guglielmi said in a statement, “and will conduct a thorough legal review to ensure we are fully cooperative with all oversight efforts and that they do not conflict with each other.”

The Secret Service has said the text messages were deleted as a result of an update to phones used by agency personnel. Employees were first told of the forthcoming update in December and again two days before the texts were purged on Jan. 27. But Congress also informed the Homeland Security Department, the parent agency of the Secret Service, on Jan. 16 that it should ensure that records related to actions taken by any of its agencies during the Capitol riot were preserved, according to a person familiar with the House committee’s investigation.

Jonathan Turley, the Shapiro Chair of Public Interest Law at George Washington University and an expert on presidential record keeping, said that the nature of the events around Jan. 6 demand the Secret Service abandon its traditional posture of shielding its operations from scrutiny. He said the agency should answer questions about what happened as fully as possible.

“I think that Jan. 6 is a national tragedy that requires transparency by every agency,” Mr. Turley said, adding that the records were required to be preserved but that Secret Service officials should be forthcoming about what they know. “The Secret Service has historically been one of the most opaque and obstructive agencies with regard to outside inquiries.”