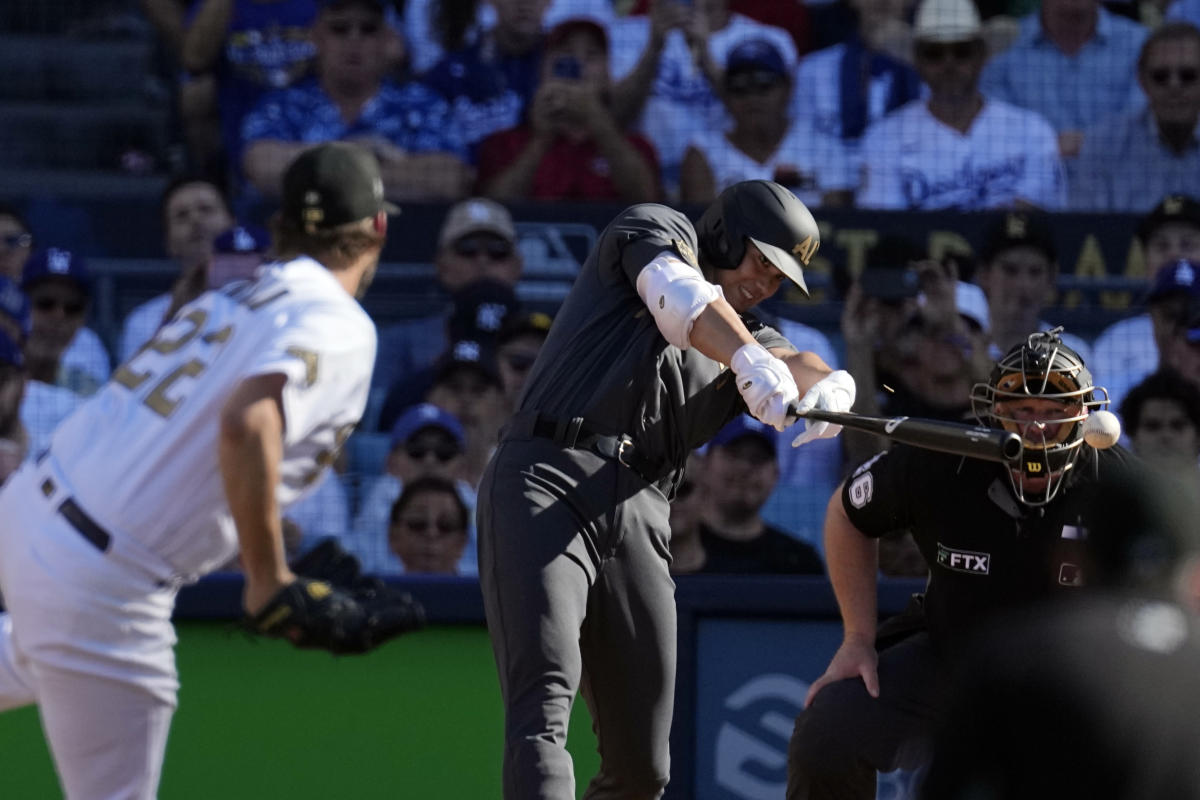 LOS ANGELES (AP) — Los Angeles Angels superstar Shohei Ohtani was a man of his word Tuesday night — even the ones he spoke in English.

The two-way Japanese All-Star called his shot before leading off the Midsummer Classic at Dodger Stadium, telling Fox’s Tom Verducci in the on-deck circle that he was going to jump on Clayton Kershaw quickly.

Sure enough, Ohtani flared a 90.9 mph fastball off the Los Angeles Dodgers ace up the middle for a base hit.

Ohtani reached base in both of his plate appearances during the AL’s 3-2 win after drawing a walk in the third inning. He is the fifth starting designated hitter to reach base multiple times in an All-Star Game, joining Albert Pujols (2008), David Ortiz (2005), Edgar Martinez (1997) and Bobby Bonilla (1991).

“I was definitely swinging 100%. Kershaw has really good command,” Ohtani said through ever-present interpreter Ippei Mizuhara. “I wish I hit it more square. I wasn’t too happy about that.”

Kershaw got his revenge against Ohtani. With a 1-2 count against Yankees slugger Aaron Judge, Kershaw caught Ohtani leaning a little too far off first base and threw to St Louis’ Paul Goldschmidt for the out. It was the first time since 2008 that a runner was picked off in the All-Star Game.

Kershaw said he threw over to first because he hadn’t decided what pitch to throw next to Judge, and he was buying himself a little time.

“I was seeing if there was a chance to run and he made a great move,” said Ohtani, who smiled as he dived into the bag and chuckled while sprawled in the dirt. “I was not expecting that, regardless, my name was going to be in the papers good or bad.”

Ohtani’s second trip to the All-Star Game was less hectic than last year, when he participated in the Home Run Derby and was the American League’s starting pitcher. He declined an invitation to participate in the Derby and asked AL manager Dusty Baker to not pitch because his next mound appearance is Friday in Atlanta when the Angels open the second half of the season.

“I was more relaxed. Definitely not as much of a workload as last year,” Ohtani said. “I threw last year and I think throwing takes a toll more than anything else.”