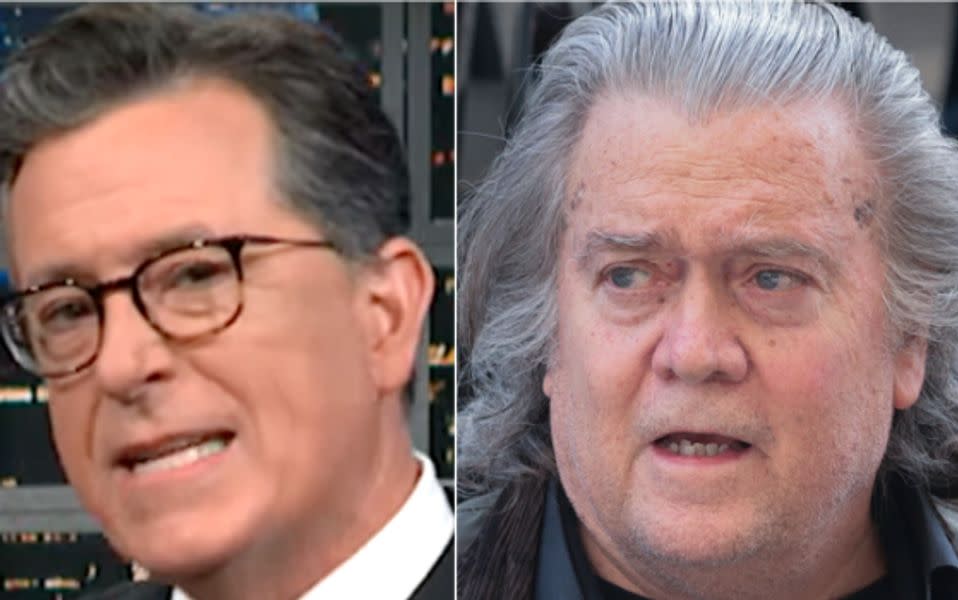 Stephen Colbert said on Tuesday that longtime Donald Trump insider Steve Bannon is facing an uphill battle in his contempt of Congress trial, with many of his key defenses already unraveling.

“I mean, wow. He really hung Bannon out to dry,” the “Late Show” host said. “Which isn’t easy, because Bannon excretes a thick layer of sebum.”

Colbert also spotted some newly leaked audio from before the 2020 election in which Bannon essentially revealed much of the playbook Trump would follow after losing.

“He’s explaining the whole evil plan on tape!” Colbert said. “The only way this could’ve been more Bond villain is if he had Joe Biden strapped to a laser table.”

Check it out in his Tuesday night monologue: