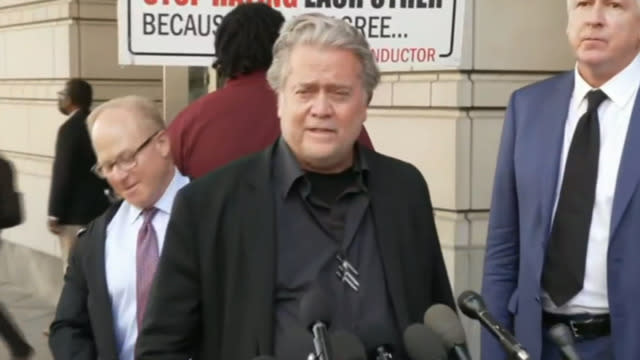 Steve Bannon, a longtime ally of former President Donald Trump, was convicted Friday of contempt charges for defying a congressional subpoena from the House committee investigating the Jan. 6 insurrection at the U.S. Capitol. Bannon, 68, was convicted after a four-day trial in federal court on two counts: one for refusing to appear for a deposition and the other for refusing to provide documents in response to the committee’s subpoena. David Schoen, one of Bannon’s lawyers said outside the courthouse the verdict would not stand.