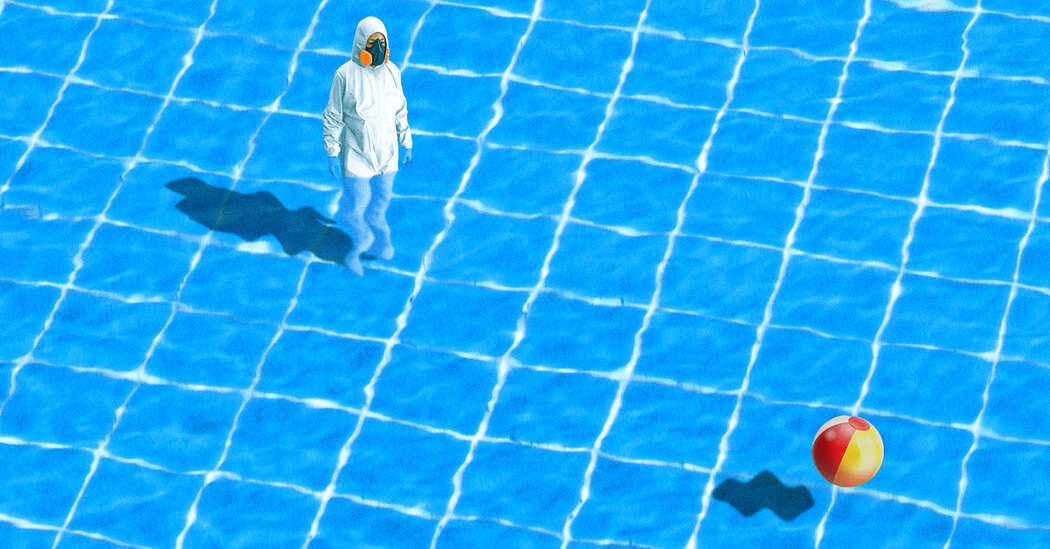 Water parks may not be as bad as they seem.

Circling back to my beloved local water park: Just how gross are these popular attractions? Ms. Hlavsa said she wouldn’t be too concerned. “Actually, I am planning on taking my kiddos to a water park this coming weekend,” she told me when we spoke. Because water parks are operated by professionals, they are usually careful to follow disinfection guidelines, she said. I was also relieved to learn that in some states, including New York, the water used in splash pads, which spray water on users and are frequented by younger (i.e., germier) kids, are not only treated with chlorine, but also with ultraviolet light, which kills chlorine-resistant microbes.

Ms. Hlavsa pointed out that concerned water-park-goers (or pool-goers) should also be able to access public health inspection data, just as one can do for restaurants. As for where to find these records, it depends on what state you’re in, she said. Inspections may be done by the county, the city or another municipality. She suggested calling your local health department for more information.

If you’re planning to swim in a lake, river, stream or ocean, look for physical signs indicating that the water is either safe or unsafe for swimming. (Or check your state’s water quality conditions online.) This is especially important to do after heavy rain, because as it flows and drains, rain picks up everything it comes in contact with — including animal poop — and can deposit it, germs and all, into swimming areas, Dr. Perkins said. Avoid swimming in areas that have pipes draining into them, too.

If you have an open wound — even just a scratch — it’s also best to avoid swimming or wading, especially in saltwater where rivers flow into the ocean, Dr. Trimmier said. At the very least, cover wounds with a waterproof bandage. The bacteria Vibrio can enter the body through minor wounds and cause serious, but rare, infections.

Assess lake, river or ocean water, too, before you get in. “The rule of thumb is, if the water looks murky, don’t swim in it,” Dr. Perkins said. Don’t swim in it if it smells bad, either — and even if it smells fine, don’t drink it.

In general, use your common sense. Dr. Perkins said he once had a patient come see him with a terrible sinus infection. “Turns out he had made a bet that he could snort an oyster up his nose,” he said. “Don’t do that.”