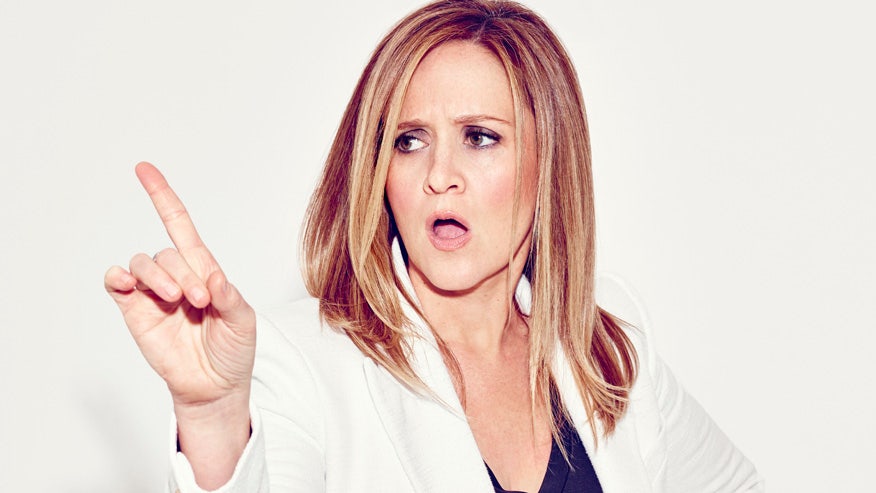 TBS has canceled the left-wing, late-night show “Full Frontal with Samantha Bee,” citing a new programming strategy as the reason the plug was pulled.

“As we continue to shape our new programming strategy, we’ve made some difficult, business-based decisions,” TBS said in a statement to Fox News Digital.

LIBERAL COMEDIAN SAMANTHA BEE ADMITS SHE PULLS PUNCHES WHEN IT COMES TO BIDEN: ‘I CAN’T DENY THAT’

“’Full Frontal With Samantha Bee,’ will not return to TBS.  We are proud to have been the home to ‘Full Frontal With Samantha Bee’ and thank Sam, and the rest of the Emmy-nominated team for their groundbreaking work,” the statement continued. “We celebrate this extraordinarily talented cast and crew and look forward to exploring new opportunities to work with them in the future.”

The show’s verified Twitter account addressed the situation, appearing to take a final shot at Trump in the process.

“Full Frontal is leaving TBS to go spend more time with her family,” the show tweeted. “After 7 seasons, Full Frontal with Samantha Bee will not be returning to TBS this fall. We’re so thankful for our loyal audience, our amazing team, and that we got to annoy the right people every week—that there wasn’t wrestling or baseball or a very special episode of Big Bang. To our loyal fans – we love you, you’re very special. Go home, and go home in peace.”

Bee was eventually forced to apologize for the vulgar Ivanka Trump comment amid widespread backlash, but continued to regularly criticize conservatives on the program.

Appearing on NBC’s “Today,” however, Bee didn’t appear that remorseful for her attack.

“Last year, you caught some flak, a fair amount of flak for those comments about Ivanka Trump. What did you learn from that?” NBC News anchor Craig Melvin asked in 2019.

“I didn’t learn much,” Bee responded, sparking laughter from Melvin and co-host Al Roker. “I mean, let’s not get crazy. I still have a show to do… Yeah, no, I didn’t learn all that much from that.”

The Daily Show” alumna was given the TBS show in 2016, where she adopted the familiar format of playing news clips and providing acidic commentary in front of a receptive audience. She also gave obsequious interviews over the years to such figures as former President Obama and Sen. Elizabeth Warren, D-Mass. In 2020, before Kamala Harris was announced as Joe Biden’s running mate, Bee gushed that she should be both vice president and attorney general.

Bee has since continued to spout left-wing talking points on a regular basis.

Last month, she encouraged her viewers to “raise hell” in response to the Supreme Court’s overturning Roe v Wade.

“I can’t describe how painful it is to be here now, in a place where the Supreme Court has the power to erase 50 years of constitutional law. Make no mistake, this is not where it ends,” Bee said. “Conservatives will not rest until they have come for all of our rights. Everything we have fought for could be lost unless we take it back.”

Last year, Bee admitted she has gone easy on President Biden after years of lacing into the Trump administration, much like fellow liberal late-night voices like Stephen Colbert, Seth Meyers, Jimmy Kimmel, John Oliver and Trevor Noah. She joined journalist Dan Rather on his SiriusXM program and the left-wing veteran newsman asked, “Do you, or do you not, find yourself sometimes at least tempted to kind of pull your punches?”

“I can’t deny that that has happened, I think that’s probably true across the board,” Bee said. “You’re like, ‘OK, well, we could be making jokes about the infrastructure plan,’ but in general, I’m like, ‘Wow, this is great.’ Why would I purposefully undermine something that seems to be a great idea, pretty much across the board?”

In 2019, Bee squeamishly admitted that Trump was “technically telling the truth” when he repeatedly told reporters there was “no collusion” between his campaign and Russia during the 2016 election.

“It’s so weird to realize that all the times he said that, he was technically telling the truth,” Bee said. “Maybe Ted Cruz’s dad did kill JFK.”

She also told her viewers that the Robert Mueller report was “never going to fix our democracy” and that people don’t need the report to know that Trump is a “bad, corrupt man.”

Fox News’ Joseph A. Wulfsohn and Joe Silverstein contributed to this report.