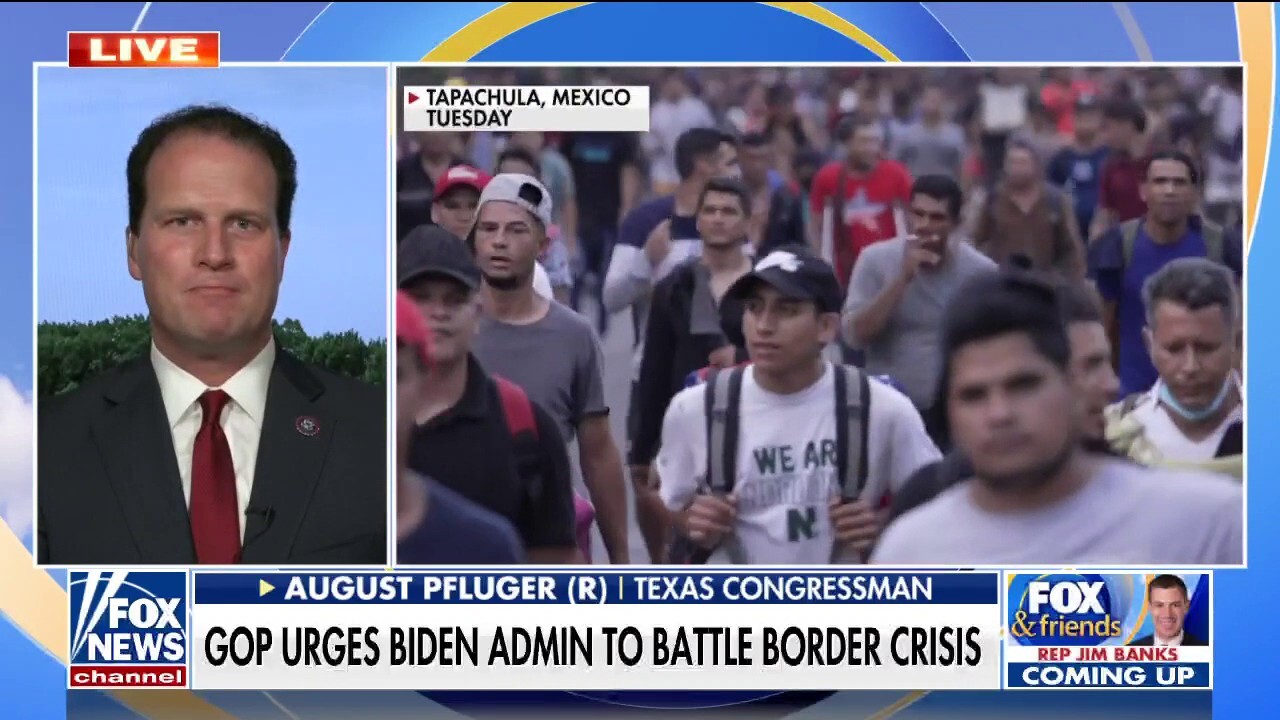 Rep. August Pfluger, R-Texas, said Friday on “Fox & Friends” that DHS plans to drop off busloads of migrants in San Angelo, which is located inside his district.

Pfluger asked why migrants are being placed in communities like this one, rather than sanctuary cities and called out the Biden administration’s mishandling of the southern border crisis as a large caravan is headed toward the United States.

“The response we’ve gotten from some Border Patrol agencies is that the system is completely overwhelmed, every aspect of it from the official system through the NGOs, that they’re completely overwhelmed. We know that there are more caravans, so-called caravans on the way. And it’s just a continuing crisis and no community deserves to have this happen,” he told host Brian Kilmeade.

“I don’t think there’s anything in any discussion that can happen until the President and the secretary of DHS get a handle on the flow through their policy and make it clear that it’s not okay to break the rule of law, that we have a legal process.”

Pfluger said he is directing his questions at DHS Secretary Alejandro Mayorkas because he is putting “Border patrol in a terrible position” as the policies of the Biden administration are responsible for creating the crisis.

The Texas Republican said that communities like the ones in his district are being left with an “immense amount of burden” as a result of Biden’s border policies.

The organizer of a massive migrant caravan attempting to make its way to the United States says that the Mexican government has offered work visas to migrants, which would allow them to travel freely through the country.

Caravan leader Luis Villigran told Fox News that Mexican officials have told him it will begin issuing 1,000 temporary work visas a day to the migrants in the caravan — which are estimated to number approximately 12,000.

Elizabeth Heckman is a digital production assistant with Fox News.