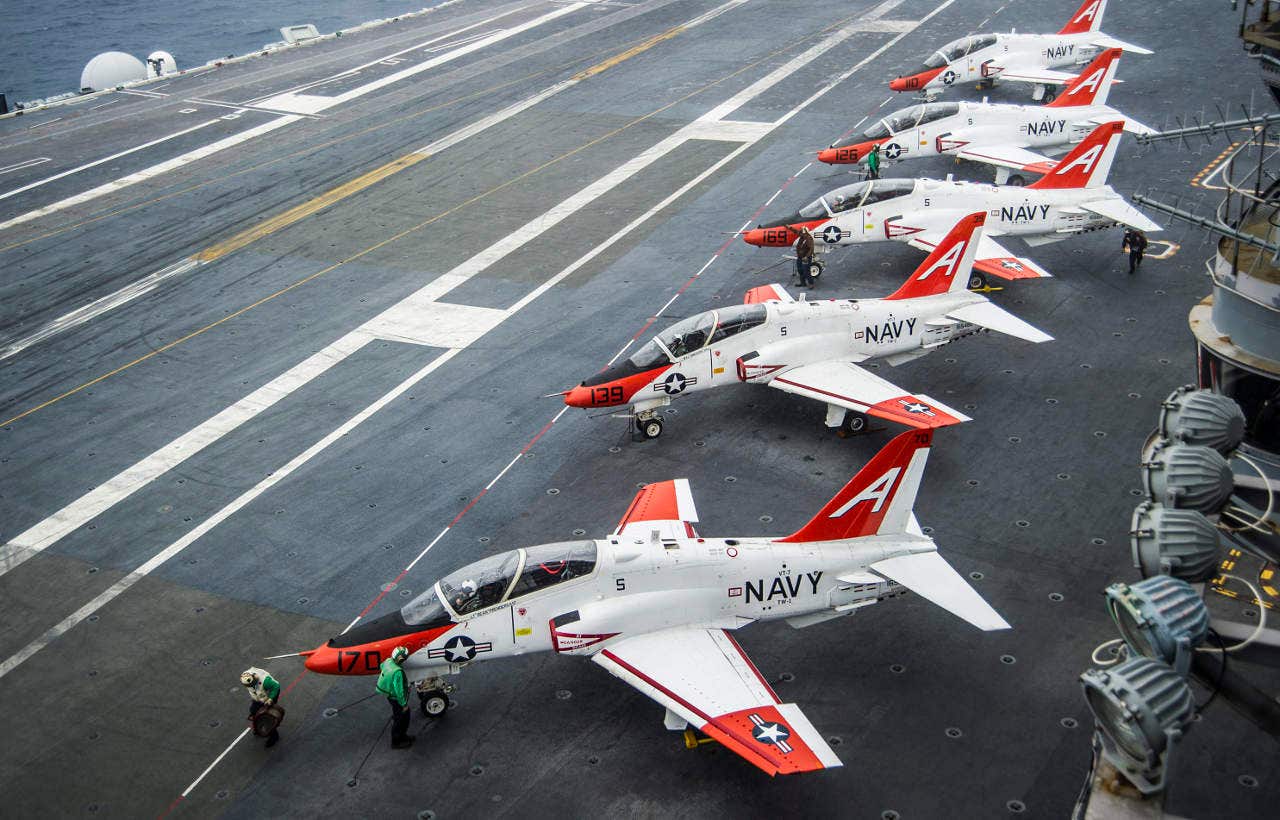 A pilot ejected from a T-45 Goshawk jet trainer aircraft shortly before it crashed near Naval Air Station Kingsville in South Texas on Tuesday.

The Chief of Naval Air Training said that the pilot was transferred to a local hospital to be evaluated, but NAS Kingsville said there were no reports of injuries.

The aircraft landed in an empty field just north of the airfield and no civilians were injured. It happened during a “routine training flight,” the Chief of Naval Air Training said.

Deputies from the Kingsville Sheriff’s Office and emergency medical personnel responded to the scene.

The crash comes after another T-45 Goshawk jet trainer aircraft crashed into a neighborhood last September in Lake Worth, Texas. Both pilots in that incident safely ejected.

Paul Best is a reporter for Fox News Digital. Story tips can be sent to Paul.best@fox.com and on Twitter: @KincaidBest.