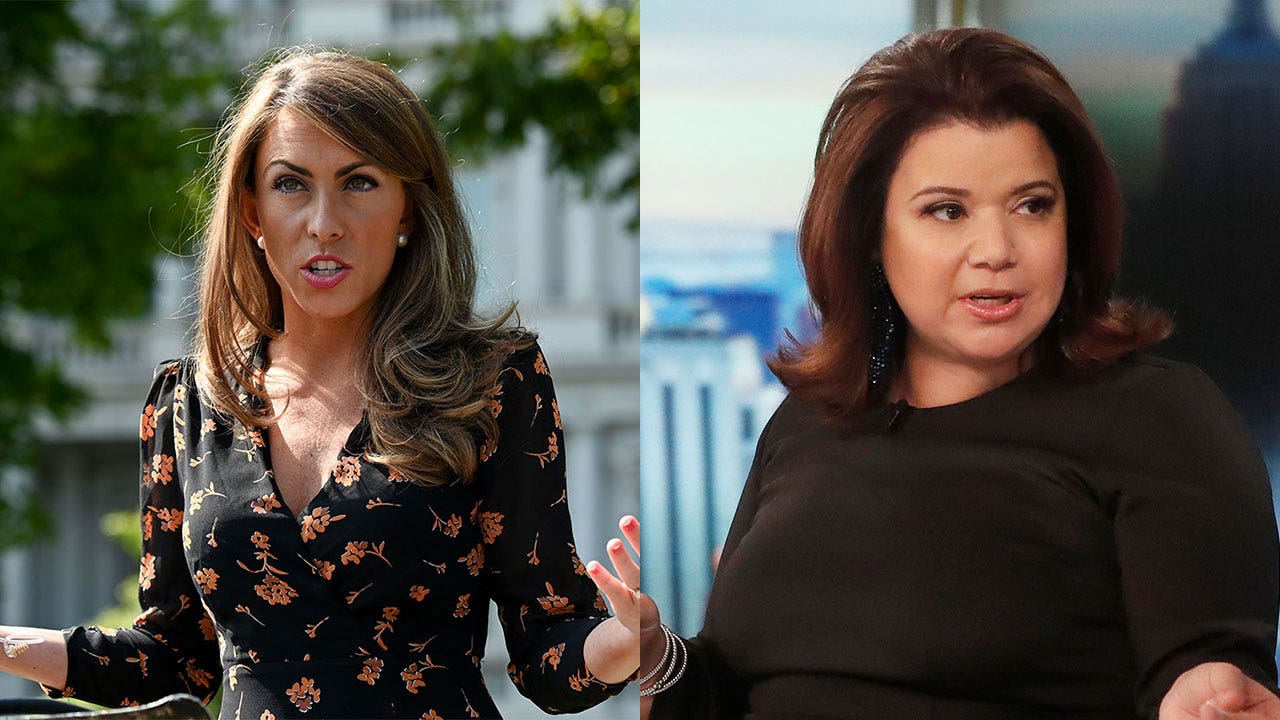 Attendees of the Conservative Political Action Conference (CPAC) in Dallas, Texas, weren’t thrilled to learn that ABC News appointed a pair of anti-Trump pundits as the new conservative panelists on “The View.”

“The View” on Wednesday announced that Alyssa Farah Griffin, who served as White House communications director during the Trump administration but has since became a sharp critic of the former president, and CNN’s outspoken Trump critic Ana Navarro will be new co-hosts of the daytime gabfest. Farah Griffin is viewed as filling the “conservative” chair with the announcement, while Navarro will appear when available for the time being as she fulfills other commitments.

They take a role that has historically been occupied by women such as Meghan McCain, Elisabeth Hasselbeck and Candace Cameron Bure, but the attendees of CPAC Texas don’t think ABC News selected women who can properly articulate conservative view points.

“Oh, they will never have a true conservative on that show anymore. They pick people that are going to have their same point of view. If they were Trump supporters, they would never be on that show,” one attendee told Fox News Digital.

“How could that be a true conservative if they’re against Trump who is for everything conservative, for everything that America stands for. So it kind of goes against the definition, and it just sounds to me like it’s more people that are on their side and on their team and just going for one voice and not hearing the other side,” a CPAC attendee from Moms for Liberty told Fox News Digital.

An official co-host spot has remained vacant since McCain announced she was leaving in July 2021. For the past year, “The View” has relied on a series of guest hosts to fill the role until finally announcing Farah Griffin and Navarro, who both contribute to CNN.

“’The View’ has certainly gone down the tubes within the past couple of years anyway… so hopefully they’ll evaluate that choice. Bad choice,” another attendee said.

Farah Griffin was a loyal aide in the Trump White House, serving under Vice President Mike Pence and the Pentagon as well. However, her views have drastically shifted since she left the administration in December 2020. She has since assailed Trump as a threat to democracy and even expressed regret at working for him. She argues she hasn’t shifted politically, although National Review laid out last month how some of her public stances have moved on Trump, Jan. 6 and Hunter Biden.

CPAC 2022: TRUMP AMONG KEY CONSERVATIVES DESCENDING ON TEXAS WITH EYES ON MIDTERM ELECTIONS

“Well, obviously those ladies on ‘The View’ don’t have very much upstairs, so they need all the help that they can get, any way to bash Trump. So if they get anti-Trumpers on there, that’s what they’re all about,” another attendee said.

Critics on both sides of the aisle have suggested Farah Griffin shifted her views to make herself more palatable to the media with eyes on a high-profile gig.

Navarro, a left-wing Republican who supports Democrats, was also named as an official co-host, but won’t be appearing on the show full time for the foreseeable future. She is married to anti-Trump conservative Al Cardenas, who has been working with a George Soros-linked group that is attempting to take control of Radio Mambi, a conservative Spanish-language radio station based in Miami. Navarro has frequently appeared as a guest host and contributor over the years, endearing herself to the audience as a staunch supporter of liberal policies.

JESSE WATTERS EXPLAINS GOV. DESANTIS NOT APPEARING ON ‘THE VIEW’: ‘I’M NOT GOING TO BE YOUR TACKLING DUMMY’

Left-wing Republican Ana Navarro has been named as a new official co-host of “The View.”
(Screenshot/ABC/TheView)

Some attendees questioned if “The View” was still on the air, while others said they refused to watch a show that doesn’t represent their values.

Nikolas Lanum is an associate editor for Fox News Digital.

The Reality of MPV: Monkeypox Patients Speak of Loneliness and Pain

The Reality of MPV: Monkeypox Patients Speak of Loneliness and Pain