‘They got DeSanitized’: Mixed reactions after governor files complaint against Miami bar 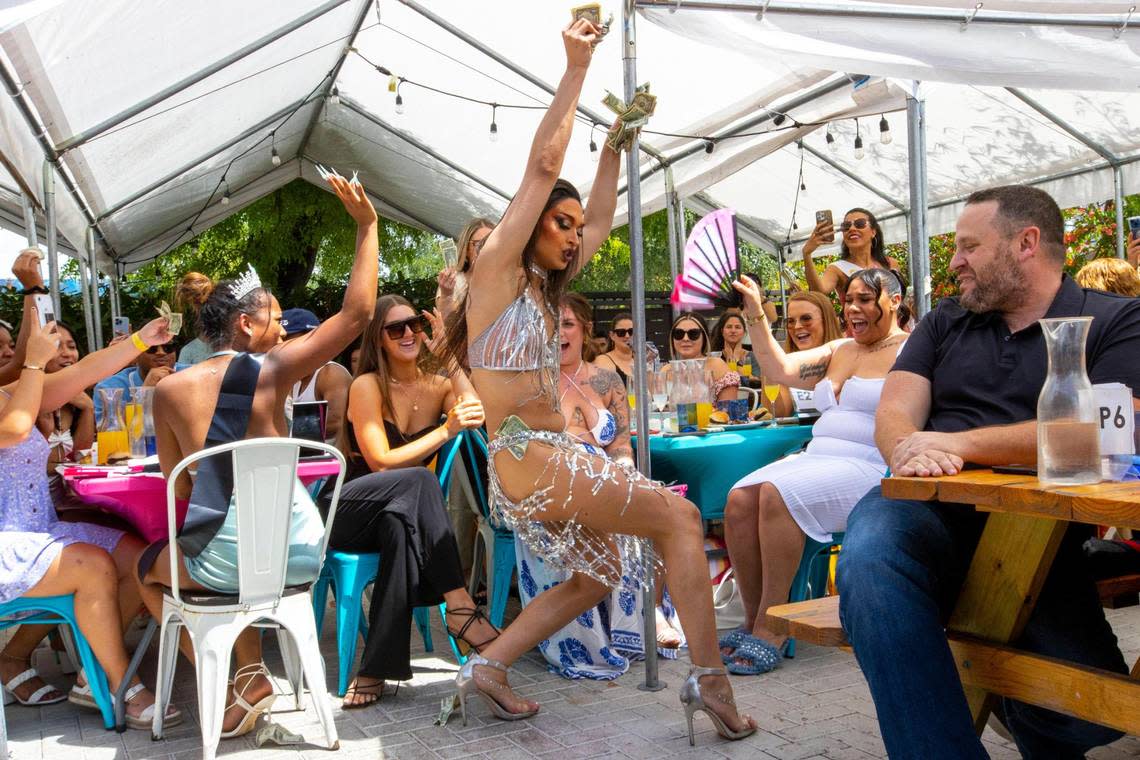 Festive Miami drag restaurant R House is caught in the crossfire. The popular Wynwood destination, where guests slug mimosas while watching elaborately dressed entertainers in sky-high heels gallivant about the space, is the target of a state complaint filed by Florida Gov. Ron DeSantis’ administration. The state alleges that the drag shows expose minors to sexually explicit conduct and could embolden pedophiles.

READ MORE: Here are photos of Wynwood’s popular drag restaurant that Florida is complaining about

The complaint tries to compare the drag shows to strip club performances, arguing the establishment should have its license removed and be declared a nuisance.

Earlier this month, TikTok user @nononoie shared a video of a still unidentified drag queen in a bikini, with bills tucked in the thong, leading a small girl in a tiara past diners. The text over screen read: “Children belong at drag shows! Children deserve to see fun & expression & freedom.”

The clip quickly went viral after conservative pundit Lauren Chen retweeted it, complaining, “These people belong in jail. This is a hill I’m willing to die on.”

On Wednesday, Chen posted that she was pleased by DeSantis’ camp’s action against the venue after the governor’s spokeswoman Christina Pushaw tweeted a National Review story about R House being under fire.

Chen reveled in the fact that the bar could lose its liquor license and possibly go out of business.

While some people sided with Chen and DeSantis, others were outraged that R House would be vilified and believe kids shouldn’t be shielded from this type of entertainment, however wild.

Andrew R, @kidcue, said the onus is on the parents to know where they are bringing their children.

User @starrfire71 called for DeSantis to be removed from office.

Another thought only the performer should be penalized, and not the owners.

“Drag show and children should not be in the same sentence,” said @VnSafeguard.

Another social media user, @Sigurd, reasoned that this bar is pretty much in line with the rest of the sexy U.S. city.

“I’ve also seen worse happen on the beaches of Miami, why aren’t right wingers also outraged about what kids are exposed to on a daily basis in public?”

Another person, @gunhomac, seems to have made up an original word: “They just got DeSanitized.”

R House is primarily a restaurant that serves Latin-inspired food, but its popularity among Miami locals and tourists skyrocketed because of its weekend drag brunches.

The brunches, which showcase performances by several drag artists and a DJ, have become so popular that reservations are booked weeks in advance.

On R House’s website, you are invited to join drag performers for a “truly unforgettable brunch” for $55 a person. The kid’s menu, $30, is for those up to age 12; they get a choice of two food items (e.g., French toast, cheeseburger sliders, Cayenne fried chicken) and “of course, our fabulous show.”