They Know Every Page of ‘The Book of Mormon’ 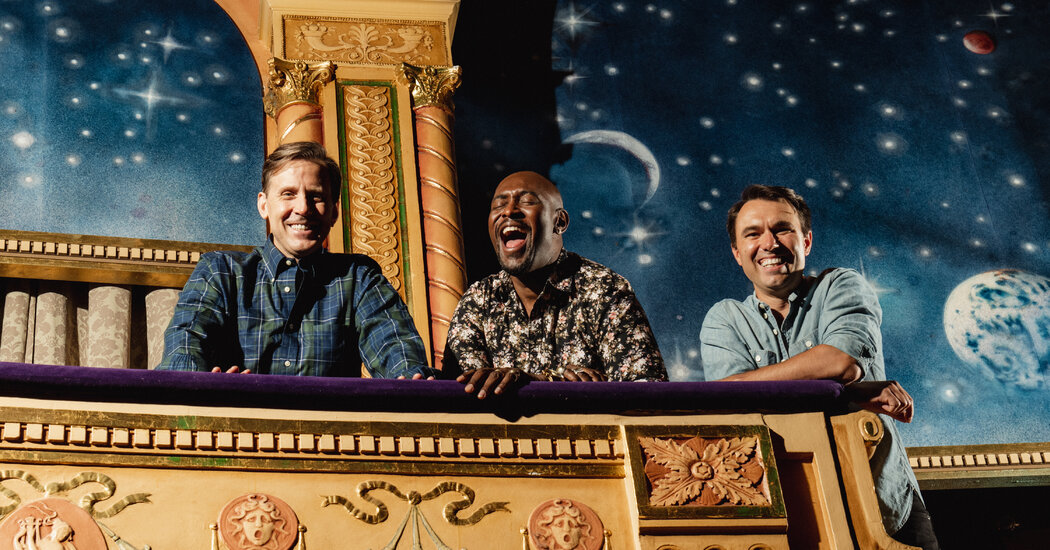 JOHN ERIC PARKER I had come straight from doing the Jerry Springer opera. So I had already said Jesus is gay and all of these other things. And then I got a phone call from Bobby Lopez, saying “this is where we’re headed, these are the lyrics, there is something underneath it.” As Bobby and Matt and Trey like to say, fart jokes are fart jokes, but if there’s nothing underneath, then it doesn’t matter. And when Bobby and I had the conversation, I thought, “OK, this is uncomfortable, but I’m game because it’s all about the conversation.”

LEWIS CLEALE When I was going to audition, I said, “I need to know what this is,” because there was very little on the page for me. So they sent me to a safe house that had security cameras. And I read the script, and I couldn’t really process it. And then I got to the “Hasa Diga” number and I read those words and I went, “This is impossible. They can’t. There’s no — how do you say those — I can’t even say the words.”

So I got the job. Day two, I remember calling my agent and he said, “What do you think?” And I said “I don’t know — that ‘Hasa Diga’ thing is rough.” He said, just go back another day. And the very next morning they ran “Hasa Diga.” Everyone knew each other. It was already staged. It was choreographed, and they had already had chemistry. And when they started the dance — there are two guys that leap in the air — I was completely overtaken by emotion. I was pinned to my seat and I said, “They’ve done it.”

What was the chatter like going into the first preview performance?

GRAHAM BOWEN Although we felt it was a hit, you start to think, “Have we convinced ourselves of this? Are other people going to see it this way?” And to watch the energy rise and wrap itself around the fact that this is an authentic, traditional, structured musical — the audience was basking in it.

Why do you think the show has endured for 4,000 performances?

CLEALE I don’t think there are a lot of surefire comedies on Broadway. If you walk in the doors, chances are you’re going to laugh — and you will probably laugh a lot. And that’s a rare thing. But I think with anything that lasts, it comes down to the creative inputs. Number one is writing. The writing is so tight, the jokes are so supported, the music fits the writing.