‘This is unbelievable propaganda from the Washington Commanders’: Clay Travis 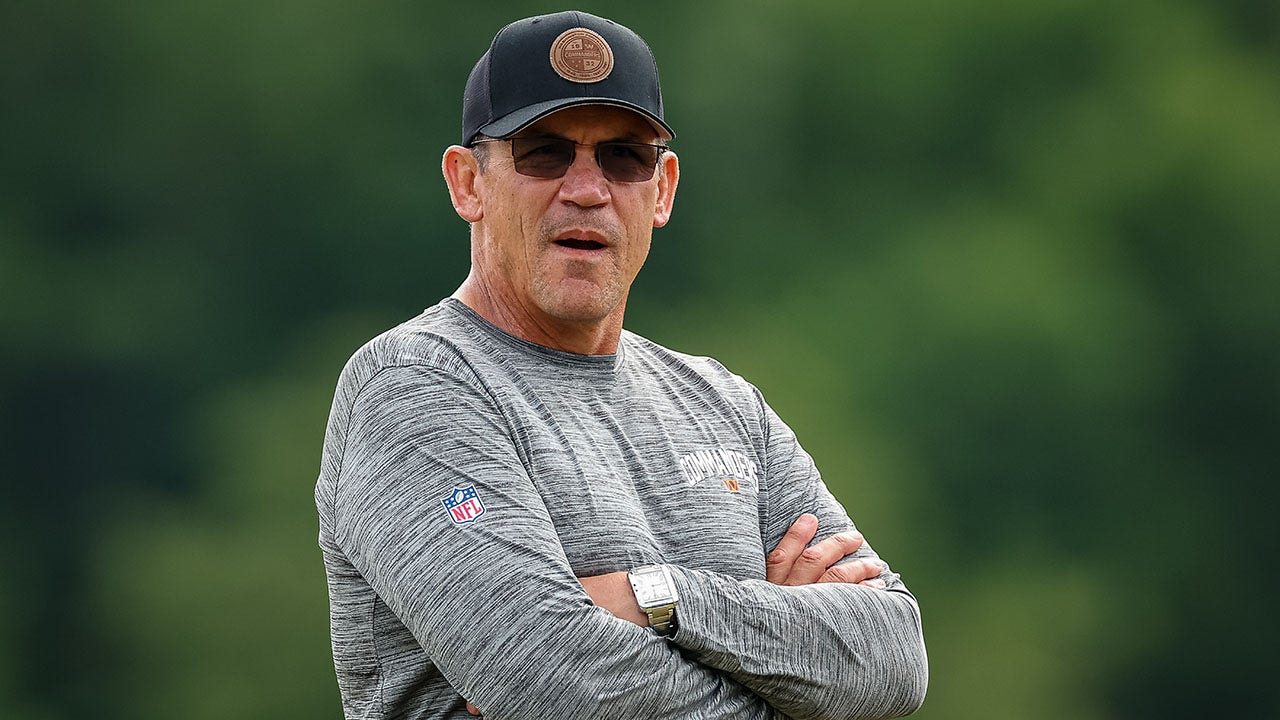 Clay Travis reacted to Jack Del Rio getting fined $100,000 for his comments on the January 6th riots and why it’s being treated differently than the BLM riots that went on for months in the summer of 2020.

Head coach Ron Rivera of the Washington Commanders looks on during the organized team activity at INOVA Sports Performance Center on June 8, 2022 in Ashburn, Virginia.
(Photo by Scott Taetsch/Getty Images)

Clay also noted that “these were not mostly peaceful protests, these were largely violent protests, and no one has conducted any kind of investigation to determine how did all of these riots happen in the summer of 2020 and who was behind instigating them?”

Clay continued by highlighting that if athletes can share political opinions in uniform and at work, then why can’t Jack Del Rio without facing any consequences?

The OutKick founder noted that if Del Rio were to fight this fine, he would have a lot more respect for him, especially because he even apologized for his comments, even though Clay thinks he shouldn’t have done that because his comments were valid.

“It’s hard to argue that this is anything other than content-based discrimination on behalf of an NFL franchise.”